After many years of waiting, finally Airtel 4G LTE is currently working fine in Nigeria today. Airtel 4G LTE service rocks live and very active discovered in Nigeria several locations, places like Ogun, Ibadan and Lagos state presently enjoy this new network support. This has been the problem to some customers back in years when Glo 4G LTE came to stay, but happily now Airtel has join the group.
This was discovered and narrate by subscribers whose observation were signaled to experience it on their phones. 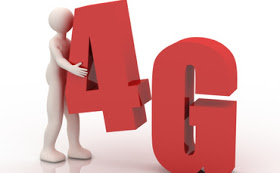 Based on Rating, Airtel is actually the latest telecom operator in Nigeria to release its 4G LTE service; MTN, Glo and 9Mobile did that a long time ago. Airtel 4G is  not a rumored case, it has been confirmed in 3 regions in Nigeria Ogun, Ibadan and Lagos, few report let us aware that this particular service will be shared among other cities in the country like Abuja, Kano and Port Harcourt. Airtel is running on Band 3 (1800MHz) which is compatible with almost all
Airtel 4G Speed Test Result
The below screenshot is a proof of the 4G speed tested in Ibadan. 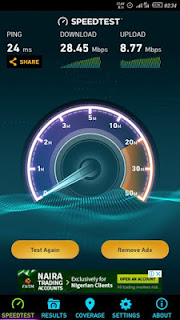 Having Heard This, How Do I Activate Airtel 4G LTE on my Smartphone?
It has easier than we could expect, in case of feeling to get it working on your sim, just head to available Airtel Zone, I mean Airtel network office close to you, write a letter of request, or tell them your purpose of coming is for SIM SWAP, ensure you go there with your SIM (default one), they will now register a new SIM bearing same mobile number as of the old one you owned.
Follow their instructions for activation of your new registration and approve, and working , now Airtel 4G LTE is working very fine on your device.
How to Check if Airtel 4G is Available in my State.
This where a lot of people will be frustrated and ineligible for use of 4G LTE, because it can only be use on 4G supported devices.
To search Airtel 4G, goto settings on your handset, » Networks >> Network operators >> Search networks. Waiting a minute, several networks will be display on your screen, signifying whether it available in your area or yet to be there.