LG V30 is the most recent flagship from LG. LG V30 is also the best flagship from the maker so far but the device was not launched with the latest version of Google’s operating system. It featured Andriod 7.1.2 Nougat, but just four months after the launch, the phone has started rolling out final update to Android 8.0 Oreo. 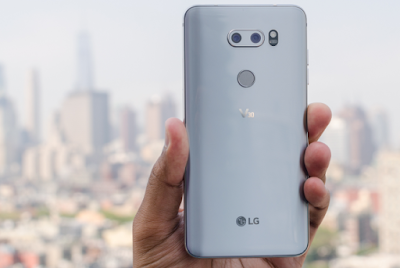 Reports from Korea have it that, some units of the device identified with the code V3000S have already been updated: the version of the firmware is Android 8.0.0 v19c.

According to report from U.S, a fan has also received Andriod 8.0 Oreo on the unlocked version of the phone. But we do not think it is OTA update, definitely the guy might have taken his firmware from other source. But according to the latest info, the latest update to Android Oreo should be coming soon in Europe and U.S. the US99819f firmware based on Android Oreo is already in testing.

For now, the exact date to which the LG V30 update will be rolling out globally is not yet known. Meanwhile, you can check if the update has hit your device by proceeding to the phone Settings menu. Just tap on Device info, then on Software updates, to check if it is available or not.

The expected update to Android Oreo is cool and will bring many new features on the LG V30. Among the most important ones there is an advanced picture in picture mode which will allow users to reduce apps as small floating windows on the display, so they can use other apps at the same time.

See other smartphone from LG
=> LG X Venture Specifications and Price in Nigeria & India
=> LG G6 Packs 4GB Of RAM, 32GB Memory & Others. Check It Out.