After the introduction of the latest versions of the evergreen 911, the Carrera S and 4S, Porsche is expanding the range again with the 911 Carrera and Carrera Cabriolet. And these will not be just fluffy, badge-engineered cars, nope. The 2020 Carreras are set to get model-specific turbo engines for one thing. Yas, yas. The one word that should strike fear into the hearts of your competition (and you, if you’ve ever gone over the edge in an original 911/930 Turbo). Either way, Porsche is back for another bite of the performance apple for 2020.

General knowledge Question For SSC C…
Highlands, Buttermilk Opening and Sum…
Africa to be the “Game Changer” of th…
Content is King and a Multilingual Bl…
Nusa Islands vs Gili Islands 2020 {Wh…

Obviously, this very much counts as good news, but what sets apart the Carrera models from the S and 4S?

For a start, like the 2020 911 S and 4S, the new Carrera and Cabriolet are motivated by a twin-turbo 3.0-liter flat six engine. For the Carrera, model-specific turbochargers crank out a very healthy 379 horsepower and 331 lb-ft. of torque. That equates to a nine horsepower bump from the previous 911 Carrera. The standard gearbox is the eight-speed PDK unit that allows the 2020 911 Carrera to hit 60 in four seconds flat. If you opt for the optional Sport Chrono Package, that time will drop to 3.8 seconds. Either time works out to an improvement over to the previous 911 Carrera Coupe with the PDK transmission.

The Cabriolet offers similar performance numbers. 60 mph comes up in 4.2 seconds or four seconds flat when you go with the optional Sport Chrono Package. The hardtop 911 Carrera reaches 182 mph, while the 911 Carrera Cabriolet can hit 180. Porsche goes out of their way to say this is the “top track speed.” Ain’t they cute. 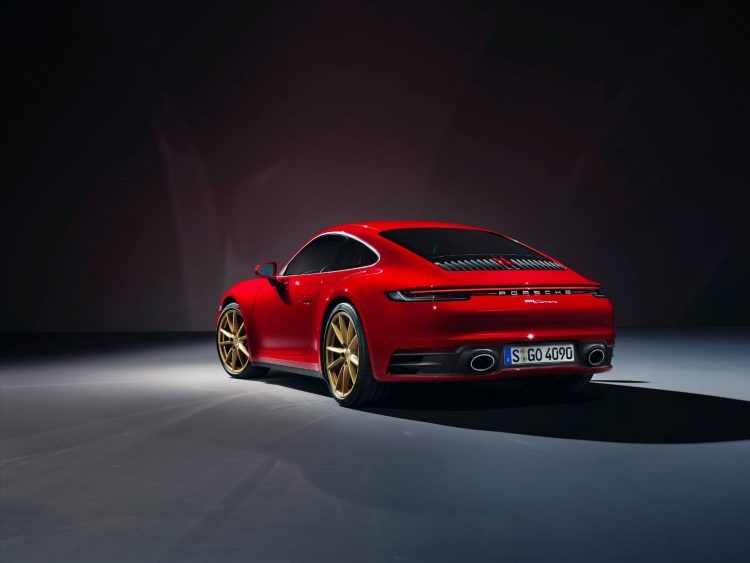 Both the 911 Carrera and Carrera Cabriolet come with Porsche’s Active Suspension Management or PASM. Just like on the Carrera S and 4S, this electronically-variable damping system comes standard and offers two selectable modes: Normal and Sport. The wheels have a staggered diameter with 19 inchers at the front and 20 inchers at the back. They are skinned with 235/40 ZR 19 and 295/35 ZR 20 tires, respectively. There’s an optional 20/21 inch staggered setup, pulled from the Carrera S and 4S.

Related: Better consult your doctor before driving the Porsche 911 Speedster.

Brakes, always a Porsche strong point, feature internally-ventilated and cross-drilled, grey cast-iron rotors. These are 13 inches, both front and rear, and feature black four-piston calipers. If you want to stop even quicker, Porsche’s Ceramic Composite Brakes are on offer. As on the S models, Wet Mode is standard equipment. Wet Mode automatically detects water and matches the stability control and anti-lock brake systems to suit. It even warns the driver. 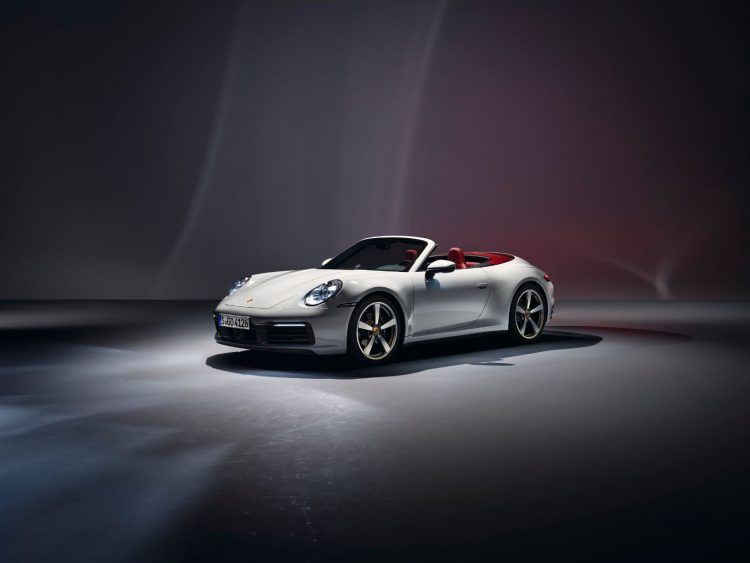 The outsides of the 911 Carrera models are set apart by their fender arches and front luggage compartment lid, reminiscent of classic 911s. There’s also that new, full-width LED light strip stretching across the rear. Get used to seeing that, it’s going to be a Porsche signature for a while. The only difference between the standard 911 Carreras and the S/4S derivatives are the exhaust openings. Standard 911 Carrera models feature a big rectangular, single-tube tailpipe on each side; while the S models get a set of round twin tailpipes on each side. The optional Sport Exhaust system is available.

On the inside of the new 911 Carrera you’ll find pieces previously introduced on the S models. This includes the seats, the centrally-positioned tachometer (a fine Porsche tradition), and the new Porsche Communication Management system. The five toggle switch buttons below the touchscreen make for a nice addition as well. 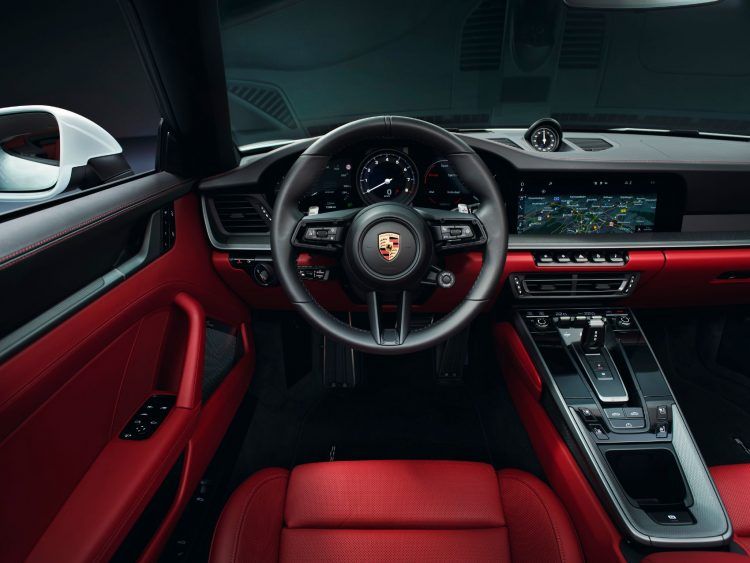 If you want one (and I bet you do), go ahead and put your order in now. Your car should reach dealers early next year, with the 911 Carrera ringing out at $97,400 and the Cabriolet retailing for $110,200. The next big news from Porsche: all-wheel drive versions coming soon!

Tony Borroz has spent his entire life racing antique and sports cars. He is the author of Bricks & Bones: The Endearing Legacy and Nitty-Gritty Phenomenon of The Indy 500, available in paperback or Kindle format. Follow his work on Twitter: @TonyBorroz. 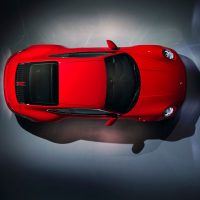 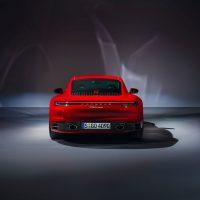 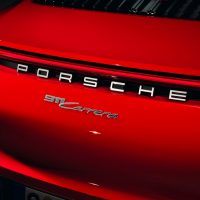 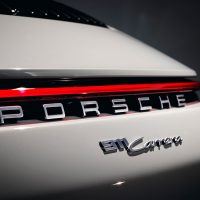 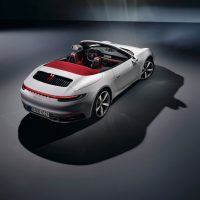 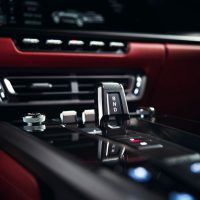