This New Rezvani Shows Why Modesty Is For The Birds

Let us welcome, fellow gearheads and speed freaks, the latest debutant to the world boutique supercars: The Rezvani Beast Alpha  X “Blackbird.” Yes, that’s it’s real name. No, it has nothing to do with insufferable Michael Bay movies (yet) nor is it a kid’s toy (yet). But it most definitely is part of the retinue of boutique supercars like Koenigsegg and Gumpert and Scuderia Glickenhaus.

For those of you not clued in, boutique supercars aim for a particular niche of an already niche market. Say you’re really rich. And say you want a car that both feeds your enormous ego and shows other people how rich and special you are. Buy a Ferrari or a Lambo or a McLaren? Are you daft?! No, no, no. You need something as unique and special as you are. Unfortunately, that also means you could wind up with something that’s as fly-by-night and structurally flawed as you are, but hey, you gotta be you, y’know? 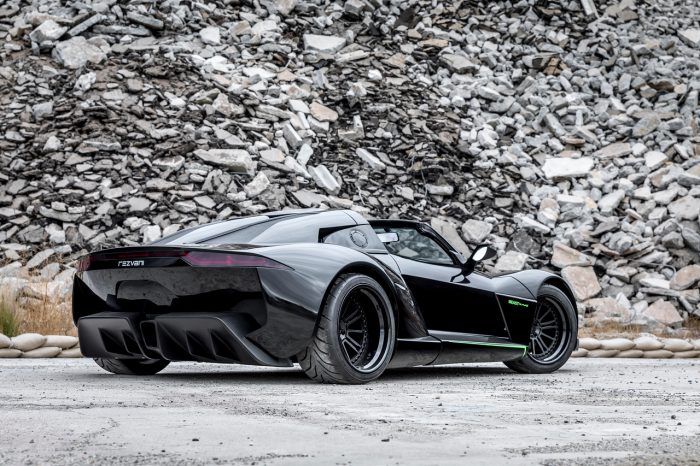 So you go out and get something like a Koenigsegg or a Gumpert or a Scuderia Glickenhaus, or Rezvani hopes, something like the Beast Alpha  X “Blackbird.” What the Beast Alpha  X “Blackbird” is, in many ways, is a rather “normal” example of what a modern supercar is. It’s smaller than you’d expect, mid-engined, and a two seater with a removable targa roof panel. Styling-wise it looks like what would happen if a Lotus Evora and any of this year’s Lambos had a baby. There are curves, but they’re largely mishandled, and there are, as one would expect, huge aero bits and pieces chopping off hunks of air here and cleaving it over there. The car has the subtlety of a 15-year-old’s drawing on his high school notebook. Then again, how subtle would you expect something named the Beast Alpha  X “Blackbird” to look?

Curiously, the Rezvani is an American-made boutique supercar. Orange County, California, to be exact. Rezvani even goes the whole way and builds their own engines. To my way of thinking, rolling out your own bespoke supercar and having it powered by something off the rack like a small block Chevy means you’ve just made a kit car with pretensions. 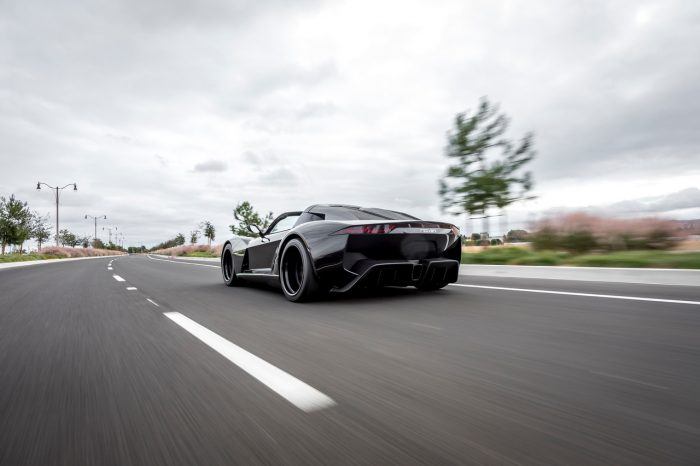 In the case of the Beast Alpha X “Blackbird,” said lump is an in-house designed and built . . . four cylinder. Wait, what? Yup, it’s motivated by a four-banger, albeit one that cranks out serious power. Rezvani says it’s a “reliable and powerful” 2.5-liter, 700 horsepower four-pot with a forced aspiration system driven by twin turbochargers. Apparently. Rezvani only mentions “turbocharger,” singular, but the engine pics on their website show two of them screwed onto the block. Whatever. Rezvani also says the turbo setup is “innovative and efficient” but does not give any details about how that is.

They do say the powerplants are built from the ground up using new Carillo racing forged pistons, rods, cams, valves, springs, and a Cosworth sourced ECU. Again, that’s kind of off the rack. Rezvani also states the engine “allows for a low cost of ownership and service,” which implies the thing won’t explode like a hand grenade, but still, 700 ponies from only 2.5 quarts and only four pistons seems like it’s asking a lot. Coupled to that plant is a close ratio 6-speed manual transmission or an optional sequential automatic box.

Also worryingly, Rezvani says it was designed with one thing in mind: brutal power. Brutal doesn’t sound like something that would go along with drivability does it? 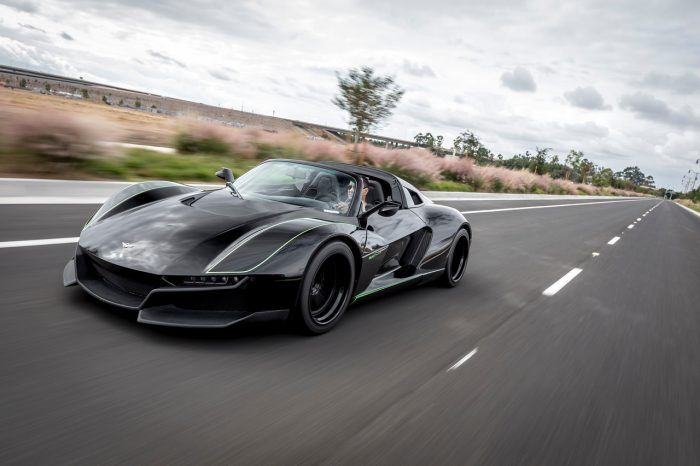 Since this is a boutique supercar, of course the doors are goofy and complex. Rezvani calls them SideWinder doors, and has even gone so far as to trademark the SideWinder name. They say the doors “provide a unique experience unlike any other,” but I’m not sure how they mean that. None of the pictures I see show how the things work. The seats are designed and built in-house, however, so that’s a nice touch.

The instrument cluster is a programmable dash display setup, with shift lights and shift points pre-programmed to tell the driver when to shift for maximum horsepower and torque. Unfortunately, the instrument cluster looks like they got it from a 1985 Corvette. That was cool when Cyndi Lauper was new, but less so now. All this carbon fiber bodywork, wrung 2.5 four-banger, and 2,150 lbs. of all-up weight equal one performance claim: zero to 60 in 2.9 Seconds. Which is impressive. They don’t say when you can get one but pricing starts at $225,000. That is before you begin adding stuff using the cute little configuration thing on their website.

Tony Borroz has spent his entire life racing antique and sports cars. He is the author of Bricks & Bones: The Endearing Legacy and Nitty-Gritty Phenomenon of The Indy 500, available in paperback or Kindle format. This New Rezvani Shows Why Modesty Is For The Birds