SUVs are, and rightly so, thought of as being rather more than a given person needs most of the time, and are, at best, not the most fuel efficient vehicles on the planet. Yes, this is all by and large true, but comparatively speaking, the new for 2018 Audi Q5 is actually pretty good on gas. Sure, it’s no Prius, but in comparison to its competition, it actually gets good mileage.

We’ll get to how Audi does this in a bit, but before we do, look at where they fall with regard to the competition.

Audi’s point is simply this: not all SUVs are gas swilling swine without capability for self-moderation. Audi gets its Q5 to return these (pretty good) numbers via the magical application of engineering, duh.

The Q5 achieves these fuel economy ratings (a +3 mpg improvement over its predecessor by the way) by using the new generation of quattro all-wheel drive, now with Ultra Technology. No, seriously. That’s how Audi says it. “Now with ultra technology” with the little Circle-R thingo and everything. It sounds like they’re selling laundry soap for starters, and I hate those Circle-R thingos, so I’ll simply refer to it as “ultra technology” from here on out but you can just imagine the rest.

Audi says the new quattro drive system with ultra technology is the most “radical evolution of quattro” since its introduction in the early 1980s. This all-conquering technology is what makes up the literally fearsome Quattro Coupe. Yes, I mean “literally fearsome.” Even with 500+ horsepower being delivered to the “pavement” through all four corners, the rally versions of the Quattro Coupe could snap on you like an inland taipan in a bad mood on the best of days. 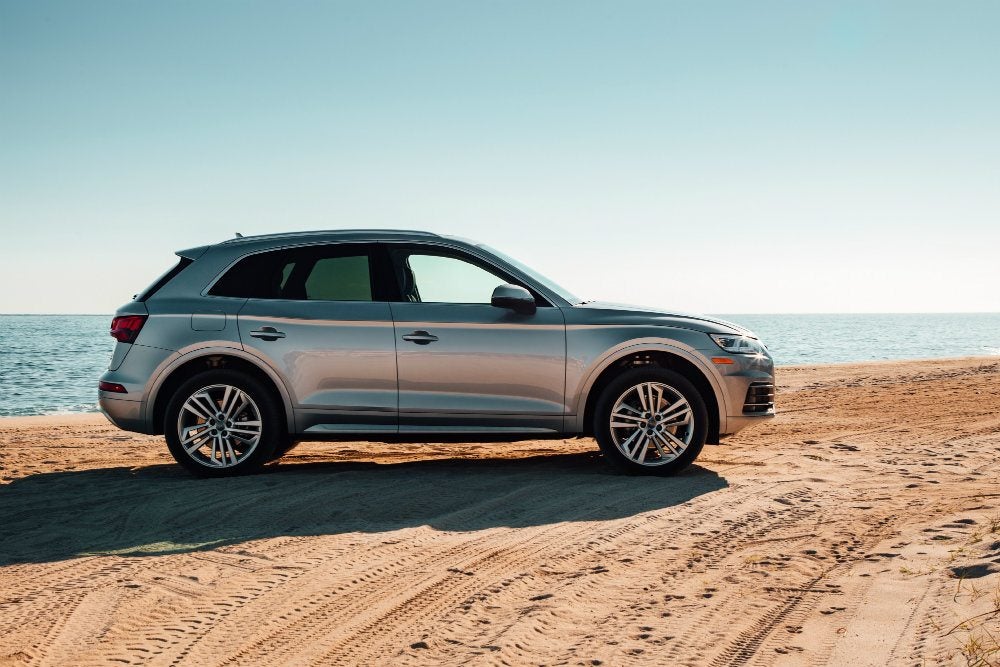 Audi’s ultra technology uses an electronically controlled multi-plate clutch, along with a decoupling differential at the rear axle to accomplish fully variable torque distribution. This allows the Q5’s all-wheel drive system to precisely adapt the torque application as the driver demands or the road conditions require.

And by “demand” and “require,” Audi means “like right now, Jack!” Unlike other on-demand all-wheel drive systems that can be very slow to engage, quattro ultra technology works electromechanically, and can be fully employed in under 250 milliseconds. There’s a whole slew of pins, levers, springs, and such that engage and disengage the unique, front-multi plate clutch to split the grunt between the front and rear as required. A clutch at the rear connects and disconnects the prop shaft and rear differential for maximum efficiency, which is also cool, thoughtful, and probably very expensive to fix when it breaks. 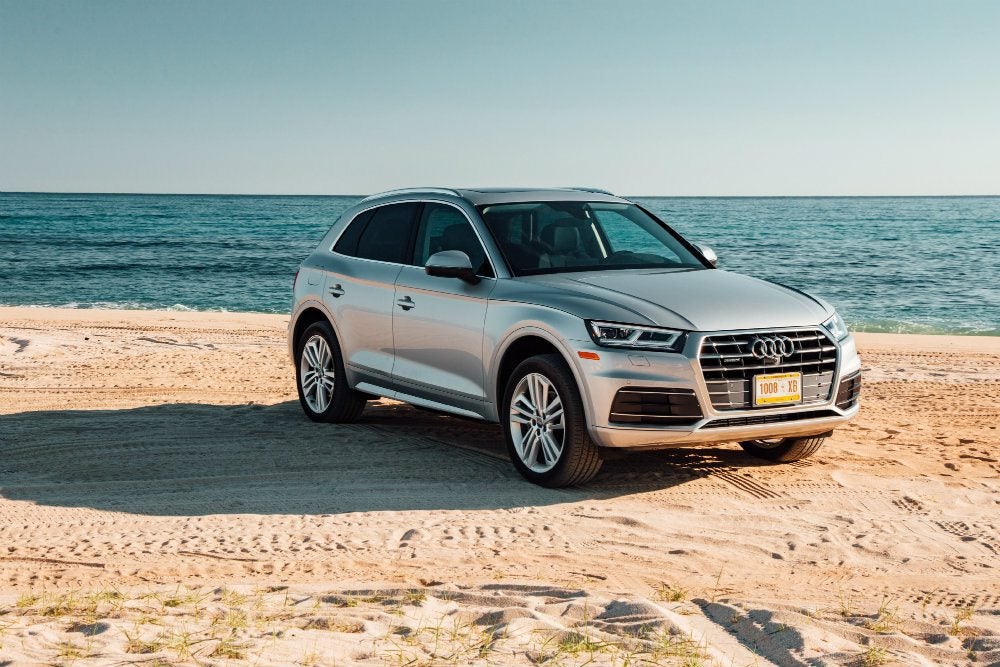 The quattro ultra technology has sensors to monitor numerous situations, such as wheel slip, cornering speed, and engine torque. All of this sensor data is crunched by a computer running simulations every 10 milliseconds and estimating what traction will be like 500 milliseconds into the future. So, when the ultra system anticipates that torque will exceed available traction, it engages in half the time before it is even needed, with no perceptible difference from a traditional all-wheel drive system.

The 2018 Audi Q5 features a new 2.0-liter TFSI four-cylinder engine, mated to a seven-speed S tronic dual-clutch automatic transmission. This mill puts out 252 horsepower and 273 lb-ft. of torque, allowing the Q5 to dash from 0 to 60 in 5.9 seconds, 1.1 seconds faster than its predecessor.

There’s a bunch of other techno-glop lathered onto the Q5 with a number of standard driver assistance geegaws. You get Audi pre sense basic and city, as well as infotainment (loathsome word) features that include the Audi virtual cockpit to help make the driving experience more pleasant. In short, the Audi Q5 turns out to be a stylish, efficient option in the SUV game – the video below explains more.