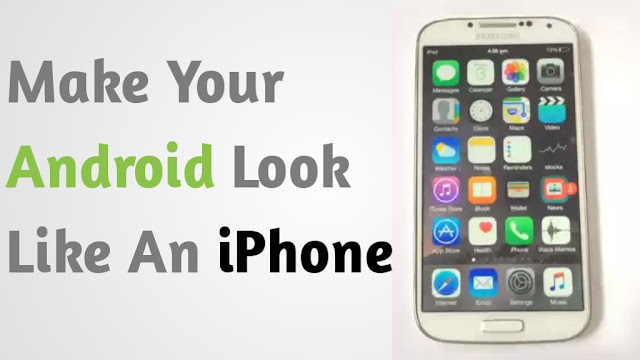 Easiest way to make your Android phone look and feel like iPhone. We are going to share the best app that can transform your android phone interface to that of iPhone.

So you want make your Android device look and feel like an iPhone huh? Perhaps you're getting tired or bored of the Android interface or you probably feel like doing some tweaking and you thought it'd be a bit more fun to make or transform your Android phone to iOS.

Android and iOS are the most successful best operating system for mobile phones. Whereby they have there tremendous features, yet some people think Android is better while others think twice. In my own case, I am one of those who think both OS are great. The ability to make your Android phone look and feel like the iPhone in every ramifications is 100% possibly while on the other hand iOS is totally not customizable and thus you can't possibly make it to look and feel like Android if you want to.

Its hard to make your Android phone look and feel exactly like iOS but with a little few essential iOS apps for android and some tinkering, you can get close to achieving your aim. There are lots of apps on the Google play store that claims they can make your android look like iOS but they all sucks. Yes they do! I have tried most of them and none gave me what I escalated. So today I am sharing the best iOS android apps that can get your Android dancing with an iPhone interface.

iLauncher is a powerful and official launcher made for the iPhones but was later developed for android operating system. If you can recall correctly, The iLauncher premium was once on the Google play store but later on, Google banned and got it removed on the request of Apple. But I was among the lucky dude who downloaded the app then and kept it for future purposes. There are some iOS apps remaining on the Google play store but none of them are even half as good or near as iLauncher. I won't even bother mentioning others here. iLauncher is the one you want, its smooth, fast and strikingly similar to the iOS interface. 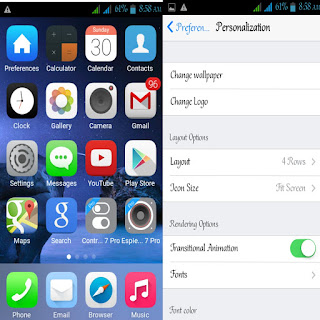 As said earlier, Google removed the most efficient iOS Android apps from the play store and thus leaving only the non-important ones. There's another developers whose apps are no longer on the Google play store. They are the Espier Team. Google removed there apps from the play store since they look exactly like the iOS apps due to copyright policy. But they are also going extra level to develop more iOS Android apps on there website and you can visit them by clicking here.

The Espier team have a huge collection of iOS looking Android apps and they're still developing more. Now we have to modify your android phone notification to look like iOS

Espier notification is a powerful app from the Espier team that can go tremendous length to change your phones notification bar and icon in just one click. Its stable, looks awesome and eye-catching iOS battery style. 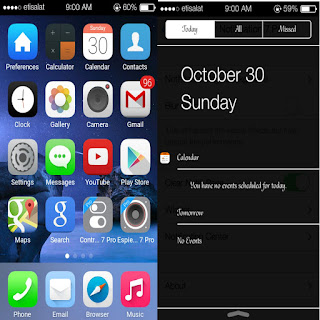 Control center is one of the best features the iOS has that gets Android users jealous. It is easy to access unlike the one in android that you have to pull down the status bar and then start navigating through it. 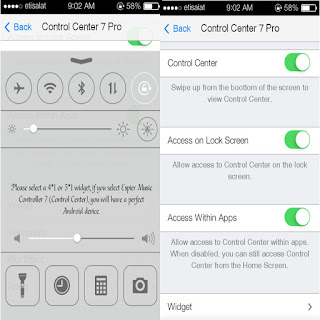 You can visit the Espier. website and download more iOS apps for your Android phone. Its totally save and can work both on rooted and non-rooted phones.

Once you compile the above mentioned apps, tweaking them to your liking then you're one step ahead of making your Android phone look and feel like iOS. If I miss anything then use the comment box to add more. Happy tweaking and customization of your phone!.

Koan #6
I was nervous about switching therapi…
Can CBD oil be addictive?
طرق الحفاظ على بطارية الهاتف
What is Google Ads and Types of Ad Ca…