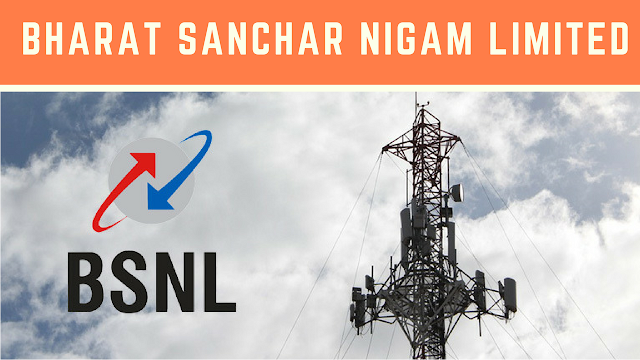 Bharat Sanchar Nigam Limited (abbreviated BSNL) is an Indian state-owned telecommunications company headquartered in New Delhi. It was incorporated on 15 September 2000 and took over the business of providing of telecom services and network management from the erstwhile Central Government Departments of Telecom Services (DTS) and Telecom Operations (DTO), with effect from 1 October 2000 on a going concern basis. It is the largest provider of fixed telephony and broadband services with more than 60% market share and Fifth largest mobile telephony provider in India. However, in recent years the company's revenues and market share have plummeted into heavy losses due to intense competition in the Indian telecommunications sector.Bsnl is India's oldest communication service provider and had a customer base of 93.29 million as of June 2015. It has footprints throughout India except for Mumbai and New Delhi, which are managed by Mahanagar Telephone Nigam (MTNL).


BSNL announced the discontinuation of its telegram services from 15 July 2013, after 160 years in service. It was opened to the public in February 1855; it was upgraded to a web-based messaging system in 2010, through 182 telegraph offices across India.
Bharat Sanchar Nigam Limited, A Public Sector Enterprise also provide Fibre to the home plans which are generally known as FTTH broadband service. It is the fastest broadband service which has been started by the BSNL. BSNL FTTH service can provide the speed up to 100Mbit/s to the Internet users.
As per Telecom Regulatory Authority of India Report dated 19 Feb 2016 BSNL has the 4th position in Broadband market share. It has a broadband market share of 14.54% as on 31.12.2015. In wireless segment, it is on 6th position with 8.16% of market share as on 31.12.2015.

BSNL is commissioning a multi-gigabit, multi-protocol, IP infrastructure through National Internet Backbone-II (NIB-II), that will provide services through the same backbone and broadband access network. The broadband service will be available on digital subscriber line technology (on the same wire that is used for plain old telephone service), spanning 198 cities.
NIB-II would have put India on par with more advanced nations. The services that would be supported include always-on broadband access to the Internet for residential and business customers, content-based services, video multicasting, video-on-demand and interactive gaming, audio and video conferencing, IP telephony, distance learning, messaging, multi-site MPLS VPNs with Quality of Service (QoS) guarantees. The subscribers would have been able to access the above services through Subscriber Service Selection System (SSSS) portal.


The service will be given through Multi-Protocol Label Switching (MPLS) based IP infrastructure. Layer 1 of the network will consist of a high-speed backbone composed of 24 core routers connected with high-speed 2.0 Gbit/s(STM-16) links.

BSNL Mobile (formerly CellOne) is an Indian mobile network operator, operated by the public enterprise BSNL. It provides both pre-paid and post-paid mobile services as well as many value-added services. BSNL Mobile has a pan-India presence with the presence in all the 21 telecom circles in India. BSNL Mobile provides all of India with roaming access, including Delhi and Mumbai, and International roaming access to more than 300 networks across the world.

The company's CellOne network (GSM/GPRS) was launched in late 2002 and has coverage in major cities and towns and more places are being covered. BSNL Mobile offers both GSM as well as CDMA prepaid and postpaid services. CellOne was renamed BSNL Mobile in 2007.