The PlayStation 4 is not a gaming console anymore, instead, Sony have designed it to be a complete media center solution for its owner. Not only does it contain a massive hard drive to store all your games rather than using a disk it also becomes a video streaming box, a music station or a simple internet browser to surf the internet.
A huge selection of apps on the PS store powers this next generation gaming machine, giving users’ the ultimate entertainment experience. But with all that said, the PS4 practically has no solutions for lingering online issues like DDoS attacks, geo-restrictions on various entertainment services, data hacks on the PS Network and region locked games.
I would have suggested other tools, but, during my years as a gamer the only tool that has proven their ability to resolve these issues are VPN (Virtual Private Networks).

How to Setup a VPN on PS4

Remember there are two easy ways to configure it:

But before Setting up the PS4 VPN, you’ll need the following prerequisites:

Once you have all these 4 things marked out on your checklist, you’re ready to set up your PS4 VPN.

Setting up Your PS4 VPN on Windows 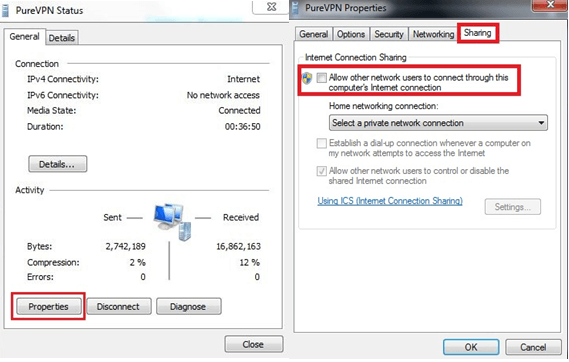 Now we need to go to the PS4 console’s Settings to see if the shared connection is up to the task. 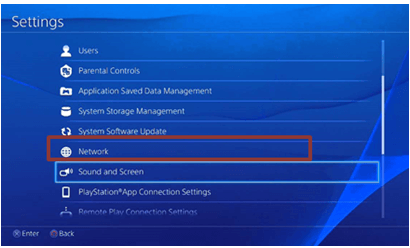 Using a VPN for PS3 for Netflix Streaming

Ever since the PlayStation store hosted the Netflix app for the PS3 and PS4 it has left the gaming console category and joined the entertainment console list. The Netflix app is available to download directly from the Play Station store and works in all countries that have an official Netflix mirror.

Like the website version of Netflix, the PS3 or PS4 version is also region restricted hence does not allow using the US Netflix library. This is where a VPN for PS3 comes in and does the same job as it does on a PC or mobile device.

In case you only use VPN for PS3/PS4to watch Netflix US or UK, then it is highly recommended that you configure the PS4 VPN on your router. This will save you the trouble of turning on the VPN every time and will always be configured to use a US VPN server.

The Best VPN Services for the PS4 Console

Deciding which VPN service is best for your PlayStation 4 console is not a matter of reading reviews or taking someone’s recommendation for it. This requires proper testing over your broadband connection to ensure the PS4 VPN service is fast, provides ample privacy & security, and has a stable connection.

There are some factors that you should definitely consider before subscribing to a PS4 VPN. These include:

Make sure your chosen PS4 VPN offers serves in the UK, USA, Canada, Australia, Germany, Netherlands, and Singapore. These are very essential servers for most gamers who wish to buy new games and play certain FPS or MOBA titles.

Having someone to support and assist you in time of peril is always amazing. Some providers offer their customer support all day throughout the year. Some PS4 providers even offer remote desktop support to ensure you don’t have to do anything.

Guides and tutorials are necessary for intermediate and advanced PS4 VPN users’ allowing them to easily configure their VPN service without much hassle. Usually most providers offer complete tested tutorials for gaming consoles to ensure PS4 owners are never left stranded in times of hurry.

Both times the PS4 network was DDoS’d was during the last two Christmas seasons, the busiest period for gamers around the world. While the 2014 attack by the lizard squad was stopped by Kim Dot Com, the 2015 attack continued for the holiday season.

A VPN can secure you from the DDoS attack but the PS4 network will still remain affected keeping you & your device safer. We recommend choosing Dedicated IP VPN providers to get the best security against DDoS attacks and data breaches.

Probably the most important of them all is the speed that you get after connecting through with a PS4 VPN service. Always consider either trialing or testing a VPN service before committing in the long run. Usually VPN providers for PS4 establish that your connection speed will fall by 25% to 45%.

We hope you find our guide helpful in setting up your brand new PS4 VPN. Secure your network from DDoS attacks, buy games from other regions and game online securely in different regions with only the best VPN for PS4 consoles.

DO let us know if you are having issues setting up your PS4 VPN, simply leave a comment below. If you have other queries or would like to see more guides just let us know in the section below.