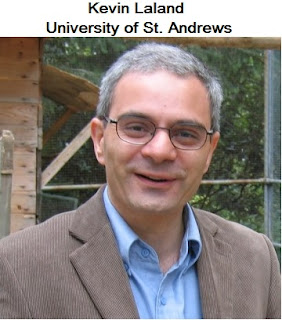 Kevin Laland has just published another critique of modern Evolutionary Theory. This one appears in Aeon [Evolution unleashed]. His criticism is based on a naive and outdated view of modern evolutionary biology. That view has been widely criticized in the past but Laland continues to ignore such criticisms [e.g. Kevin Laland's new view of evolution].

The Friday Roundup – Cinematic Shot S…
Do humans matter? Do you think you re…
10 Interesting Things to Do in Peru: …
Beard Shaping: 11 Must-Know Tips to P…
Develop a Nutrition and Diet App like…
Here's how he describes the state of modern evolutionary biology.

If you are not a biologist, you’d be forgiven for being confused about the state of evolutionary science. Modern evolutionary biology dates back to a synthesis that emerged around the 1940s-60s, which married Charles Darwin’s mechanism of natural selection with Gregor Mendel’s discoveries of how genes are inherited. The traditional, and still dominant, view is that adaptations – from the human brain to the peacock’s tail – are fully and satisfactorily explained by natural selection (and subsequent inheritance). Yet as novel ideas flood in from genomics, epigenetics and developmental biology, most evolutionists agree that their field is in flux. Much of the data implies that evolution is more complex than we once assumed.

Count me as one who is confused. I don't believe that modern evolutionary biology is the same as the synthesis from 50 years ago. I think it changed considerably in the late 1960's to incorporate the latest discoveries in population genetics. It expanded to place more emphasis on random genetic drift and Neutral Evolution. Those were significant changes. Modern evolution textbooks are very different from those in the 1960s.

Let's take a look at one of these textbooks. The following quotation is from Evolution (2nd ed.) by Douglas Futuyma (p. 322). This is not the latest edition; it was published in 2009. 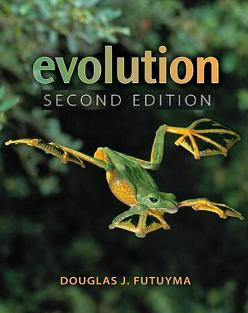 In developing the theory of selection so far, we have assumed an efffectively infinite population size. However, in a finite population, allele frequencies are simultaneously affected by both selection and chance. As the movement of an airborne dust particle is affected by both the force of gravity and by random collisions with gas molecules (Brownian movement), so the effective size (Ne) of a population and the strength of selection (s) both affect changes in allele frequencies. The effect of random genetic drift is negligible if selection on a locus is strong relative to the population size—that is, if s is much greater than 1/(4Ne), i.e. if 4Nes>1. Conversely, if s is much less than 1/(4Ne) (that is, if 4Nesnearly neutral. The critical value is 4Nes: genetic drift predominates if selection is weak or the effective population size is small.

The blind worship of natural selection is not evolutionary biology. It is arguably not even science.

Michael Lynch
Thus, even something as fundamental as the idea that adaptations are "fully and satisfactorily" explained by natural selection is not part of modern evolutionary theory. It's been known for many years that both selection and drift play important roles in adaptation [Learning about modern evolutionary theory: the drift-barrier hypothesis].

The statement in Futuyma's textbook was not the way evolutionary biologists thought about evolution in the heyday of the Modern Synthesis back in the 1950s. This change in our way of thinking about evolution may not have been a "paradigm shift" but it was pretty close.

I want to make two points. 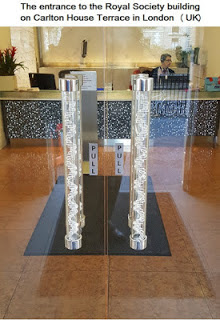 Douglas Futuyma, and others, made these points repeatedly at the 2016 Royal Society conference on EES [The Extended Evolutionary Synthesis - papers from the Royal Society meeting]. Not only did they explain the changes in our way of thinking about population genetics since the 1960s, they also described other developments over the past 50 years that have been incorporated into modern evolutionary theory and our understanding of the history of life.1

Apparently, Kevin Laland and his EES colleagues weren't paying attention during that part of the meeting.

1. The history of life is not the same as evolutionary theory. Evolution is the underlying process that explains the history of life. Our understanding of developmental biology helps us recognize the particular directions that lineages took over the course of millions of years but evolution still requires changes in the frequencies of alleles in a population and that's what evolutionary theory is mostly about [Replaying life's tape].

This post first appeared on Sandwalk, please read the originial post: here
People also like
The Friday Roundup – Cinematic Shot Sequences & What Audiences Want
Do humans matter? Do you think you really matter?
10 Interesting Things to Do in Peru: The Sacred Land of the Incas
Beard Shaping: 11 Must-Know Tips to Perfect Beard
Develop a Nutrition and Diet App like Foodvisor and Become The Next Big Name In The eHealth Industry.
Taking a Holistic Approach to Employee Safety
What Certification Is Needed To Inject Botox?
As Cities Grow in Size, the Poor ‘Get Nothing at All’ Study Show
Artificial Embryo Created from Human Skin Cells
Theme-Story Integration Part 8 - Game Theory And Public Relations