Bitcoin Wallet Apps or How to Develop a Blockchain-Powered App 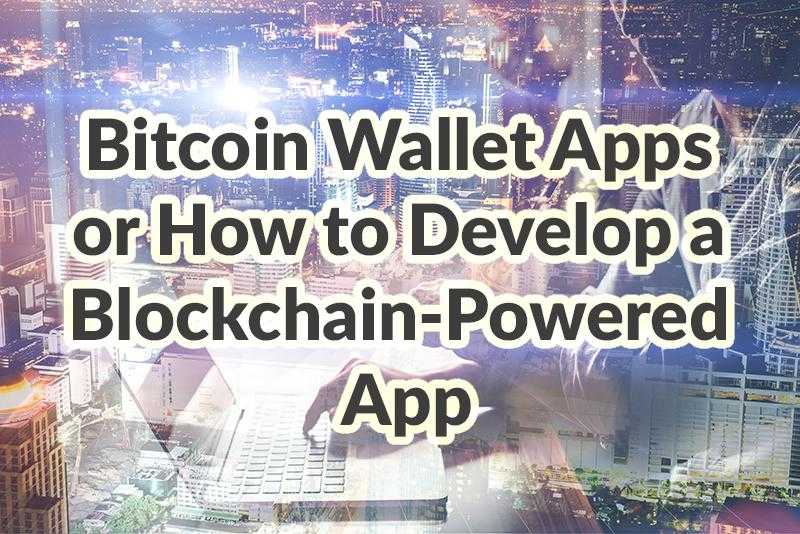 So much has changed over the last ten years.  Mobile phones turned into smartphones, headphones no longer need wires to deliver music into our ears, the number of Internet users is growing faster than one could imagine, and new technologies emerge every day. Not so long ago people transferred money from one bank account to another right from their laptops. Later they had to acknowledge the fact that there is a new, completely virtual currency out there. And further now there are wallet apps to manage our virtual money. Isn’t it amazing?

Telegram Marketing solutions
Portfolio Review: Happy Birthday, Par…
The Most Lucrative Online Jobs
Comparison Between The 3rd Ranked & 2…
How to Create a Customized Diet and W…

Introduction to the Bitcoin world

As mentioned in the Cryptocoins News, the term cryptocurrency states for a medium of exchange that works the same way as any other currency such as EURO or USD. However, the mission of cryptocurrency is to ensure the security of transactions and to keep under control the process of new coins creation.

As it’s relatively clear what cryptocurrency is about, let’s take a look at the most popular example of a cryptocurrency. Meet Bitcoin – the first virtual currency created in 2009 by an anonymous developer known as Satoshi Nakamoto. It’s him (or her) we should be thankful for having a digital currency not controlled by any country or person.

The entire Bitcoin thing won’t be possible without a unique blockchain technology that is usually referred to as the new Internet. Blockchain allows digital information to be distributed, but not copied. To put it differently, blockchain is an open ledger of all Bitcoin transactions that have ever been made.

What are Bitcoin wallets and why there are apps for them? ‘Bitcoin wallet’ is an equivalent of a regular bank account making it possible to receive and send Bitcoins, as well as store them securely. There are Bitcoins wallets of two types – hardware and software. Both are exactly what they sound. In this article, we’ll focus mostly on the latter.

Why Paying in Bitcoins and Using Bitcoin Wallet Apps in 2017

Over the last five years, the price of Bitcoin has grown by 20 607% and a number of Bitcoin transactions has surpassed an equivalent of US $100 billion – and for good reason.

In the case with traditional money transfers, you need to wait for a certain period of time before the funds become available. What’s more, banks tend to charge transaction fee from both recipients and senders. As for transactions with Bitcoin, the process tends to be far faster and oftentimes with no fees.

When countries go through economic crisis, sometimes banks decide to take back all the uninsured deposits (this is exactly what happened in Cyprus a couple of years ago), which may affect local population. In the case with Bitcoin, it’s not possible. Since the currency is decentralized, it belongs to people, not governments or countries.

No fraud can steal your payment info from merchants because you don’t have to reveal any secret information. A user has special keys – one public and one private – and when he or she sends Bitcoins, they must combine the first with the second. These two keys work together with an applied mathematical function.

The biggest problem with classic currencies is that governments hold the right to print as much money as they want, which makes the currency lose its value. As it’s been stated by the Bitcoin’s creator, a number of Bitcoins would never surpass 21 million. So yes, this currency is protected from inflation.

If a person has Bitcoins, his or her account is not owned by any third party. It means that nobody can take your digital money away. What’s more, smart Bitcoin users can invest in equipment and mine their own Bitcoins in case they have enough computing power.

Technologies Required to Integrate Bitcoin Payments into a Mobile App 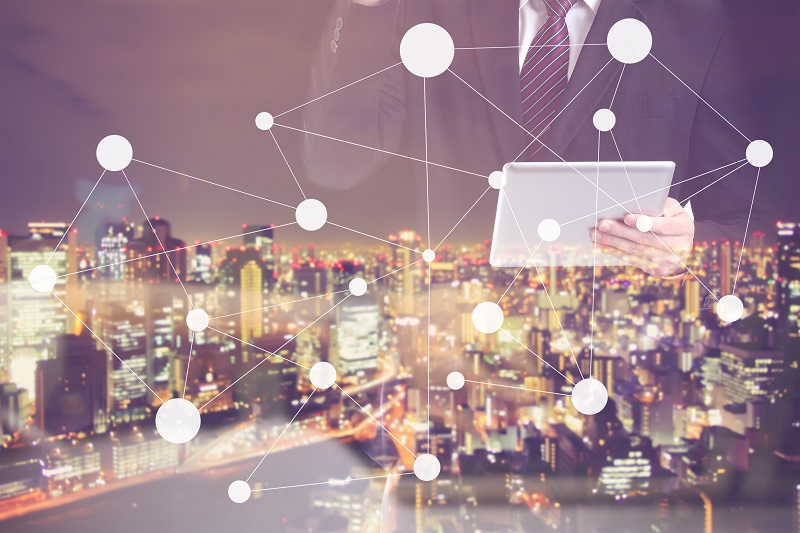 Bitcoin wallet apps are relatively easy to implement. There is a number of libraries with standard functionality that serve to synchronize with the blockchain. They make it possible to work with the protocol of Bitcoin and perform the functions of a Bitcoin wallet.

Plus, there are services that provide ready-to-use API for the blockchain. Their goal is to provide a secure Bitcoin infrastructure developers can benefit from when integrating Bitcoin features into their products. Great examples are helloblock.io, toshi.io, insight.is to name a few.

For businessmen who plan to build a Bitcoin wallet app from scratch, it’s also a good option. All the standards you and your team of developers might need during the process can be found in public sources.

Made by the creators of the Blockchain, Bitcoin Wallet is the most popular Bitcoin wallet app out there. With all the features you can imagine  this app is the most trustworthy one. No doubt about that.

One of the most popular Bitcoin wallet apps on the market, Mycelium ensures 100% control of users’ private keys, requires no block chain download, and boasts a record fast connection to the Bitcoin network. Available for both iOS and Android users.

Initially launched for iOS users only, Breadwallet is now available for Android users too. This app provides users with a total control of their private keys, features easy-to-understand user interface, and provides a password support.

Another great example of a Bitcoin wallet app is Copay. This app allows users to securely store multiple Bitcoin wallets, while making it easy to keep business and private funds separated. Copay is built on a hierarchical-deterministic (HD) wallet technology, which ensures the security of wallet generation and its backup.

While the majority of features of this Bitcoin wallet app are the same as of its competitors, it still offers something unique. For instance, Airbitz can autocomplete contacts from an address book of a user and send an Email payment request based on this information.

GreenBitz is another telling example of a popular and well-thought-out Bitcoin wallet app. It is a multi-signature digital wallet supporting some hardware wallets, including Ledger and Trezor.

Coinbase from San Francisco is a platform for Bitcoin exchange. At the moment, however, there is a Coinbase app with a built-in wallet for Bitcoins available for both iOS and Android users.

At the moment, Electrum is a leading lightweight Bitcoin wallet app on the market. Now it is only available for Android users, but the company is planning to launch an iOS version soon.

Known as one of the oldest Bitcoin wallet apps, Schildbach is still popular among Bitcoin users. Initially, the app required to download the whole Blockchain, but soon enough the process was simplified. Today the app connects directly to the network.

The last great Bitcoin wallet app on the list allows you to deal with Bitcoin transactions by scanning QR codes or using a touch-to-pay feature. What’s more, the app allows users to share transaction data through Bluetooth. 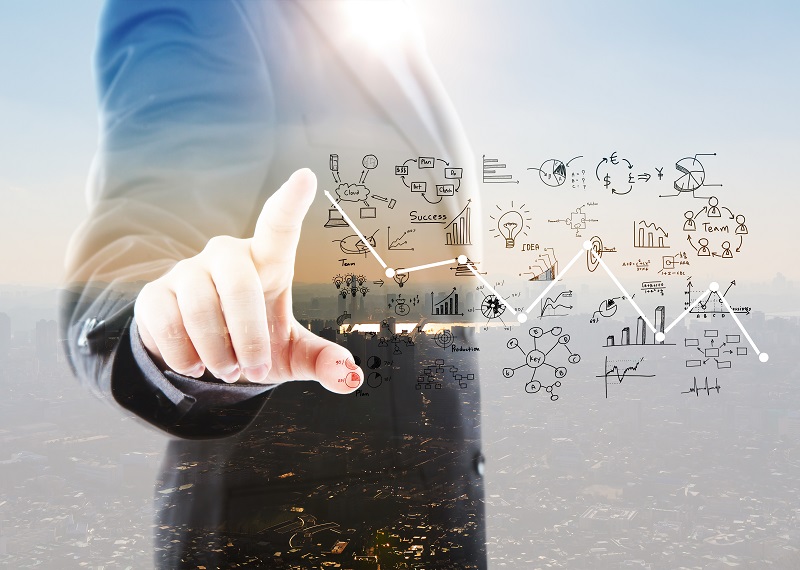 The team of mobile app developers at Adoriasoft has researched all the apps mentioned above. As a result, we have rounded up a list of features that a killer Bitcoin wallet app should include. If you decide to make a Bitcoin wallet app with Adoriasoft we’ll make sure your future app will have most of the following key features:

This one can help tremendously in terms of privacy and security. This easy-to-implement feature makes it hardly possible for frauds to follow the ownership of coins.

As Bitcoin system does not allow charge-back, this feature will obviously be of a great use.

Another feature that can improve the security of all transactions. It would be smart to let users decide whether to enable 2-factor authentication or not, building this feature sure won’t hurt.

One more security protection measure is to develop an auto logout feature. This way, it won’t be possible for strangers to use the wallet if a smartphone has been stolen or lost.

Although not all Bitcoin wallet app users might use the feature, some people will sure find it beneficial.

This one will be especially popular for those using their Bitcoin wallet apps for business. Recurrent payments save time and effort, so why not making this feature a part of your app?

Although building a blockchain-powered app might not be a rocket science, it’s evident that working with this technology requires a high level of expertise and skills in development. At the same time, it’s safe to say that Bitcoin wallet apps are on the list of the most up-and-coming business ideas. So leave all doubts behind and hire a team of professional mobile app developers to create a killer Bitcoin wallet app for your business.

Mobile app developers at Adoriasoft have over 8 years of data security and complex encryption algorithms creation in addition to top-notch app development. We’ll be happy to implement your Bitcoin wallet app or any blockchain-powered app. Simply contact Adoriasoft today with your project details and we’ll provide you a free project estimation.

The post Bitcoin Wallet Apps or How to Develop a Blockchain-Powered App appeared first on Adoriasoft.

Bitcoin Wallet Apps or How to Develop a Blockchain-Powered App