Why To Convert iOS App To Android Right Now 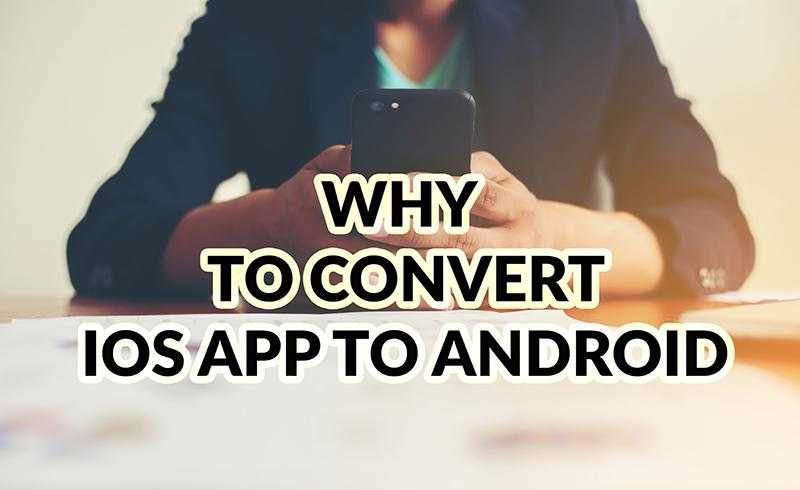 There are two things you need to learn for starters if you’re thinking to Convert Ios App to Android. First and foremost, there are officially more smartphones than people on our planet. Second one, which is a logical consequence of the first – these years mobile web browsing overtakes desktop browsing for the first time in history. In case you think it’s just another hype, you’ll be surprised to learn that the trend is gaining momentum. In today’s reality there are more mobile devices, more mobile users, and more mobile-friendly solutions than ever.

Telegram Marketing solutions
Portfolio Review: Happy Birthday, Par…
The Most Lucrative Online Jobs
Comparison Between The 3rd Ranked & 2…
How to Create a Customized Diet and W…

Given this, it comes as no surprise that businesses of all industries and sizes bet on mobile-friendly websites and native apps. Companies are putting effort to meet or sometimes even exceed the expectation of current and potential users. So no wonder that there are over 2.8 million Android apps and 2.2 million iOS apps available on the market.

This statistic points unambiguously to one thing: apps are king. If you take a look at top companies in virtually any industry you’ll see that they all have a beautiful app of their own. Consider Airbnb, Skyscanner, Medium, Nike, Amazon – they all have greatly-developed mobile apps.

Android vs iOS: Which Market to Focus On?

While it’s clear that apps can bring benefits to your business, there is one question that remains unclear. All mobile applications fall into two camps – Android apps and iOS apps, and sometimes you have to decide which market to focus on first. Let’s take a look at the most recent statistics out there.

Although it might seem like the majority of people prefer iOS over Android, the data states exactly the opposite. The percentage of Android users fluctuates around 80 percent, while the share of iOS users seems to have hard times surpassing the point of 20.

What’s more, it is absolutely clear that Android has been remaining in the growth mood during the last years. Its market share has grown from 79.6 percent to 86.8 percent between the last quarter of 2015 and the third quarter of 2016.

If you’re still in doubt, take a look at Android’s growth curve featuring progress of the last 7 years. You’ll see that Android’s market has been growing steadily over this time, and there are grounds to assume that the trend will persist.

Basing on that, it becomes clear that if you’re planning to launch the first app for your business, you should start with Android. But what if you already have an iOS app? Are there any reasons to spend money and effort to convert iOS app to Android? Let’s dig deeper into the question to strike on truth. 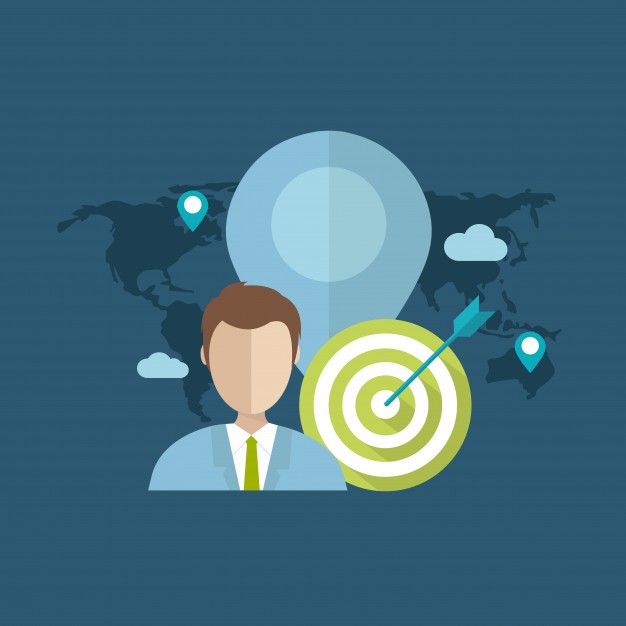 As you can see from the statistics mentioned earlier in this article, Android dominates over iOS on a global level. In other words, if you only have iOS application at the moment, you’re losing 80 percent of potential customers. Surely, it doesn’t mean that everyone on Android will be interested in what you offer. Nevertheless, a certain percentage will obviously convert from strangers into leads and customers. If it’s what you need then convert iOS app to Android.

Before you start, make sure to answer the following questions:

Remove the guesswork and research the demographics of your customer. Then check this data to see if the people of your typical customer’s gender, age, and occupation prefer Android.

For instance, if your target market is China – waste no time on hesitations and just go for it. The vast majority of Chinese people use Android, so you’ll surely reach a greater audience by launching an app on this operating system.

Mobile apps are not a universal solution fitting every business. In case you see that your app duplicates what’s already available on the desktop, don’t waste your time and money. However, if your iOS app is doing great, the odds are good that your Android app will do even better. So waste no time and convert iOS app to Android. 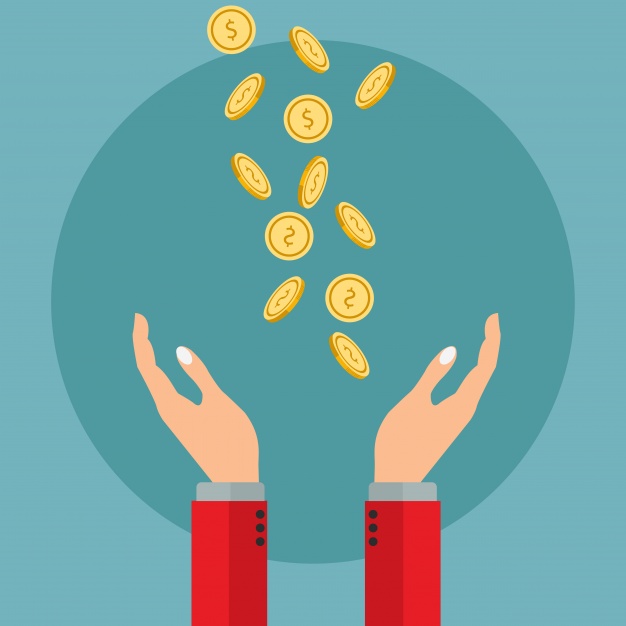 You’ll Be Able to Monetize Your Android App

If you don’t think you can make a lot of money on monetization of your app, you should probably change your mind. According to the recent statistics, global app revenue equals as much as $52 billion. Most importantly, this index is expected to surpass the point of $100 billion by 2020. No words can be more convincing than these stats, so we won’t even try.

If you follow the best practices of app monetization and your product is worth the money you charge, then launching an Android app will bring your business an additional source of income. 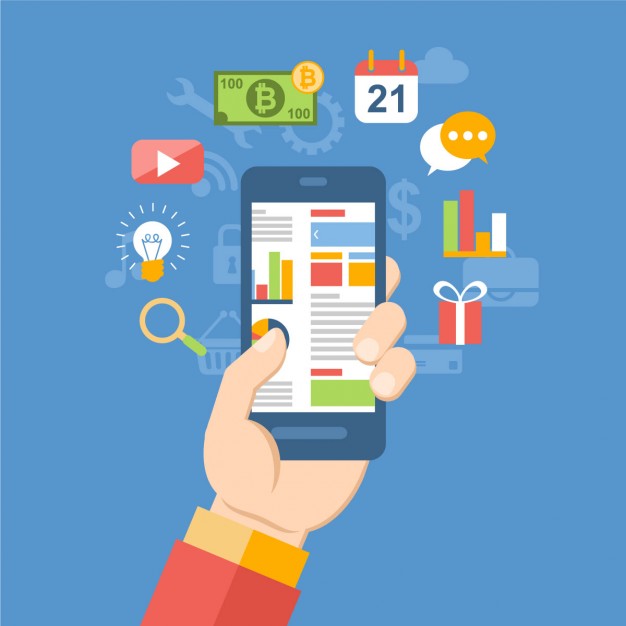 You Can Add More Features

One of the best reasons why you should convert iOS app to Android is that you don’t have to make a duplicate with the same features and functionality. You can, and you even should tweak and experiment with user experience your apps offer. Consider it a new form of A/B testing, in terms of which you have two separate apps offering a slightly different range of features. Not only will you make your product more diverse. You’ll also have a great opportunity to see how your customers interact with your product using different interfaces.

Android offers a specific set of features that iOS doesn’t support. For instance, widgets that can significantly improve user retention. What’s more, the majority of Android devices have a physical back button. It means that your customers can enjoy a seamless navigation through their history of menus and pages (once again, it adds up to retention). 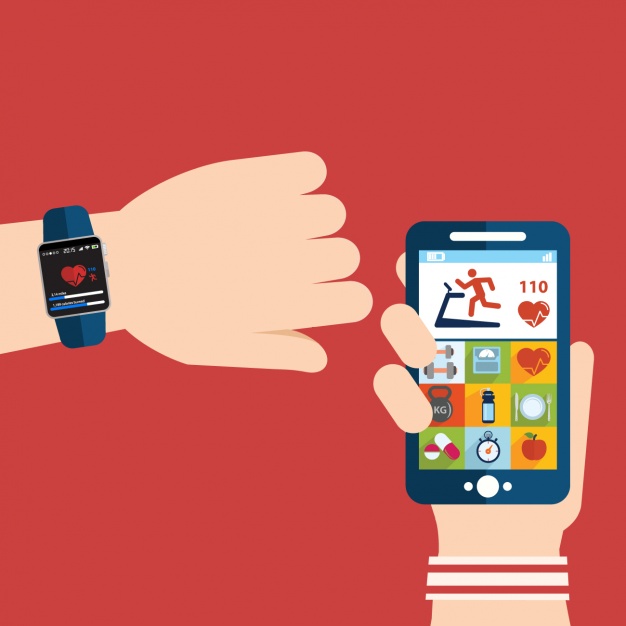 Depending on what your business is about, you can either skip this point or pay the most of your attention to it. For example, if your company has anything to do with sports, activities, traveling, and networking, then convert iOS app to Android with no doubts. For obvious reasons, the above-mentioned niches are especially popular among smartwatch users. That’s why, launching a smartwatch-friendly app for Android can add a significant competitive edge to your business.

However, if your company occupies a serious niche related to taxes, banking or transactions, it’s very unlikely that people will risk making such important tasks via their watches (no matter how smart these watches are). So if your business is exactly the case mentioned above, you’d better settle upon building a mobile app first. However, they say a fortune favors the early adopter. So maybe it’s worth taking a risk even if it seems like a crazy idea at first glance. Eventually, as much as 40 percent of Americans say they’re interested in buying smartwatches, so the game is worth the candle. 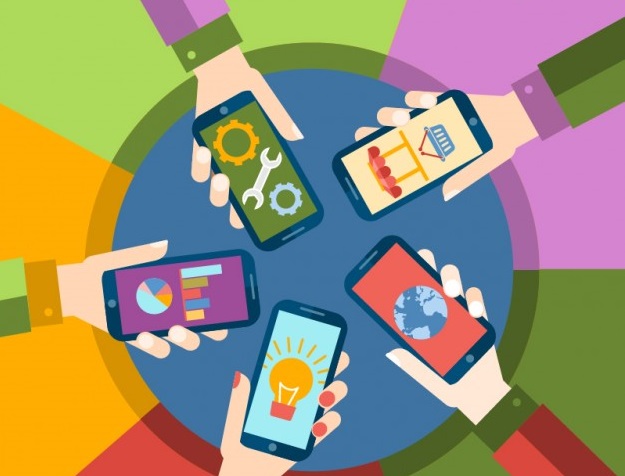 If you’ve ever experienced putting your app on the App Store, you know how much time it might take to get approved there. The good news is that things are relatively better with the Google Play Store. Furthermore you don’t have to spend days just to get an approval of your app updates, which is a common practice with Apple’s App Store. Given that time is money, it’s a valuable benefit you should not overlook.

So What’s the Bottom Line?

Considering all the above, it becomes clear that it makes much sense to consider to convert iOS app to Android. Not only will this expand your reach of customers. It will also help you save time and money associated with building and supporting an iOS-based app. Surely, there is no one-size-fits-all solution, and nobody knows your business better than you do. Nevertheless, chances are good that launching an Android app will give you benefits and opportunities that would otherwise be out of reach. You’ll get additional channels of monetization, you’ll be able to introduce extended functionality and new features. You’ll also be able to update and fix your app more frequently. We don’t  even mention that you’ll have an access to millions of new potential customers. This one reason should be enough to convert your iOS app to Android.

Finally, you as a business owner must remember that even the best idea will fail if not developed by professionals. They say that you shouldn’t be penny wise and pound foolish, and they are exceptionally right. Don’t waste your time working with those who lack app development skills and experience. Only highly skilled developers can create an eye-pleasing and functional application for your company. Find the best developers you can afford and make it clear to them what exactly you are expecting to get in the end of the day. It’s your business at stake. So there is no reason to shy away from setting strict requirements and making sure they’re followed.

Adoriasoft is the team of top-notch mobile app developers who are ready to convert iOS app to Android for you. Contact Adoriasoft today to get an estimation of your project for free!

The post Why To Convert iOS App To Android Right Now appeared first on Adoriasoft.

Why To Convert iOS App To Android Right Now