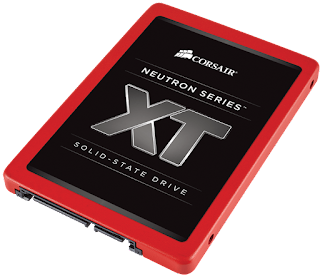 Corsair®, a world leader in enthusiast memory, PC hardware and components, today announced the launch of its latest range of SSDs, the Neutron Series XTi. With a blisteringly quick quad-core phison controller and performance MLC NAND, Neutron Series XTi offers SATA 6Gbps-saturating transfer speeds of up to 560MB/sec and excellent sustained performance consistency with even the most demanding of workloads.

"The trend of SSD usage has been drastically changed and is no more limited only to PC enthusiasts. Business professionals are implementing SSDs for its high performance, consistency, low power consumption and secured data storage features," said, M A Mannan, Country Manager at Corsair. "The Neutron Series XTi is a great option for users who demand ultimate performance and portability for read intensive applications such as video streaming, web servers, database applications. Very high sustained transfer rates enabled by expanded cache make it possible to capture and edit professional Full HD and 4K uncompressed video in real-time. Also, features such as end-to-end data path protection, enhanced error correction and power loss protection offers a consistent and reliable experience for SMBs who struggle a lot with disaster recovery and regulatory compliances." 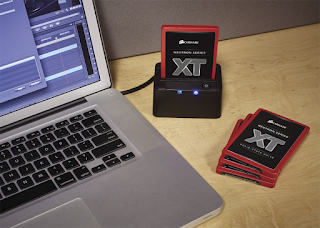 The Neutron Series XTi utilizes a dedicated quad-core controller for top tier speeds with sustained performance and low command latency. The result is exceptional transfer speeds of up to 560MB/sec, 540MB/s sequential write, 4KB random read of up to 100K IOPS and 4K random write of up to 90K IOPS; up to the tasks of today's most demanding end-users. The Neutron Series XTi is also equipped with end-to-end data path protection, ensuring data is protected against corruption from the host to the NAND gate. Combined with power loss protection with advanced SmartFlush™ and GuaranteedFlush™ technologies as well as a host of error correction technologies, the Neutron Series XTi secures your drive for an ultra-consistent and reliable experience.

Copyright © 2013 Corsair Components, Inc. All rights reserved. Corsair and the sails logo are registered trademarks and Carbide Series and Direct Airflow Path are trademarks of Corsair in the United States and/or other countries. All other company and/or product names may be trade names, trademarks, and/or registered trademarks of the respective owners with which they are associated. Features, pricing, availability, and specifications are subject to change without notice.