US seeks to recharge semiconductor industry through $280bn CHIPS act US seeks to Recharge Semiconductor Industry through $280bn CHIPS act 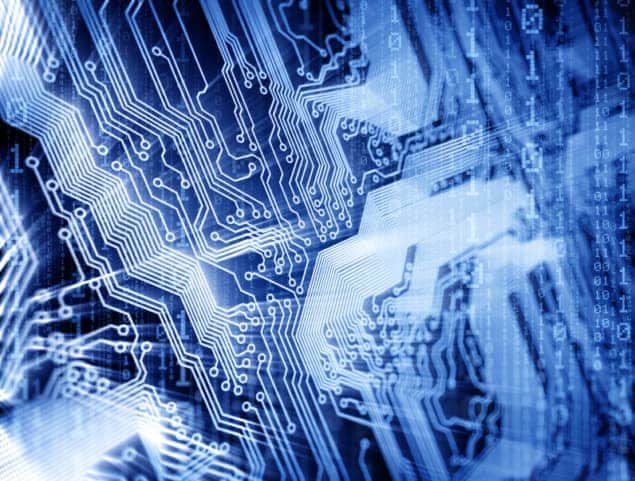 US president Joe Biden has signed a bill to supercharge the US Semiconductor Industry. The $280bn CHIPS and Science Act, signed on 9 August, aims to stimulate research and innovation in the field as well as encouraging US companies to invest in onshore production of chips.

According to the US-based lobbying group Semiconductor Industry Association, the global percentage of chips provided by US facilities fell from 37% in 1990 to 12% today as manufacturing moved to countries such as Taiwan and South Korea. In recent years China’s government has invested heavily in its own chip manufacturers.

Passed by bipartisan majorities in the House of Representatives and Senate, the CHIPS act provides $52.7bn over five years for US semiconductor research, development, manufacturing, and workforce development. The bulk of the money – $39bn – will go towards incentives for manufacturing.

Manufacturers of semiconductors and related equipment will also receive 25% from the government towards the capital expenses involved in creating new facilities. According to chip firm Intel, that will cut about $3bn from the roughly $10bn cost of a new chip fabrication facility.

The Biden Administration notes that the legislation has spurred companies to announce investments worth more than $44bn in new manufacturing. That figure includes $40bn from Micron Technology, Inc. in Boise, Idaho, to produce memory chips.

“[The act] will strengthen American manufacturing, supply chains, and national security, and invest in research and development, science and technology, and the workforce of the future to keep the United States the leader in the industries of tomorrow, including nanotechnology, clean energy, quantum computing, and artificial intelligence,” the Biden administration announced.

When the Chips are down

The act goes beyond just chips. It provides significant incentives for R&D. It will establish a “technology, innovation, and partnerships directorate” at the National Science Foundation that will focus on advanced technologies in fields ranging from computing and communications to quantum information and biotechnology.

The legislation will also expand fundamental and developmental research at the Department of Energy’s Office of Science and the National Institute of Standards and Technology with the goal of “sustain[ing] U.S. leadership in the sciences and engineering as the engine for American innovation.”

The same segment of the CHIPS and Science Act has a specific focus on equality of opportunity, among regions and members of the US workforce. It authorizes $10bn for investment in regional hubs around the country to bring together state and local governments, universities and colleges, local unions, businesses, and community organizations. And to expand the diversity of opportunities, the legislation provides investments, mainly through the National Science Foundation, in colleges that serve members of minority groups.

Meanwhile, the Biden administration has also signed the $740bn Inflation Reduction Act, which focuses on combatting climate change through tax credit. Signed on 16 August, the act includes financial support for the DOE’s Office of Science, which will receive $1.5bn over the next five years for new facilities and upgrades at its ten national laboratories. Another $250m will be devoted to buildings and equipment focusing on nuclear fusion. The National Oceanic and Atmospheric Administration will get about $500m for climate and weather forecasting.

The post US seeks to recharge semiconductor industry through $280bn CHIPS act appeared first on GulpMatrix.

US seeks to recharge semiconductor industry through $280bn CHIPS act