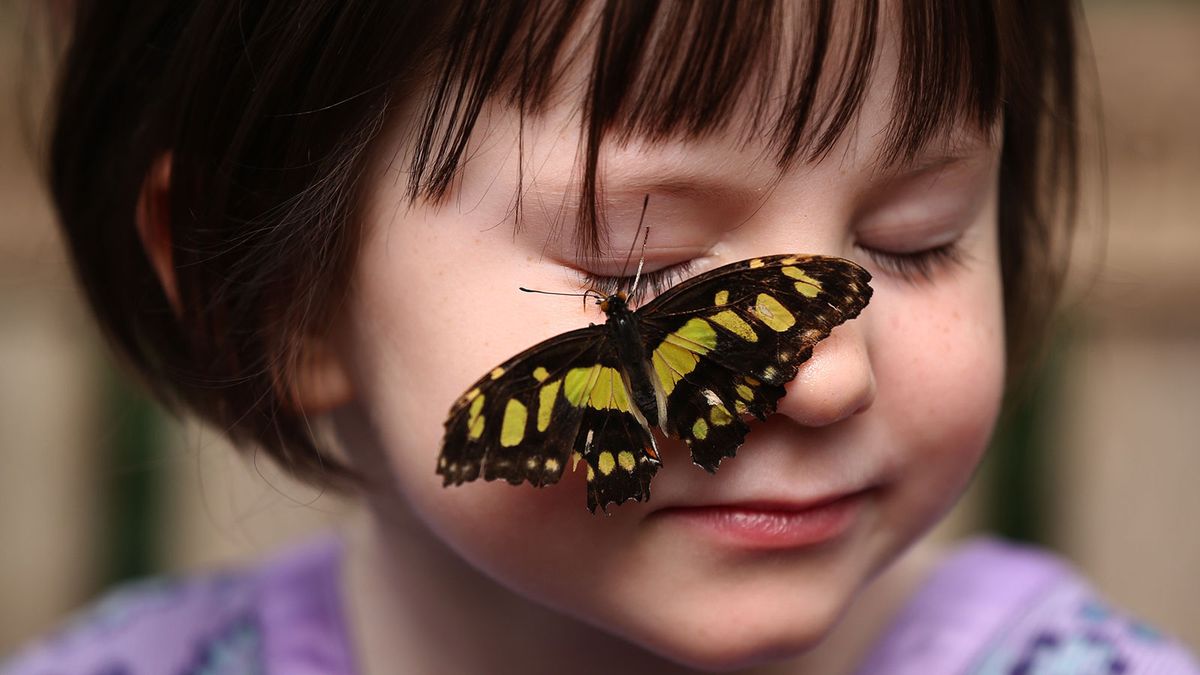 If you thought the butterfly effect was just a terrible 2004 movie starring Ashton Kutcher and Amy Smart, think again. The film was just a new take on a much older concept.

The butterfly effect is the idea that small, seemingly trivial events may ultimately result in something with much larger consequences – in other words, they have non-linear impacts on very complex systems. For instance, when a butterfly flaps its wings in India, that tiny change in air pressure could eventually cause a tornado in Iowa.

In the aforementioned film, Kutcher’s character finds a way to travel back in time to his childhood. Every time he makes this journey, he does small things differently – but those tiny changes wind up having major (and horrifying) effects on his adult life.

The term “butterfly effect” was coined in the 1960s by Edward Lorenz, a meteorology professor at the Massachusetts Institute of Technology, who was studying weather patterns. He devised a model demonstrating that if you compare two starting points indicating current weather that are near each other, they’ll soon drift apart – and later, one area could wind up with severe storms, while the other is calm.

At the time, weather statisticians thought you should be able to predict future weather based on looking at historical records to see what had happened when conditions were the same as they are now. Lorenz was skeptical. He was running a computer program to test various weather simulations and he discovered that rounding off one variable from .506127 to .506 dramatically changed the two months of weather predictions in his simulation.

His point was that long-range weather forecasting was virtually impossible, in large part because humans don’t have the ability to measure nature’s incredible complexity. There are simply too many minute variables that can act as pivot points, cascading into much bigger consequences.

As science journalist Peter Dizikes wrote in the Boston Globe:

“The ‘innumerable’ interconnections of nature, Lorenz noted, mean a butterfly’s flap could cause a tornado — or, for all we know, could prevent one. Similarly, should we make even a tiny alteration to nature, ‘we shall never know what would have happened if we had not disturbed it,’ since subsequent changes are too complex and entangled to restore a previous state.”

So, while people often think the butterfly effect means that tiny changes can have big consequences (and we can track this progression to see what change caused what), Lorenz was trying to say that we can’t track these changes. We don’t really know exactly what would cause a weather pattern to go one way over another.

Lorenz called this “sensitive dependence on initial conditions” when he introduced his work to the public in a 1963 paper titled, “Deterministic Nonperiodic Flow.” (The term “butterfly effect” he coined in later speeches about the topic.) The paper was rarely cited by other researchers – at least, at first.

The Butterfly Effect and Chaos Theory

Later, other scientists realized the importance of Lorenz’s discovery. His insights laid the foundation for a branch of mathematics known as chaos theory, the idea of trying to predict the behavior of systems that are inherently unpredictable.

You can see instances of the butterfly effect every day. Weather’s just one example. Climate change is another. Because, as it turns out, warming climates are impacting – appropriately enough – Species of alpine butterflies in North America.

“Climate change is expected to have some large impacts, such as too hot for some species or too dry for others, but there are a nearly infinite amount of smaller, Indirect Effects that will also occur,” emails Alessandro Filazzola, a community ecologist and data scientist, and post-doctorate fellow at the University of Alberta.

“In our research, we looked at one of those indirect effects and saw how future climate will slowly cause mismatch in spatial location of a butterfly and its host plant. As a caterpillar, this butterfly only feeds on this type of plant species so any mismatch in range will cause a decline in the butterfly.”

He adds that if we were to pause for a moment and think of all the other species in a food web, suddenly there is the potential of many species being affected – not just one small butterfly. That’s the butterfly effect in action, on a large scale.

When we start to consider how one small change can quickly result in a lot of unintended consequence, there’s naturally cause for concern.

For example, limiting the construction of hydroelectric dams might reduce certain types of environmental damage. But in eliminating this potential source of clean energy, we tend to fall back on fossil fuels that accelerate global warming. Biofuel subsidies, meant to reduce our dependence on fossil fuels, have increased rainforest destruction, freshwater waste and food price increases that have affected the poorest segments of the human population.

How can we possibly do much of anything in our lives, then, without fear of causing harm? Filazzola returns to the butterflies as an example.

“Better understanding of indirect effects is probably one of the most important steps in trying to mitigate these effects. More simply though, just keeping nature as close to its original state is really the most important thing,” he says. “Ecosystems are vastly complex, and the loss of a single species might not have a perceived effect, but it could have cascading effects on the entire system.” For instance, re-introducing the wolf to Yellowstone Park increased beaver populations, increased the numbers of willow and aspen plants and provided food for birds, coyotes and bears, among other benefits.

Then, we consider how the butterfly effect can play into our individual lives. With nearly 8 billion humans on the planet, can just one person make changes that echo around Earth?

Filazzola says that he does wonder about the indirect effects of his personal actions.

“The items I buy, the people I interact with, the things I say, I believe can each have their cascading effects that ripple through society,” he says. “That is why it is important to try and be a good person, to create a positive influence. One thing I also think about is how these indirect effects are often not as small and removed as I believe many would think.”

The post What Is the Butterfly Effect and How Do We Misunderstand It? appeared first on GulpMatrix.

This post first appeared on Gulpmatrix, please read the originial post: here
People also like
How to Lose Weight and Keep it off Permanently
Choosing a Garage Floor Epoxy Metallic Finish
How to bladder cancer immunotherapy
Businesses can be revolutionize
Guerrilla Marketing Overview And Benefits
Anxiety, depression, pain relief, sleep, stress, and more can all be helped with CBD oil.
Flutter Single Codebase to Build Your Dream Application for iOS and Android
Christmas Decoration Outdoor Led Laser Projector Light