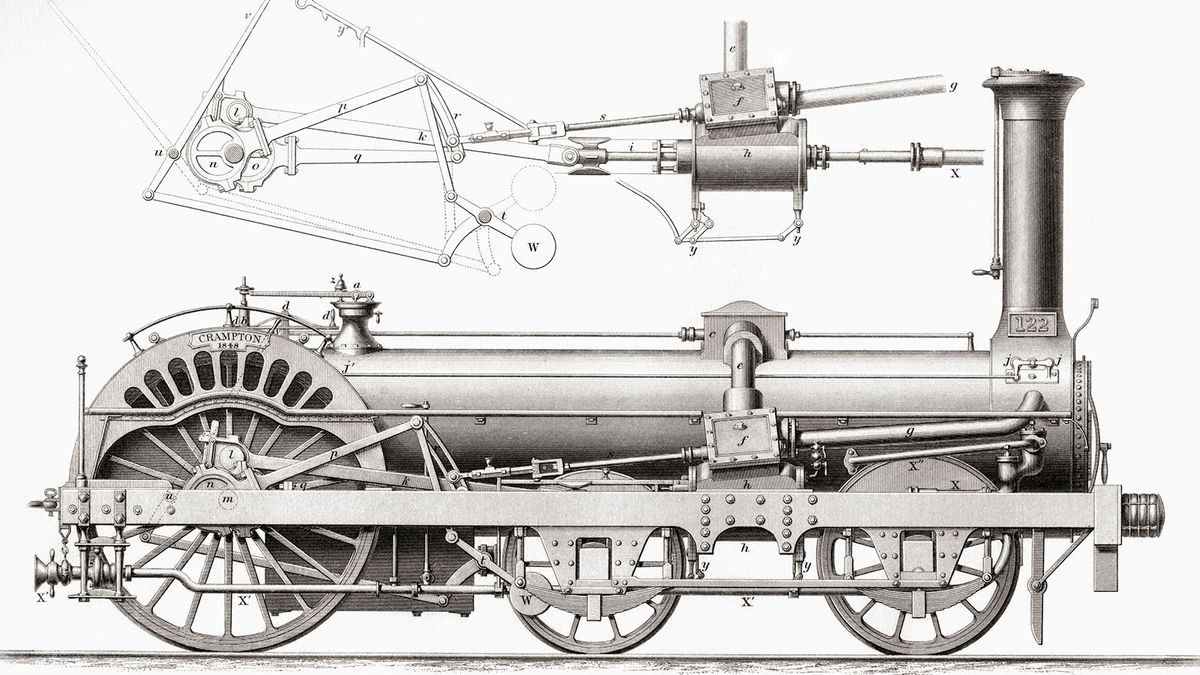 Like so many of the inventions during the Industrial Revolution, the pneumatic tire simultaneously “stood on the shoulders of giants” while ushering in a new wave of invention. So although John Dunlop is often credited with bringing this wondrous inflatable tire to market, its invention stretches back (pardon the pun) to 1844, when Charles Goodyear patented a process for the vulcanization of Rubber [source: Lemelson-MIT].

Before Goodyear’s experiments, rubber was a novel product with few practical uses — thanks, largely, to its properties changing drastically with the environment. Vulcanization, which involved curing rubber with sulfur and lead, created a more stable material suitable for manufacturing processes. Vulcanization allowed rubber to be flexible enough to hold its shape in hot or cold weather.

While rubber technology advanced rapidly, another invention of the Industrial Revolution teetered uncertainly. Despite advancements like pedals and steerable wheels, bicycles remained more of a curiosity than a practical form of transportation throughout most of the 19th century, thanks to their unwieldy, heavy frames and hard, unforgiving wheels. (The wheels had rubber tires on them but they weren’t filled with air, making for a tough ride.)

Dunlop, a veterinarian by trade, spied the flaw as he watched his young son bounce miserably along on his tricycle, and he quickly got to work on fixing it. His early attempts made use of inflated canvas garden hose that Dunlop bonded with liquid rubber. These prototypes proved vastly superior to existing leather and hardened rubber tires. Before long, Dunlop began manufacturing his bicycle tires with the help of the company W. Edlin and Co. and, later, as the Dunlop Rubber Company. They quickly dominated the market and, along with other improvements to the bicycle, caused bicycle production to skyrocket. Not long after, the Dunlop Rubber Company began manufacturing rubber tires for another product of the Industrial Revolution, the automobile [source: Automotive Hall of Fame].