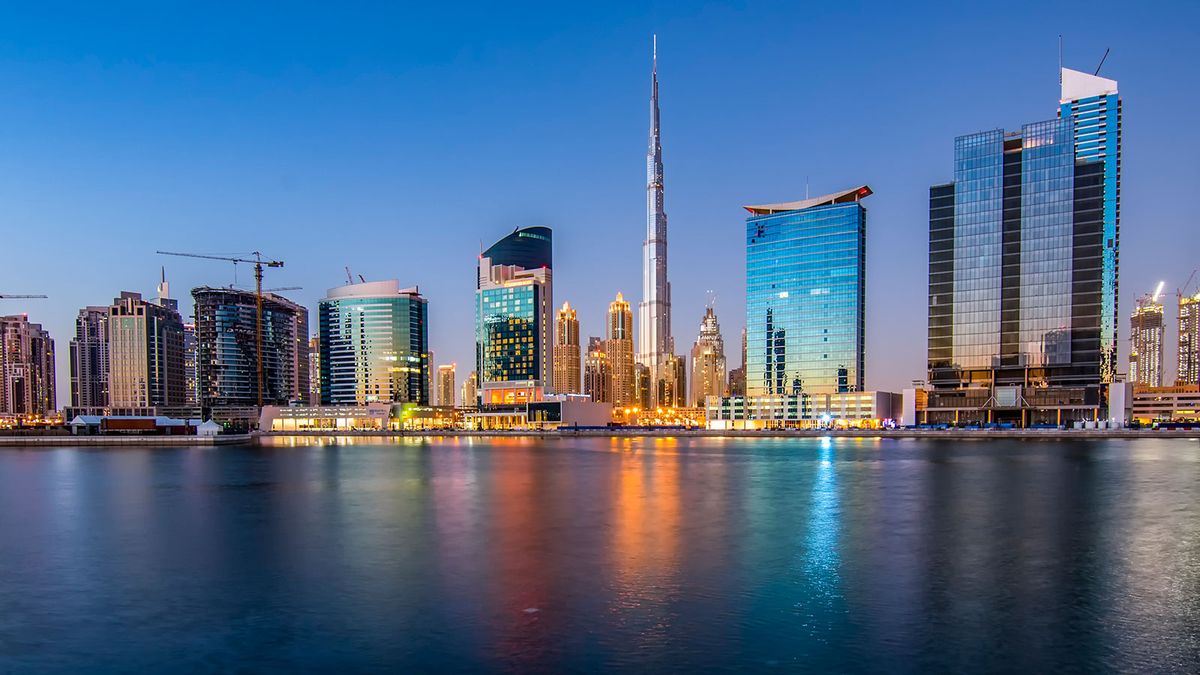 America’s Empire State Building and the Sears Tower were, at different times, the tallest buildings in the world. But they’ve been eclipsed by some truly giant structures. Engineering tools and building capabilities have come a long way in the last couple of decades, as buildings continue to reach ever-skyward at a rapid pace.

That doesn’t diminish the importance of those early skyscrapers, though. The first such building was erected in Chicago in 1885. Called The Home Insurance Building, it was held together using a then-innovative steel frame and stood 10 stories tall (although two more were added in 1890). The landmark was brought down in 1931 and replaced by an even taller structure.

Although it’s long gone, The Home Insurance Building and other early towers like it taught architects and structural engineers a thing or two about protecting skyscrapers from elements like wind and lightning, as well as elevator construction, plumbing and electricity. The current tallest buildings in the world have these earlier ones to thank for their current status. Here are the top seven in reverse order:

The creation of One World Trade Center occurred after the World Trade Center “Twin Towers” tragically fell during the Sept. 11, 2001, terrorist attacks. The new structure opened to the public in 2014 and is the tallest building in North America, standing 1,776 feet (541.3 meters) in height, although 408 feet of that belongs to its spire. Some people thought it was controversial to count the spire in determining the building height. One World Trade Center has 3 million square feet (278,709 square meters) of office space, a 55-foot (17-meter) high office lobby with extra-thick concrete walls for security, plus shops and restaurants. The World Trade Center, which comprises seven buildings including the one we’re highlighting, is also the site of the national memorial to those killed on 9/11.

This megastructure might be the most entertaining on our list, as it boasts not only an indoor theme park and multiple theaters but also an outdoor park and a Korean folk museum. At 123 floors, Lotte World Tower, which is located in Seoul’s Songpa District, is South Korea’s tallest (1,819 feet or 554 meters). Roughly 13 million visitors flock to the site every year to enjoy its exceptional shopping, dining and views. Others take in the artistry inherent in the building itself, thanks to its 42,000 glass windows, many of which are curved for sheer aesthetic effect. It was completed in 2017.

Located in Shenzhen, China, this stunner of a building with a glass, stone and stainless steel exterior is 1,965 feet tall (599 meters) and includes 115 aboveground floors. Construction on Shenzhen’s tallest building finished up in 2017, and today the Ping An Finance Centre features a conference center, expansive retail establishment and roughly 100 office floors. It’s also appropriately named, as it’s the headquarters for the Ping An Insurance Company. Unlike many other buildings on our list, it does not feature any residential space.

This building makes Big Ben look like a pocket watch. At 1,972 feet (601 meters), the Makkah Royal Clock Tower Hotel in Mecca, Saudi Arabia, was completed in 2012. The structure has 120 stories of commercial and residential space to its credit across seven towers. All of that sits atop a stunning retail establishment. The clock tower is the tallest in the world and includes more than 2 million LED lights in the clock face. The on-site hotel is naturally of the five-star variety, operated by Fairmont Hotels. Since it’s very near Masjid al-Haram (Great Mosque of Mecca), the holiest site in Islam, the hotel has an on-site prayer room which can accommodate over 10,000 worshippers, an Islamic museum and lunar observation center and separate fitness rooms for men and women. At a construction cost of more than $15 billion, this is also considered the world’s most expensive building!

China’s tallest building is the third tallest in the world at 128 aboveground stories (2,073 feet or 632 meters). This property is actually owned by the Shanghai city government and boasts the fastest elevators in the world, which can travel at 49 miles per hour (74 kph). The layout of the building is very next-generation, as it’s made up of nine “cylindrical buildings stacked on top of each other,” as the British Institution of Civil Engineers put it. One extra-swank part of the tower is a Four Seasons hotel, which features a pool on the 84th floor, making it one of the highest swimming pools on the planet. Shanghai Tower keeps good company, as two other slightly smaller “mega-skyscapers” are also located within the financial district.

This brand-new building only recently overtook Shanghai Tower as the second tallest in the world. The 118-story Kuala Lumpur, Malaysia, establishment is 2,227 feet (678.7 meters) in height. Construction on the facility is complete, and it’s expected to open for business in late 2022. In addition to office, retail, residential and hotel space, Merdeka 118 will also feature southeast Asia’s largest observation deck, called “The View at 118.” It’s the first tower of its kind in Malaysia to net a triple-platinum, international sustainability certification.

In 2010, Burj Khalifa became the official tallest building in the world, when the mega-structure opened its doors in downtown Dubai. Twelve years later, it’s still holding on to its title. Dubbed a “vertical city,” the structure is 2,716 feet, 6 inches (828 meters) in height. This makes it more than twice as tall as the famed Empire State Building. Not surprisingly, its height also earned it a few additional records, including highest restaurant from ground level, tallest elevator in a building and most floors in a building. Within its considerable confines, which number more than 160 floors, are many different enterprises, including a hotel, office space, restaurants, health and fitness facilities, residences and a mosque. Visiting its observation deck is a popular tourist attraction. Burj Khalifa reportedly cost a whopping $1.5 billion to build.