Gobi Desert sand: Highly rounded sand grains from the Gobi Desert of Mongolia. Wind-blown sand sustains repeated tiny impacts as it bounces along Earth’s surface. These impacts gradually abrade sharp protrusions from the grains and give their surface a “frosted” luster. The width of this view is approximately 10 millimeters. Photograph by Siim Sepp, used here under a Creative Commons License.

9 Greek Islands – Patmos
Twitter wants to help you improve you…
Top Things to Do in San Francisco, Ca…
Barca willing to offload three player…
What’s the Zone of Silence? 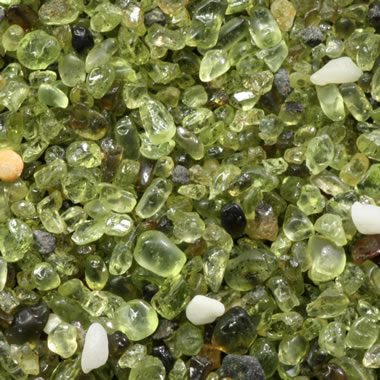 Green olivine sand from Papakolea Beach, Hawaii. The white grains are coral fragments, and the gray-black grains are pieces of basalt. If you think the grains have a “gemmy” appearance, olivine is the mineral name of a gemstone known as “peridot.” This image represents a 10 millimeter x 10 millimeter view. Photograph by Siim Sepp, used here under a Creative Commons License.

Sand is a common material found on beaches, deserts, stream banks, and other landscapes worldwide. In the mind
of most people, sand is a white or tan, fine-grained, granular material. However, sand is much more diverse – even beyond the pink sand beaches of Bermuda or the black sand beaches of Hawaii. These are just a few of the many types of sand. 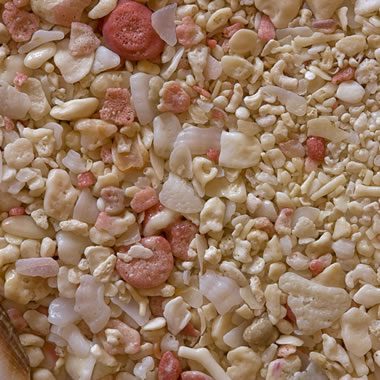 Some of the beaches of Bermuda have a light pink color caused by fragments of pink coral in the sand. The sand also contains fragments of mollusks, forams and other organisms. This is a good example of an organic sand. This image represents a 20 millimeter x 20 millimeter view. Photograph by Siim Sepp, used here under a Creative Commons License.

The word “sand” is actually used for a “particle size” rather than for a “material.” Sand is a loose, granular material
with particles that range in size between 1/16 millimeter and 2 millimeters in diameter. It can be composed of mineral material such as quartz, orthoclase, or gypsum; organic material such as mollusk shells, coral fragments, or radiolarian tests; or rock fragments
such as basalt, pumice, or chert. Where sand accumulates in large quantities, it can be lithified into a sedimentary rock known as sandstone. 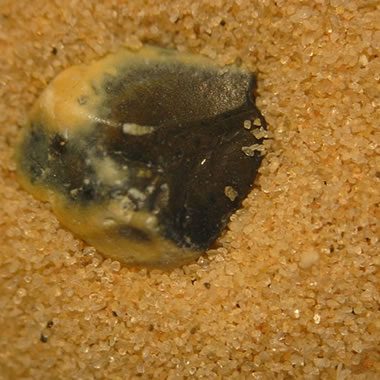 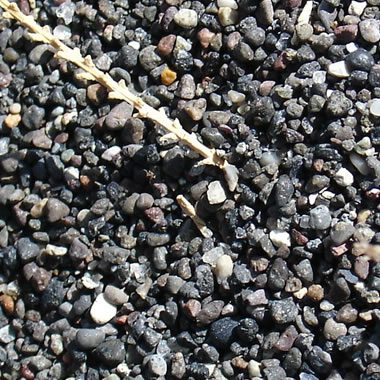 Volcanic rock fragments are the primary ingredient in this sand from Perissa beach on the island of Santorini, Greece, along with some quartz grains and shell fragments. Photograph by Stan Zurek, used here under a Creative Commons License.

This page shows photos of a few types of sand that can be found worldwide. Most of the examples here are not typical.
They are unusual types of sand that might only be found in a few locations worldwide. These unusual sands are a product
of the types of material from which they are derived, the methods used to transport them, the chemical environment of their deposition site, and numerous other factors. After examining these photos you will probably conclude that sand can be a very diverse and interesting material.

Thanks to the many photographers who shared their photos through a Creative Commons License. Please see an attribution in the caption of each photo. A person would have to travel the world to get a collection of photos like this.

The post Sand Grains from Around the World! appeared first on GulpMatrix.