Tunnels are real wonders of Geological Engineering. There are many tunnels in Pakistan that are constructed using modern engineering techniques. Some of them are discussed here in this article

MJ Unpacked Returns To Las Vegas For …
Tyler ICU, Nandhipha808, JazzyDeep Gr…
Statement from Agriculture Secretary …
The Oceans are Getting Warmer: The Tr…
Emerald heart: a guide to Ireland’s s…

A tunnel is an underground passageway, dug through the surrounding soil/earth/rock and enclosed except for entrance and exit, commonly at each end. A pipeline is not a tunnel, though some recent tunnels have used immersed tube construction techniques rather than traditional tunnel boring methods.

A tunnel may be for foot or vehicular road traffic, for rail traffic, or for a canal. The central portions of a rapid transit network are usually in tunnels. Some tunnels are aqueducts to supply water for consumption or for hydroelectric stations or are sewers. Utility tunnels are used for routing steam, chilled water, electrical power, or telecommunication cables, as well as connecting buildings for convenient passage of people and equipment.

Secret tunnels are built for military purposes, or by civilians for smuggling of weapons, contraband, or people. Special tunnels, such as wildlife crossings, are built to allow wildlife to cross human-made barriers safely. Tunnels can be connected together in tunnel networks (Tunnel, 2019).

What are the different types of tunnels?

There are three broad categories of tunnels (Harris, 2006):

These are used during ore extraction, enabling laborers or equipment to access mineral and metal deposits deep inside the earth. These tunnels are made using similar techniques as other types of tunnels, but they cost less to build. Mine tunnels are not as safe as tunnels designed for permanent occupation, however.

These carry water, sewage, or gas lines across great distances. The earliest tunnels were used to transport water too, and sewage away from, heavily populated regions.

They are like canals — artificial waterways used for travel, shipping, or irrigation. Just like railways and roadways today, canals usually ran above ground, but many required tunnels to pass efficiently through an obstacle, such as a mountain. Canal construction inspired some of the world’s earliest tunnels.

Opened for the public in 2015, the Attabad Tunnels Project, aka Pak-China Friendship Tunnels Project, is the most prominent name in the list of tunnels in Pakistan. It encompasses five tunnels stretching up to 7 km. The tunnels are built only a few kilometers apart from one another as they are part of a particular 24-km portion of Karakoram Highway.

The National Highway Authority (NHA) of Pakistan listed the help of Chinese engineers and together constructed these tunnels over the Attabad Lake in the Hunza Valley of Gilgit-Baltistan, which is considered a vital part of the China-Pakistan Economic Corridor (CPEC). A picture of it is shown below in Figure (1).

The tunnel specifications are mentioned in Table (1).

Khojak tunnel- One of the famous tunnels in Pakistan

Khojak Tunnel is recognized as one of South Asia’s longest tunnels. It was also featured on the 5 rupee note that was later replaced by a coin. The 3.9 km tunnel, constructed between 1888 and 1891, is also one of the oldest tunnels in Pakistan.

The railway track connecting Quetta crosses the Khojak Tunnel and stretches all the way to the Pak-Afghan Border in Chaman. It is shown below in Figure (2).

The tunnel specifications are mentioned in Table (2).

Lowari Tunnel serves as one of the most important routes in Pakistan, connecting the northernmost part of Khyber Pakhtunkhwa to the rest of the country. This tunnel project is cherished by half a million people living in Chitral. Before the construction of the Lowari Tunnel, locals of this area were almost isolated and disconnected from other parts of Pakistan for nearly six months every year due to the closure of road links caused by snowfall.

The tunnel has a total length of 10.4 km and plays a crucial role in connecting Dir with Chitral, both of which are located in Khyber Pakhtunkhwa. The tunnel is managed and operated by the National Highway Authority.

Upon mining historical data, we came to know that the project of the Lowari Tunnel was originally initiated as a railway tunnel decades ago. Although in later years, it was converted into a tunnel for motorists. It is shown below in Figure (3).

The tunnel specifications are mentioned in Table (3). 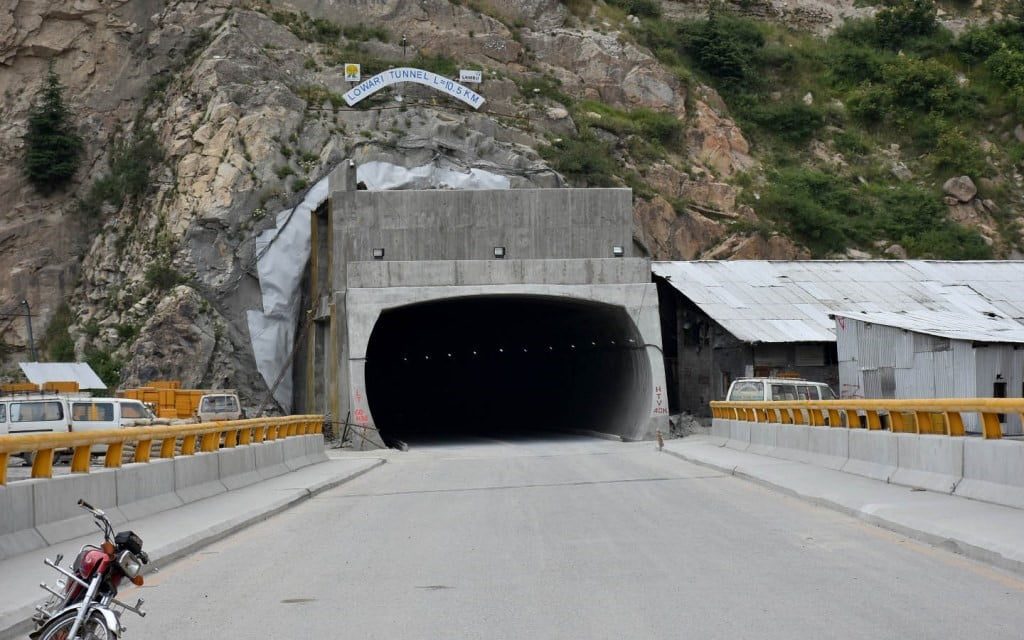 Funded by the National Highway Authority, Malakand Tunnel is one of the most important tunnels in Pakistan. It provides road connectivity to motorists crossing Malakand Pass on N-45 Nowshera-Chitral   Highway. Stretching 1.3 km in length, Malakand Pass Tunnel has been further converted into a twin-tube tunnel to facilitate the rising volume of traffic.

Malakand Pass is built in an area that is home to several hills and steep slopes. This particular type of land formation can cause traffic congestion and usually leads to accidents.

Malakand tunnel was constructed by the National Highway Authority (NHA) to decrease the number of traffic incidents happening in the area caused by the fragile geology. It is shown below in Figure (4).

The tunnel specifications are mentioned in Table (4). 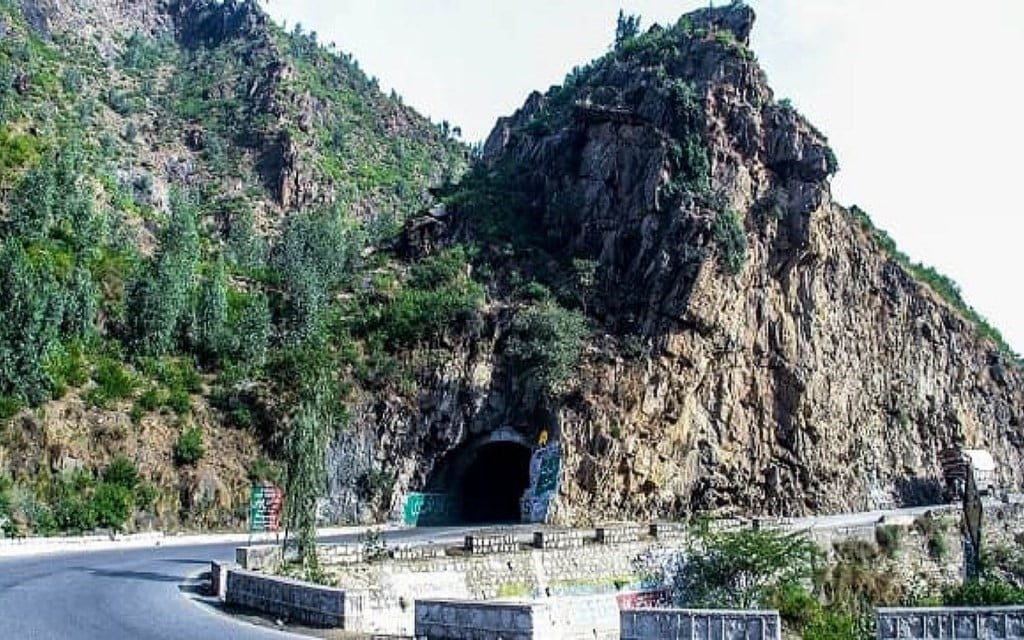 We cannot help but tip our hats to the Pakistani engineers who structured the Nahakki Tunnel in one of the remotest parts of Mohmand Agency. According to the local population, it was an extremely long journey to the neighboring Bajaur Agency, and it used to be fraught with risks.

The construction of the Nahakki Tunnel has not only minimized these risks but has also whittled down the journey to just 15 minutes.

The construction of the tunnel turned out to be an arduous challenge due to the harsh environment and geology of the area. Nahakki Tunnel is part of a bigger project consisting of a road stretching across 30 km. This expressway is expected to cut down the travel time between Peshawar to Mohmand via Bajaur.

The tunnels, carved through mountains and hilly terrains, are facilitating travelers by making their journeys safer and shorter. Be it any region of Pakistan, almost all of the vehicular tunnels in the country are run and managed by the National Highway Authority. It is shown below in Figure (5).

The tunnel specifications are mentioned in Table (5). 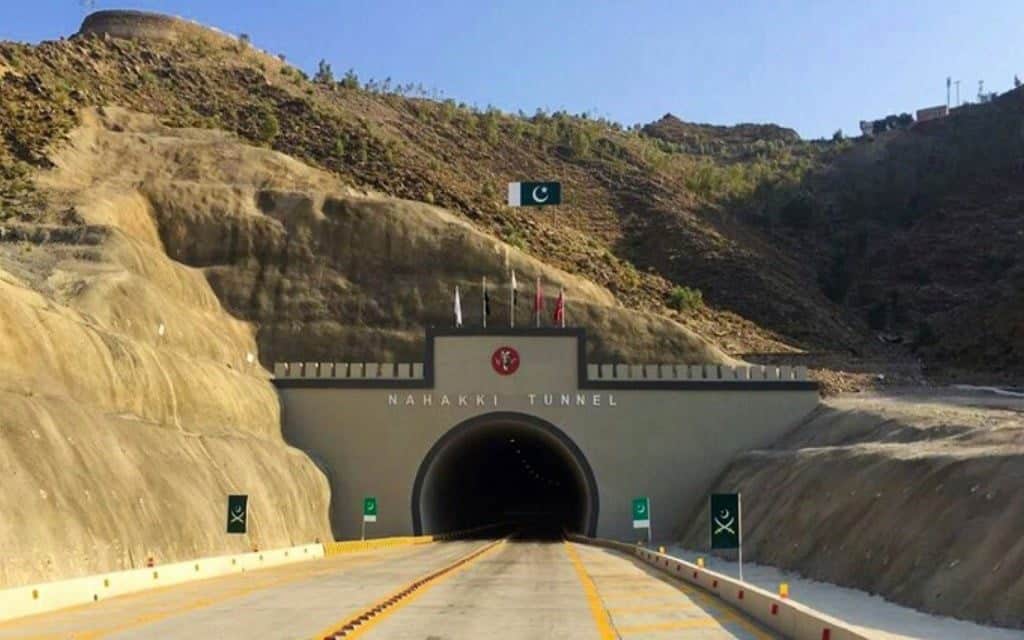 YM. (n.d). Exploring the Most Famous Tunnels in Pakistan

The post Tunnels in Pakistan appeared first on GulpMatrix.