Yeast are types of single-celled fungi. It takes about twenty billion yeast cells to weigh one gram, or 1/28 of an ounce, of cake yeast.

The yeasts are a rather unusual family of fungi. Only a few of the several species can form true hyphae; the majority of them consist of separate, spherical cells, which can be seen only under the microscope.

The thin cell wall encloses the protoplasm, in the centre of which is a vacuole. A special granule of protoplasm, the “nucleolus”, is attached to this, and these two structures, vacuole and nucleolus, are thought to constitute the nucleus. In the protoplasm are granules of glycogen and other food reserves.

The cells reproduce by budding, in which an outgrowth from a cell enlarged and is finally cut off from the parent as an independent cell. When budding occurs rapidly the individuals do not separate at once, and as a result, small groups of attached cells may sometimes be seen.
In certain conditions, two cells may conjugate, that is, they join together and their cell contents fuse. Later, the cell contents divide into four individuals, each developing a thick wall. These are spores and may constitute a resting stage. When the old cell wall enclosing them breaks open, the spores are set free and can germinate to form normal, budding cells. Such spores often arise without any previous conjunction.

Yeasts, in nature, live on the surface of fruits and in other similar situations. They are of economic importance, however, in promoting alcoholic fermentation. Yeast fungi contain many enzymes, one group of them being called, collectively, “zymase”. By means of these enzymes they can break down sugar into carbon dioxide and alcohol. This chemical change makes available energy which the yeast cells can use for their vital processes in a way similar to respiration, only far less energy is set free in this case:

Alcoholic fermentation is in fact similar to anaerobic respiration, but unless the yeast is supplied with sugar, oxygen is necessary for the preliminary conversion of other carbohydrates to a suitable form for releasing energy.
In brewing, barley is allowed to germinate and in so doing converts it’s starch reserves into maltose. The germinating barley is killed and the sugars extracted with water. Yeast is added to this solution and brings about it’s fermentation to alcohol and carbon dioxide. In making beer, hops are added to give it a bitter flavour and the liquid is bottled under pressure so that carbon dioxide is still very much in evidence. For making spirits like whisky the fermentation is allowed to go further and the alcoholic product is distilled off.
Many fruit juices will ferment on their own, if the crushed fruit is left in suitable conditions and the yeast present on the skin allowed is allowed to develop. If too much oxygen is admitted or the wrong species of yeasts, together with fungi and bacteria, are allowed to enter, the oxidation of the alcohol may be continued until acetic acid is produced, as in vinegar. 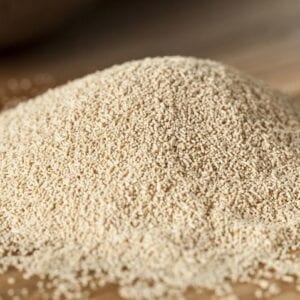 Baker’s yeast is the general name for the strains of yeast that is used in baking bread and other bakery products, it acts as a leavening agent which makes the bread expand and become lighter and softer by turning the fermentable sugars present in the dough into carbon dioxide and ethanol. 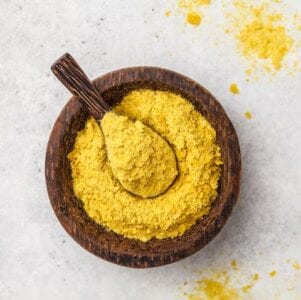 Nutritional yeast is a type of deactivated yeast, which means the yeast cells are killed during processing and made inactive in the final product. It is known for it’s nutty, cheesy and savory flavor.It’s a common vegan cheese substitute. Nutritional yeast are in form of powder or flakes. 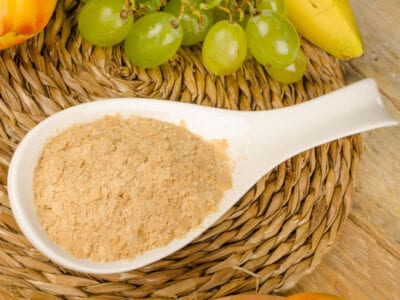 Brewer’s yeast is a type of yeast created as a byproduct of beer brewing. It is used in alternative medicine to promote digestive health and is believed to treat health conditions such as colds, flu, diarrhea, and diabetes. 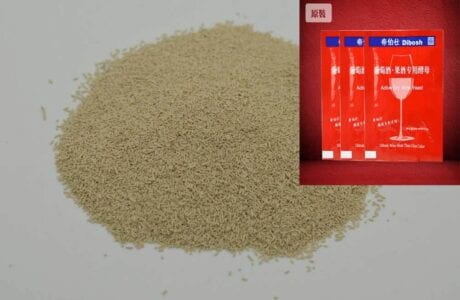 Distillers yeast is a particular species of yeast (Saccharomyces cerevisiae) that has a strong ability to break down sugar and yield alcohol as a by-product.

Let us know your view about this in the comment section.

The post Industrial Fermentation, Types and Uses of Yeast appeared first on GulpMatrix.

This post first appeared on Gulpmatrix, please read the originial post: here
People also like
Experience Ultimate Relaxation Together: Discover the Benefits of a Couples Massage on Your Next Resort Trip!
Common Problems with Slit Lamp and Repair Needs
Home Workouts for Weight Loss
Creating and Selling Digital Products
Telegram Marketing solutions
What You Need to Know About Sydney Epoxy Flooring
How To Invest in Real Estate With no Money in 2023