Thallium is a chemical element, which possess the symbol known as “Tl” alongside an atomic number of 81, just as it is written in the periodic table. The Thallium Chemical is said to look similar to a tin, when it is being isolated, but exposing it to air makes it discoloured. The Thallium chemical was discovered by Claude – Auguste  Lamy and William Crookes back in the year, 1861.

As we said earlier the Thallium Chemical Element contains 81 electrons, which resides inside an atom of this element. The electronic configuration of thallium is known as Xe 4f14 5d10 6s2 6p1, and it can be made artificially when you smelt lead and zinc. A fun fact you might not know is that Thallium can also be made, but as a by-product during the production of sulphuric acid.

Now let’s look at a summary of relevant attributes of Thallium:

Although we couldn’t list all, but these are some of the uses of the thallium chemical element.

The Physical Properties Of The Thallium Chemical Element 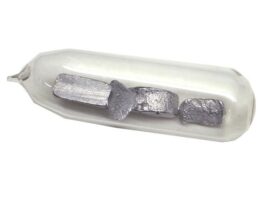 According to researches, the thallium chemical element is considered to be a malleable metal, which shares similarity with Lead (Lead possess Atomic Number 82) when it comes to appearance. Now let’s list out some of it’s properties below:

Some Amazing Fun Facts About The Thallium Chemical Element

So right now let’s look at some of the most important chemical properties of the thallium element, and they are as follow:

The Structure Of Thallium Chemical Element 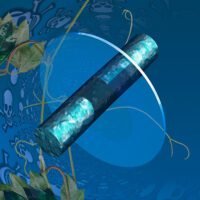 let’s go through a table, where we will see what the structure of the thallium chemical element’s atomic data looks like:

The Atomic Data of Thallium

That is all we can take for today, feel free to add your own recommendations. the comment area is opened to everyone,  but share your knowledge with us. Thanks for sticking around till the end.

The post Properties and Uses Of Thallium appeared first on GulpMatrix.