When we say silicate most people mistake it for silicon, but these two are different elements. Although they are not so different from each other but they can’t be used interchangeably.
Silicate is an element that contains anion (positive charge) of silicon and oxygen.In other words, silicate is the combination of the positive charge gotten from Silicon and oxygen. It is a salt – like mineral.

The formula for silicate is (SiO.4-x)n, and it’s minerals are made up of what is known as silicate groups. 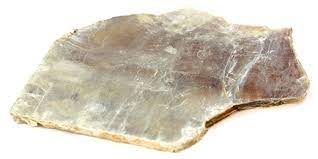 Silica is known as a crystaline polymer, it is also considered to be a giant molecule, which contains tetrahedral SiO44_ monomer. It’s units polymerizes through what is known as the Si-O-Si bonds. Also when studying the structure you will discover that it’s oxygen atom has been surrounded by 2 silicon atoms. One thing you need to take note of is that the hybridization of silicon in silica is known as sp3.

The Classification Of Silicates 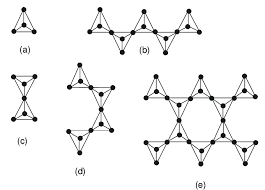 Silicate has it’s own classification, we shall be discussing each one of them. The classifications of silicates includes the following

* The Nesosilicates (orthosilicate) – This is a silicate ion that is a conjugate base of weak orthosilic acid. They are very rare and only found with cation (negative charge) for highly insoluble salts.

* The Cyclic or Ring silicate – Just by hearing the name of this silicate you should already know what it will look like when constructing it’s chemical structure. Cyclic silicate are combination of tetrahedron that have two oxygen atom per tetra, so instead of sharing one like the pryosilicate they actually have two separate oxygen atom for each tetra. When this happens they form a close ring which in turn is used for name identification.

* The Chain silicate – This is similar to the cyclic silicate when it comes to sharing of oxygen but unlike the cyclic where it from close rings, here it forms a chain like pattern.
There’s also the presence of double chain silicate, this is much easier because it’s just the joining of two chain silicate to form one. They are called amphiboles.

* The Sheet Silicate – These type of silicates are also refered to as the “Phyllosilicates”. In order to form this silicate, the 3 bridging has to be shared per silicon atom. some of the basic examples of the sheet silicates are clay, muscovite, and mica.

Do you also know that silicate contains Rock and they are known as silica rocks ?

So before we explain this, I want us all to understand what silica rocks are. So, what is the silicate rock all about ??? 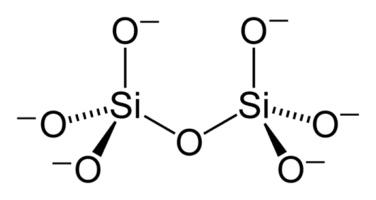 Silicate rocks are rocks which contains a large portion of silica dioxide. These rocks has the ability to exist in a form known as quartz, amorphous silicate, or cristobalite.

The Uses Of Silicate

Silicate like all other elements have it’s uses both industrially and domestically.
We have taken time to list a few uses of silicate below:

√ They are used in making concrete materials like glass. Our regular glasses with we use in making windows and wine cups are gotten from silicate.

√ They are useful when making experimental (lab) prisms. Those prisms used in laboratory for conducting physics experiments are gotten from the breaking down of silicate.

√ They are used for eyeglass making. The lenses on glasses are gotten from silicate.

Some Fun Amazing Facts About Silicate

* All forms of silicate rocks are sedimentary rocks.

We advice students who are studying chemistry to make gulpmatrix their permanent home for reading topics relating to chemistry. We look forward to your comments, and questions in the comment section, thanks for sticking with us.

The post Classification Of Silicates appeared first on GulpMatrix.