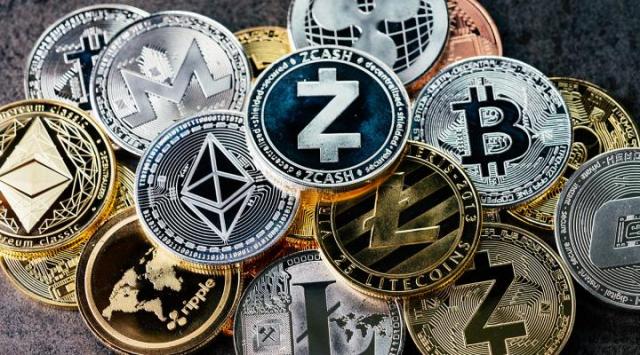 Cryptocurrency which has been labelled as the currency of the next era has been the topic on everyone’s lips, and a commodity that has caught the interest of several individuals since the massive spike in the exchange rates of digital currencies like Dogecoin, Bitcoin, Litecoin and Ethereum, and the level of riches individuals have been able to make from it in the past few years. Crypto mining is the big deal today in blockchain technology!

So, What Is Crypto Mining?

Cryptocurrency mining or crypto mining can be defined as the process of acquiring digital currencies by solving mathematical and cryptographic equations and verifying digital currency transactions using high-power computers.

This solving process which involves adding transactions record to a ledger, a blockchain protected by the application of detailed encryption methods and the verification of data blocks, is a formula with unique properties that makes it essential for crypto encryption.

Due to cryptocurrency’s use of a decentralized method of distribution and the aid of a cryptographic algorithm to verify transactions, there is no central authority or ledger that controls it.

So, to get new coins on the ledger, complex mathematical puzzles which help in the verification of digital currencies must be solved and then updated on the blockchain ledger which is also decentralized.

Therefore, the responsibility of participating in the transaction validation process which prevents double-spending in a distributed network is handed over to the Miners.

Miners who solve these equations using their devices are given part of the digital currency that is linked to the blockchain that they are part of, as a reward.

In a bid to secure the network from external attacks, ensure fair play for all miners worldwide, and make sure that only verified miners can validate transactions and mine, a Proof-Of-Work protocol has been established.

The equations solved by miners are in form of hashes. A hash is a compressed form of chunk data, which are generated for the security of data that is circulated in an open network.
So, the first miner who cracks the code, gets the hash value generated by a cryptocurrencies’ transaction adds the block to the ledger and gets the reward.
Through the help of the hash, each block connects to the previous one forming an unbreakable chain of blocks, which helps in checking if the miners corrected validated the block before handing over the reward to them.
Hence, Proof-of-work stops miners from printing additional coins they didn’t work for.

The rising competition among miners has led to the introduction of advanced devices, which has also led to the increased difficulty of the equations and increased scarcity of the cryptocurrency.

How Can You Start Mining?

The first step is to getting a mining rig(optional), then get a reputable, secure and trustworthy crypto wallet for storing your cryptocurrencies.
It is advisable that you buy a hardware wallet if you have the resources required.

The next step is to join a mining pool, which is made up of a group of miners who come together to combine resources and boost their chances of finding blocks in a blockchain.

Mining cryptocurrency alone is not advisable, because other miners are using more advanced devices to improve their chances of cracking the algorithm code and getting the reward.

It is advisable for you to network using mining pools, rather than mining on your own.
Mining applications are made with mining pools, which allows people to connect online by joining a pool, and rewards are shared based on the work they put in if the pool succeeds.

The characteristics to look out for before joining a mining pool include the reward method, regularity of payment and fees to be paid.

Some pools are pay-per-share(PPS), and they usually have a fixed amount of payment despite the work put in.

The four major methods of mining cryptocurrency include:

1. CPU Mining: This method which involves the use of processors to mine, was a famous option in years past but as each day passes, freer miners make use of it.

CPU mining is preferred by some miners because it is easy to start. All you need is a desktop computer and some mining programs.

One of the reasons why CPU mining has been neglected is because it is too slow. It can mine for months without generating little or no revenue for the miner, while ten times more of the amount generated is spent on electricity and cooling, in that same period.

It is not advisable to use a laptop when using the CPU mining method because your laptop will overheat in a matter of hours.

2. GPU Mining: GPU mining method which uses graphic cards to mine cryptocurrencies is generally considered the most well-known mining method. Its efficiency, workforce and speed make it stand out. A standard and nicely-built GPU mining rig which is made up of a motherboard, a processor, 2-8 graphic cards and a cooling frame, cost a fortune but is an investment worth is worth the price.

3. Cloud Mining: Cloud mining is the process whereby you pay the rent for a rig for a specific time, and all the rewards made from the rig in the agreed time is sent to your crypto wallet.
There are both free and paid hosts available online for cloud mining. This method has been adopted by several people who are financially buoyant to acquire their rigs.

4. ASIC Mining: This mining method involves the use of Application-Specific Integrated Circuits (ASICs) which are special-purpose devices to mine cryptocurrencies. ASICs produce unbelievable amounts of cryptocurrency compared to other methods, but they have been rejected by the crypto community because miners who use CPU and GPU rigs have been unable to cope with it in earnings and speed, because of its power. ASICs can also twist the major earnings of any cryptocurrency to its owner’s farm, but the massive resources required to put up an ASIC mining farm is a turnoff to many miners.

The post How To Mine Cryptocurrency – Crypto Mining appeared first on GulpMatrix.

This post first appeared on Gulpmatrix, please read the originial post: here
People also like
Crypto mining can benefit Texas energy industry: Comptroller’s office
Intel increases its arsenal against physical hardware attacks
The Relationship Between NFTs And Celebrities
Niger govt suspends mining activities after deadly attack at Shiroro mine
The Mysterious and Majestic Atacama Desert: A Guide to Visiting this Unforgettable Place
Thinking on whether or not you should get into crypto? Read this!