A synapse is a precise point where one Nerve cell connects with another. A typical motor nerve cell in the spinal cord of a vertebrate is usually covered with hundreds of synaptic knobs which are derived from numerous adjacent nerve cells. Transmission across most synapses occurs by chemical process and not by electrical transmission and this theory has been supported extensively by neurophysiology and from electron-microscopy.

BPC157
Germany Women vs France Women preview…
The Fox by DH Lawrence
Causes and Treatment Of Rheumatism
How do painkillers work? The hidden s…

The transmitter substance at the majority of synapses is acetylcholine, an ammonium base which is known to have a very profound effect on the permeability of nerve membranes. Interestingly, if acetylcholine is to be effective as a transmitter, then it must not be allowed to linger at the synapse after it has depolarized the post-synaptic membrane. This is prevented by cholinesterase, an enzyme which is present in high concentrations at the synapse. Once acetylcholine has done its job, it is hydrolyzed by cholinesterase which renders it inactive.

Any chemical that destroys acetylcholine, inhibits its formation or prevents its action will definitely stop synaptic transmission. Atropine does not prevent acetylcholine being formed but it stops it from being depolarized at the post-synaptic membrane thereby causing a synaptic block. The poison Curare used on the tips of arrows by South American Indians has a similar effect on nerve-muscle junctions.

Similarly, chemicals that prevent the formation of cholinesterase or destroys it would be expected to enhance and prolong the effects of acetylcholine, and thereby facilitate transmission across the synapse. A good example of a substance of this nature is Eserine which prevents cholinesterase from destroying acetylcholine. Strychinine also promotes synaptic transmission to such an extent that an individual suffering from strychnine poisoning will display convulsive contractions of all the muscle upon any slight stimulation. Nerve gasses used in military warfare as chemical weapons act in this manner. 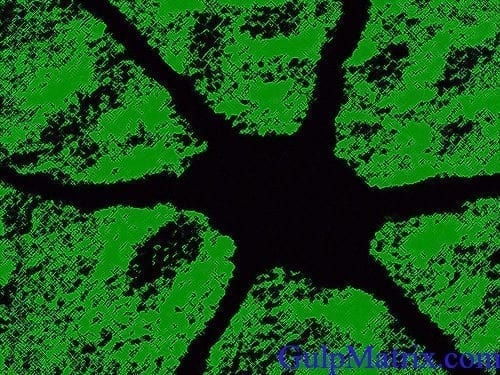 Significance of Noradrenaline in Nervous Transmission

Noradrenaline is chemically similar to adrenaline which is secreted by the adrenal glands and the effects produced in the body by the sympathetic nervous system are generally similar to those brought about by adrenaline. This certainly proves that there is a great similarity between the endocrine system and the nervous system as both are concerned with communication in the body.

Just like acetylcholine, the action of noradrenaline can be enhanced or inhibited by various drugs. There is evidence that some of the synapses in the human brain involve the use of noradrenaline and it is assumed that certain psychoactive drugs exert their effects by action on the synapses. For instance, mescaline and LSD(lysergic acid diethylamide) may produce their hallucinatory effects by interfering with noradrenaline to which they are chemically related.

The post Synapse, Acetylcholine and the Action of Drugs and Poisons appeared first on GulpMatrix.

This post first appeared on Gulpmatrix, please read the originial post: here
People also like
BPC157
Germany Women vs France Women preview & prediction
The Fox by DH Lawrence
Causes and Treatment Of Rheumatism
How do painkillers work? The hidden science behind medication is growing clearer
25 Clever Fat Guy Hairstyles to Up Your Confidence
When does Botox Kick in for Your Patients?
Relief for Carpal Tunnel Syndrome
Phospholine Iodide® (echothiophate iodide for ophthalmic solution)
Best Vitamins for Memory and Focus in 2022