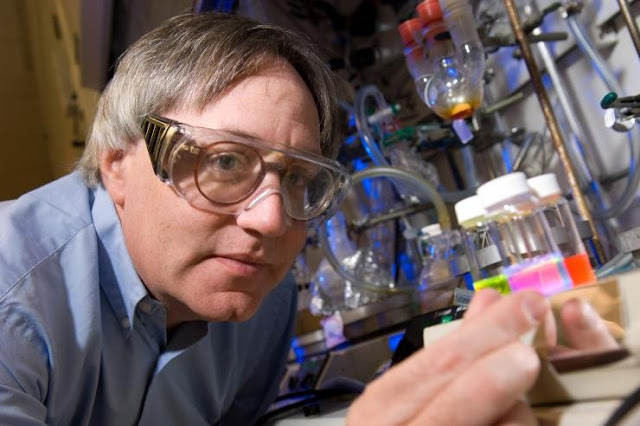 Get ready for the age of Organic Electronics

When we think of future we assume of world of better machines, services and futuristic design and appeal taking care of our today’s problems. Organic electronics can help in achieving the very same future we think of with the help of the ruthenium monomers thereby we will get age of carbon based molecules rather than the silicon atoms.

The team behind this research

A team of researchers from the Princeton University, Georgia Institute of technology along with the Humbolt University of Berlin Germany has helped in creating such technology which will pave way for the organic electronics in the future. Their research has already published in the journal named Nature Materials wherein a piece was written on the feasibility in creation of the organic semiconductors.

Organic semiconductors created using this advanced technology backed with ruthenium monomers will help in creating a wide range of flexible electronics in near future. This will also usher an age of emerging technologies ranging from the solar energy conversion to the high quality colour displays which will be seen on the smartphones and other consumers electronics.

How organic semi-conductors are being made?

It is worth noting that the usual semiconductors are made out of silicon which has become a modern found of electronics. It allows engineers to take varied advantages associated with unique properties at controlling the electrical currents. Semiconductors are used across the devices and applications from the computing, switching to signal amplification. They can be found easily in the energy saving devices like the solar cells and the light emitting diodes. To tinker with the ability and functionality of the semiconductors researchers makes use of process called doping wherein a chemical makeup is modified in order to very small amount of impurities or chemical in it.

Organic semi-conductors are developed through using molecular dopants which ensures that it helps in creating highly efficient organic electronic devices. Scientists herein make use of very stable kind of molecular p-dopant which can be easily and successfully deployed in the devices. But so far they had been able to develop such molecular n-dopants which can work with the materials having low electron affinity than the others. The use of the n-doping on the semiconductors has helped in creating high efficiency organic light emitting diode which offers better conductivity than ever before.

What makes the new advanced technology best bet for future?

The best thing about the organic semiconductors is that it can be easily use in the fabrication of flexible devices which will help bringing energy saving products which can optimum functioning at the low temperatures. However the major disadvantage arising from the use of the organic semiconductor that it tends to have a relatively poor electrical conductivity. This disadvantage can result in causing unwanted difficulties in the processes and can even hamper the overall efficiency of the devices. However researchers have started working on improving the electrical properties of the organic semiconductors with ruthenium monomers in order to make them the best option available in the market.

benefits of dark chocolate
What to wear: outfit ideas for Christ…
Karen S. Wiesner, Tension and Twists,…
Sony Already Planning on PS5 Redesign…
Why Are CBD Capsules Trending in the …


This post first appeared on Mono-live, please read the originial post: here
People also like
benefits of dark chocolate
What to wear: outfit ideas for Christmas & summer
Karen S. Wiesner, Tension and Twists, Part 3 (Writer's Craft Article)
Sony Already Planning on PS5 Redesign in 2022 With “Semi-Custom 6nm AMD” Chip
Why Are CBD Capsules Trending in the USA?
Self Motivation: How to Keep Moving Forward In Your Career or Business
Banana Protein Muffins Better Than Mom Made
How to Organize a Blog Post and Structure It Well