OnePlus has been testing the Android 8.0 Oreo Beta builds for a while now for the Oneplus 5. After two beta builds, the OxygenOS 5.0 is official for the most affordable flagship of 2017, based on Android 8.0 and packed with new features, UI changes, and some improvements here and there. 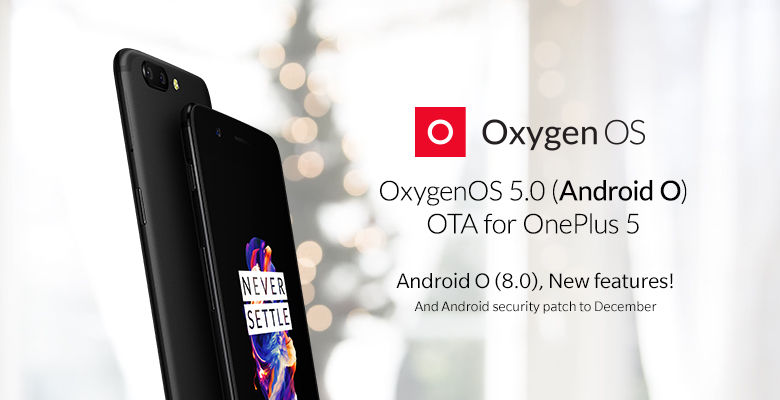 In OnePlus Forums, the company talked about the new OxygenOS 5.0. As per the thread, the company has made some launcher optimizations for shelf, and the ability to upload photos through Shot on OnePlus. Some UI changes have arrived in the camera app too, with optimizations for photo quality and Beauty Effect in Portrait Mode.

Gallery app can now show photos based on location as there is a new ‘Place’ tab for viewing photos on a map. The Calculator app comes with new history feature and alarm calendar feature is now available for the Clock app. Apart from these, OnePlus has made some changes and brought new features system-wide that will enrich the user experience for sure. Here’s the list of those:

While many manufacturers are struggling to bring updates to their phones on time, OnePlus seems to be swift and efficient in this particular field and they are focusing a lot on improving the user experience. This year when OnePlus 5T came with the Face Unlock feature, it surprised a lot of people and now, as OnePlus 5 gets Oreo, the Face Unlock feature will be made available on it as well. This was revealed by OnePlus co-founder Carl Pei on Twitter.

Due to popular demand, Face Unlock is coming for the OnePlus 5. Thanks for the feedback, and merry Christmas! 🎅🎄🎁

As he mentioned that it is being done due to popular demand, we can hope that OnePlus is seriously considering to hear from their customers and huge user base, and take necessary action accordingly to enrich the overall user experience.