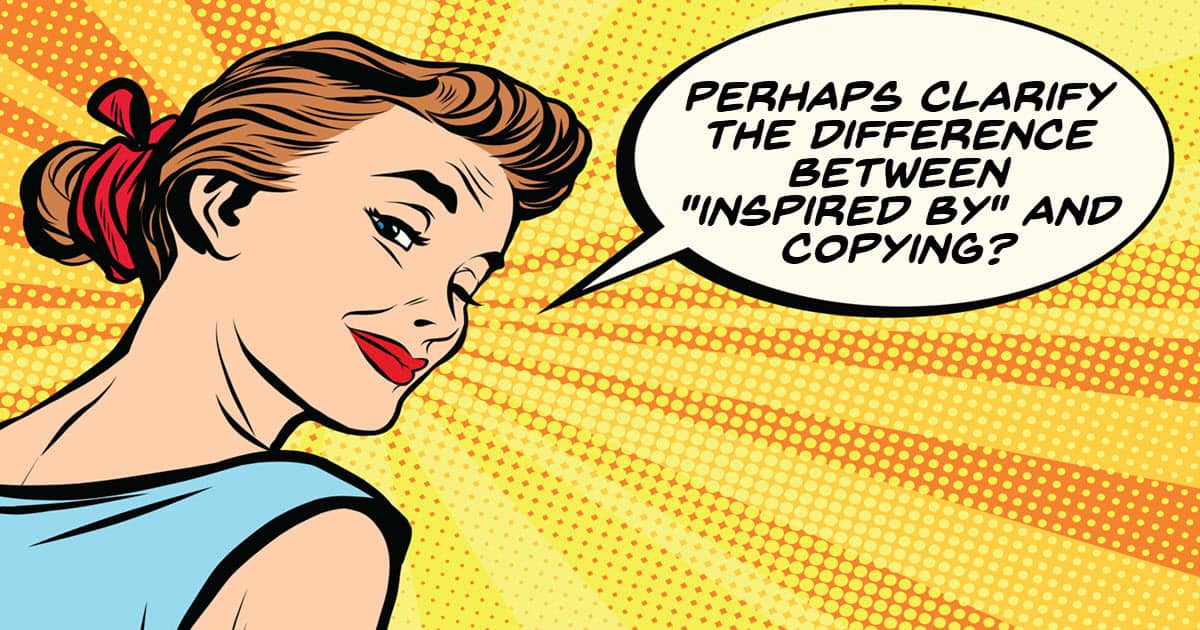 5 Tips to Make Videos Without Copying Other Creators

Although this video concerns itself more with the copying of style rather than the content itself, it is still well worth looking at.

One of the absolute best ways of ensuring that you always have content ideas is to check what others are doing.

However it is just as vital to make sure you are only stealing the idea and not just copying that other creator’s content.

It has been a month or more since we have seen any new content from Daniel Batal but this week he came back with a cracker!

Daniel’s main subject for content has always been how to be successful on YouTube but as a necessary adjunct to that he also covers shooting and Editing videos.

His video editor of choice has always been Filmora so he has also somehow ended up as a “go to guy” for when it comes to using that program.

In this video using Filmora he covers how to deal with talking head footage that has been shot specifically for YouTube videos.

In it he shows how to accurately cut in a way that is agreeable to a YouTube audience as well as a great demo of using an L-cut to smooth out a harsh audio break.

When it comes to creating tutorials on the basics, one of my most reliable sources has always been Kevin from the Basic Filmmaker.

A few years ago (Yikes! I just checked and it was nearly 6 years ago!) he created a full green screen tutorial that I still refer newbies to today.

This week he has released a similar “basics” video on the subject of three point lighting. Many of you may have seen similar videos likes this but I would highly recommend checking this one out.

There is absolutely no extraneous information included. It’s just the three point system in its purity and very clearly explained.

This is a fairly advanced tutorial on the subject of shooting video portraits in natural light and goes heavily into the details of how to do that.

You may or may not be operating at this level or perhaps you may aspire to it.

Either way there are some great tips and observations in the tutorial that you can apply regardless of what level you are working at.

How to Pixelate a Section of a Video in Filmora

This is just a simple tutorial on applying a pixelated area to either a still image in Filmora or by using the motion tracker to do it to video footage.

Some simple hacks here for what would be otherwise pricey items to shoot video better.

Currently one of my setups involves Christmas tree lights (but no tree!), a polystyrene box lid that was originally from a seafood delivery as a bounce light and a cheap overhead lamp!

It’s always worth checking out how others are using cheap stuff to mimic those expensive setups.

How to Apply LUTs – PowerDirector

This tutorial covers the importation, application and adjustment of LUTs in CyberLink PowerDirector but!

The addition of LUTs to your average consumer level video editing software only occurred a few years back for most of them.

As such the design and implementation of these modules look pretty much the same across the board because of being copied from existing modules in more advanced software.

It is very much the same story as color correction tools which came from existing image editing programs so they all look and operate the same.

So if your software is not PowerDirector but does handle LUTs then this will still apply to you.

PowerDirector – Creating Advanced Effects with a Color Board

It is safe to say that the current batch of video editing software programs offer a vast array of “drag’n’drop” or preset effects and features that allow the average Joe to create pretty good videos.

Often what gets lost in that world is the fact that most of these video editors also come with some pretty advanced manual controls.

If you just take even a little step out of the automated processes there is a whole world of creativity at your fingertips.

You would think that the pre-loaded color boards in any program are just that… color boards!

Take a look below at just some of the things you can do with them.

Filmora 11: How to Add and Edit a Transition

This is a good run through of accessing, adding, removing and editing transitions in Filmora 11.

Bear in mind that there is nothing particularly different about the way transitions behave in Filmora as compared to other similar editing programs.

Because of that most of what you will see here can be applied to just about any video editing software.