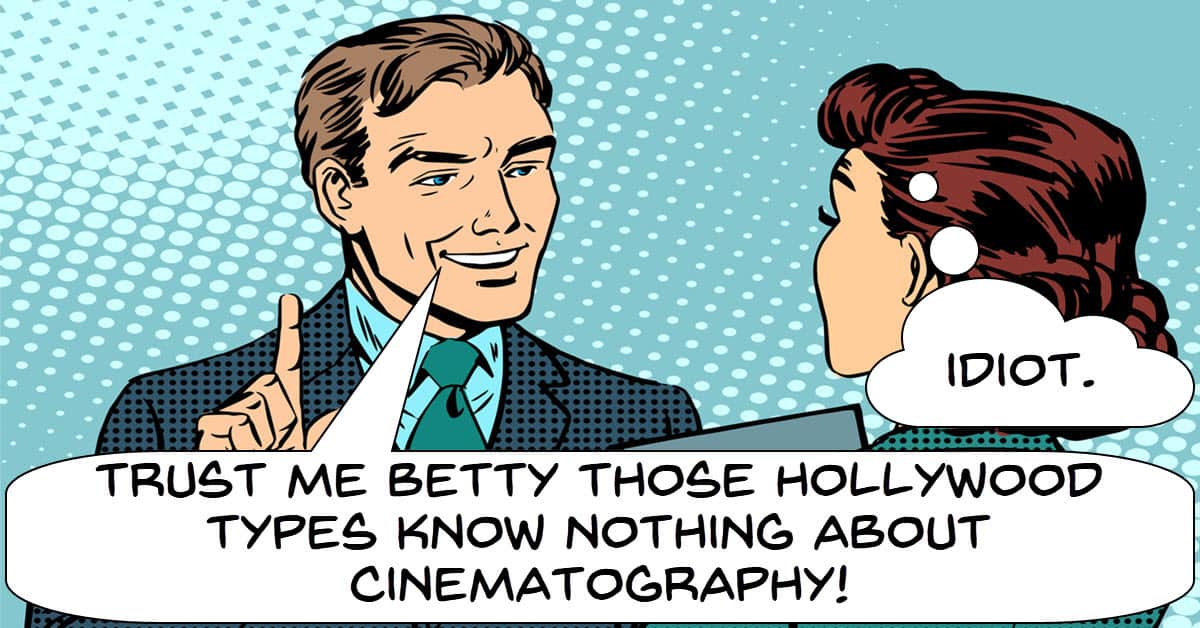 Use These Camera Shots To Create A Cinematic Sequence

This is a slightly more advanced version of a very basic yet effective Shot sequence which in a pinch will usually serve you well.

That basic sequence is that you open with a wide shot, cut to a medium shot and finally end with a closeup shot or a series of closeups.

Although it works, after a while it can get repetitive and predictable resulting in the audience drifting off a bit.

Essentially that sequence is saying here’s where we are (wide shot), these are the things or people where we are that we are interested in (medium shot).

And finally this is the person or thing that we are most interested in (close ups).

You can read more about shots HERE.

Anyway the video below covers some more variations on that basic theme that you can use to keep you shots fresh and not so predictable.

What Your Audience Actually Wants

This is an addition to this week’s blog post in two parts, the second video on the subject is just below this one.

This video is long, complex and is very “in-depth” but to be honest if you don’t work in this direction or with this understanding you are probably not going to make it on YouTube.

Gone are the “Field of Dreams” days of YouTube where if you upload it they will come!

The bottom line is that if you are not fulfilling the requirements you will see discussed in this video, you wont make it… full stop, end of story.

This is the second of the two videos I came across this week for anyone running a YouTube channel or thinking about starting one.

I have positioned the one below as the second one you will see so the one above should be viewed first.

This one covers in part the subject of story and viewer retention like the one above but also goes into other things such as editing techniques, B-roll etc.

This is a cool effect pretty much anyone can do using masking and speed ramping.

It is shown in Filmora and with their new Speed Ramping module that’s probably the easiest way to do it but any software with speed ramping can do it.

As usual with these types of effects the key is in shooting the footage correctly in the first place.

After that the rest is pretty straightforward.

This is an updated tutorial using the newer masking tool in Filmora 11 to re-create a sort of freeze frame/cloning effect.

Filmora has been able to pull off this effect for quite a while now but as you will see in the video below the new masking module makes it easier to get a smooth looking result.

By default PowerDirector is configured to serve the user the best way it knows how especially when it comes to working with High Resolution footage in the timeline.

They know that any problem with regards to playback or scrubbing through the timeline is going to be blamed on them!

To that end they try to bypass the user and assume that the computer being used most likely lacks resources so everything is set up to be rather conservative.

As a result of that if you try to capture a snapshot or frame grab in PowerDirector it will generally result in a high definition resolution image.

That is pretty much going to be a 720p or 1080p size for most people and bear in mind that most video editing software like VideoStudio or Pinnacle Studio will behave the same way.

If you are working with 4k video files and you want 4k snapshots or frame grabs then you are going to have to jump through a couple of hoops. Here’s how.

Like most consumer level video editing software PowerDirector offers a lot but at the end of the day, there are limitations.

Some of those limitations are because of the expense of software development, some are because the target market will most likely not be running computers powerful enough to handle it and some are because… well nobody thought anyone would ever want it!

Anyway regardless of why PowerDirector shares another trait will most consumer level video editing software.

Nine times out of ten there is a workaround where you can trick the software into doing something it really shouldn’t be able to do! This is one of them.

This is a run through of some of the settings and tools available to you when it comes to transitions in Filmora.

Like most video editing software Filmora accommodates adding transitions before the cut, after the cut and across the cut between two adjacent clips on the timeline.

There are also tools for bulk adjusting transitions and adding them randomly as well.

These are a few examples of using multiple layers for title effects as well as stacking effects on top of those layers.

In Filmora there are approximately three ways to create animated text titles.

I am not sure that there is anything in this video that we probably haven’t all seen before but I wanted to include it this week as a reminder.

One thing I have noticed at those times when I have been busy editing rather than gathering articles for the blog is that I forget things!

What I mean is that I forget tools I have, I forget tips and tricks I know but haven’t used them for so long they have been shuffled to the back of the line!

Usually halfway through I suddenly remember a tool or technique that has dropped off my radar and I can pick it back up again.