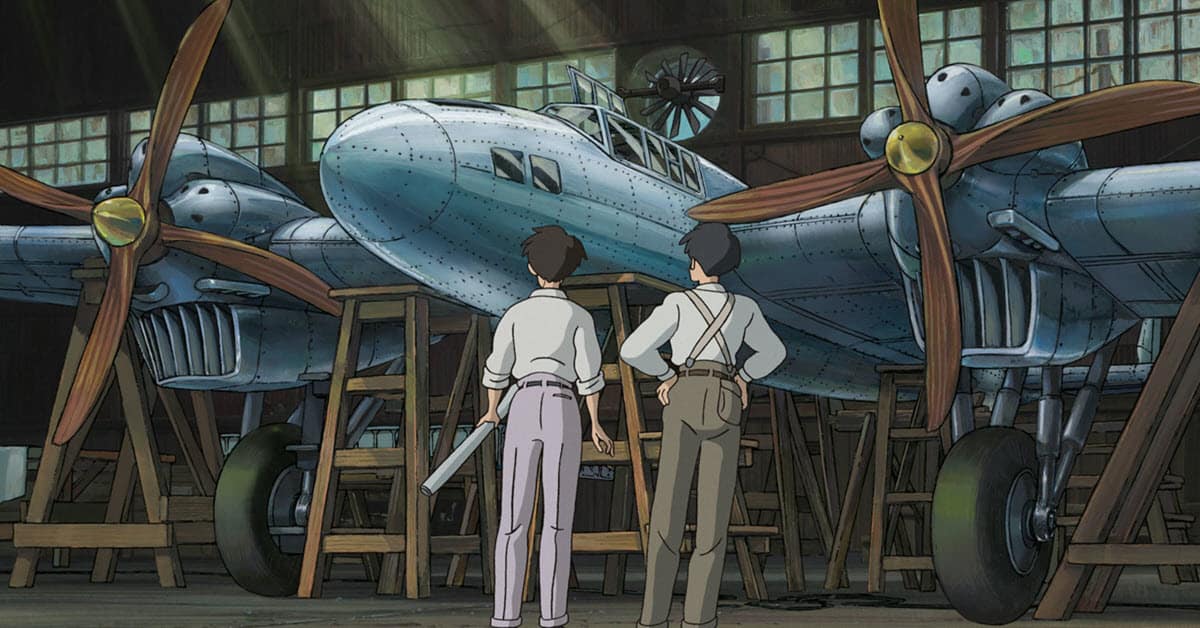 This week Studio Ghibli announced (in Japanese!) on their website that they would be releasing to the public, high quality stills taken from many of their most famous films.

They will be releasing about 8 new films per week taking the final total of available image to around 400 by the time it is all done.

The first batch covers films like When Marnie Was There, The Tale of the Princess Kaguya, The Wind Rises, From Up on Poppy Hill, The Secret World of Arrietty, Ponyo, Tales from Earthsea, and Spirited Away.

CyberLink have this week released updated versions of their entire “Director” series of multimedia software including PowerDirector which moves to version 19.

This one is not so much an “added features” kind of update but more an enhancements and improvements to existing features kind of thing.

You can read the original announcement HERE

I will be updating my current PowerDirector Review this week once I have had a chance to have a play with it.

In the meantime here’s a video from Sharper Turtle that covers what’s new.

The Best Microphone for Podcasting on a Budget

I am not real big on doing equipment reviews or recommendations, lord knows the internet is already full of that stuff!

I have added the video below because I think it is an excellent video on a sub $100 microphone that would be suitable for podcasting, web casting and general voice over work at home.

Having video editing software that can reverse videos is hardly rocket surgery these days although there was a time when that was the cool new feature!

Anyway here are a couple of suggestions for using that effect in your own projects. Just remember kids, just because you can doesn’t mean you should!

GoPro recently released the Hero 9 iteration of their action cam and although I don’t get into camera too much on this site I thought this review would be kind of interesting.

I am sure there are a million reviews of it out there on the internet but not all that many that look at the cam from a time lapse point of view.

Apparently it is pretty good!

YouTube has certainly become a pretty cutthroat environment in which to operate.

If you are just looking for a place to upload and share your videos with people you know already then it’s perfect for that.

On the other hand if you want to distribute your videos and develop an audience then things are not quite as simple.

The are many, many steps you have to take to make it on that platform and maximize your chances of success.

YouTube is algorithm based so you need to feed that algorithm with what it needs whilst at the same time tailoring your content for human users.

OK so this is advanced, difficult, complicated and complex.

However it does give a pretty good insight into what really makes the difference between an amateur video and a professional one.

Rather than getting too bogged down in the details (and there are a LOT of them!), focus instead on the decision making process that goes into each step.

This is a full start to finish video and if you are at all interested in lifting your video game, well worth watching.

These are four Transition effects that are fairly popular at the moment through K-Pop videos.

As you go through the tutorial there are a few points to keep in mind.

Most video editing software will have the tools or similar tools to achieve these effects.

The first effect relies heavily not just on motion tracking but on the ability of the software to automatically create a motion path based on the footage.

From memory I think CyberLink PowerDirector and Pinnacle Studio have this feature but you will have to check your own software.

The second effect is shown in a quite complex way which you can probably get away with by just just blowing out the color and exposure at the cut point.

Alternatively you could simply insert a fast fade through a white color block using a fade transition set to act for only a few frames.

On the third one you are on your own!

The final one is a simple in camera transition really so anyone can pull that one off.

Before And After Wipe Effect in DaVinci Resolve

Although I tend to rage a tad against pre-packaged transitions, there are times when they actually come in handy.

In the video below Casey shows how to use such a transition to create a wipe effect that can be used in a “before and after” type of situation.

The key here is that he doesn’t just slap on the transition as it comes out of the box.

He actually takes the time to go into the individual settings of the transition and tweaks it to how he specifically wants it.

Most video editing software will come with a range of similar transitions to the one he uses no matter what software you are using.

Just make sure that when you are using ones like this to go into its settings and see what you can change or control to make it look professional.

How to Make Scrolling Movie Credits in Resolve 16

This is a fairly quick and quite simple tutorial on creating rolling credits in Resolve just like it says on the box.

This is a great basic skill to learn because once you do, you can quickly create intros and outros for you video projects.

On top of that you can use the same techniques to create templates you can use over and over which is particularly good for YouTube video branding.