Dashboard warning lights: Car symbols you must not ignore as they could cause a crash

Motorists are being urged to become knowledgable about these essential dashboard Warning Lights (Image: GETTY)

There a lot of lights and symbols that appear on a car’s dashboard which convey different information to the driver.

With cars becoming more connected, complex and advanced, there may be a gap in motorist’s knowledge which could land them in trouble.

Knowing what Warning lights on the dashboard are conveying is essential to keep you safe on the roads.

A recent survey found that almost two thirds (59 per cent) of motorists had issues identifying warning lights on their dashboards.

Red lights are especially crucial to understand as they can be an indication of a serious problem the car is experience that needs addressing immediately, for example and engine fault.

Used car supermarket, The Car People, has created a guide of the most serious warning lights that could force you to pull over

Firstly drivers should familiarise themselves with the different coloured lights as varying colours communicate the severity of an issue the car is having.

There are five different colour lights that can appear on the dashboard, which are: red, amber, blue, white or green.

Ignoring certain lights could land you in trouble (Image: GETTY)

Red is the most urgent or severe warning and relates to something which must be addressed immediately as these issues can have serious implications on the safety of your car.

Certain red warning lights refer to safety issues which can be addressed and sorted immediately such as putting on your seatbelt of shutting a door but some can be related something significantly more severe.

Amber lights usually signify an advisory that are not immediately dangerous, such as the oil being low which could cause a problem with your vehicle if not seen to in due time.

Blue/green/white lights are of the least concern and usually signify that a system in the car is switched on, such as the air con or the headlights.

Here is a list of warning lights that could force you to stop immediately:

1. Airbag – The airbag lights relates to a fault with one or more of your airbags. If this light appears you must seek for assistance as soon as possible as they will need to be repaired by a professional mechanic.

2. Manual airbag switched off – This light also refers to a lack of an airbag but relates one that has been manually switched off.

The reason for this is due to the presence of an infant in the passenger seat as you are often required to switch off an airbag when travelling with a baby seat.

This light turns on to remind motorists to turn the light back on when the airbag should be switch on when a child car seat has been removed.

3. Brake pad fault – The red warning lights refers to a fault with the car’s brake pads. When the light is displayed it usually means that the front or rear brake pad needs replacing.

Damaged brake pads or those that are heavily used cane extremely dangerous and can lead to fatalities.

If after you have refilled the engine oil then you should take it to the mechanic because it could be an indication of a number of different issues and ignoring ti could cause long term engine damage.

Battery warning – If the light shows it means that the battery isn’t receiving a charge from the alternator, which may be due to fault.

It could mean a few different things, but it is always best to speak to a professional for help as the battery may need replacing.

Engine control unit fault – The warning lights could refers to a mechanical fault with the engine or the electronic Engine Control Unit (ECU).

The engine may fail, which is an expensive and dangerous situation, or it may enter a limp-home mode that will get you to a place of safety but no further.

Braking system or ABS fault – If either of these signs appear, it is important to pull over somewhere safely and call for assistance, as you are at risk of skidding or the brakes not working at all – which could potentially be a dangerous situation.

Power steering – Most modern cars use power steering, and if this fails it can become incredibly heavy to steer the car, making it difficult or impossible to control the car safely.

You may be able to manoeuvre it to a safe position at low speeds, with effort, but it will be dangerous to drive at normal speeds. So if this warning light appears, call for help immediately.

Engine coolant – This warning light indicates that there is not enough engine coolant or that it has exceeded its maximum temperature.

If you carry on driving, the engine will overheat, its performance will suffer, and it may stop entirely, quite possibly with serious damage to the car.

Quiz: Can you identify these dashboard warning lights?

Quiz: Can you identify these dashboard warning lights? 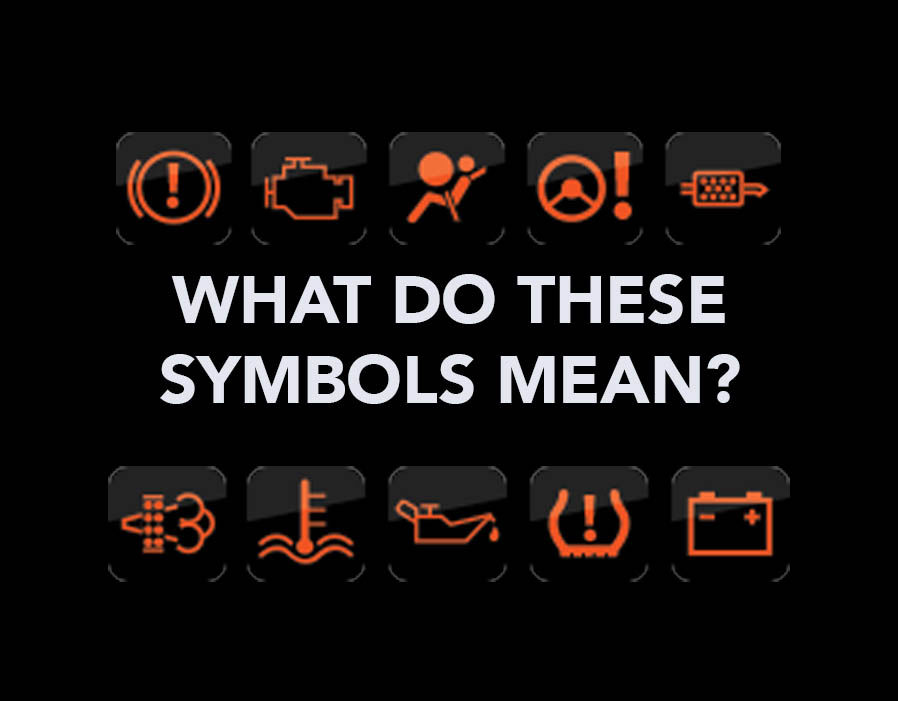 Jonathan Allbones, Operations Director at The Car People, said: “Dashboard warning lights are an integral system to any car and understanding them is important.

“They can be a serious indication of problems with your car and can hit you in the pocket if ignored.

“When you spot a warning, it’s always best to get it looked at as soon as possible.

“The colour coded system is helping in understanding the severity of the warning light, which is why we wanted to highlight just how dangerous it can be to ignore or not understand a red warning light.”

Dashboard warning lights: Car symbols you must not ignore as they could cause a crash