One of the claims Samsung has made with regard to its Galaxy devices is that the company would release security patches as soon as possible for them to put users’ minds at ease about the possible risks and vulnerabilities created by software loopholes that could prove perfect targets for malicious hackers and malware. To this end, the Korean giant who just announced the Galaxy Note 7 back on August 2nd has now released the Note 7 August Security Patch in the form of an update — and Verizon is leading the charge on pushing the August security patch to its Note 7 customers.

How Do Bed Bugs Reproduce?
How to Develop an Educational App?
Office Life
#Luimelia resumen de episodio 2×02
Remote Learning Resources for the Fir…

The Note 7 August security patch brings the baseband version to N930VRS1APH1 and the build number to the same (VVRS1APH1), without an update to the 6.0.1 Marshmallow OS that comes pre-installed. The Note 7 August security patch is said to cover up 3 of the 4 QuadRooter vulnerabilities that were formerly at risk. For those who do not know, QuadRooter is a vulnerability that allows malicious hackers to take advantage of loopholes in software drivers found in Qualcomm processors or SoCs.

Only Qualcomm software drivers in SoCs have this problem, but thankfully, it can be solved by a software security patch, which explains why Samsung is releasing the Note 7 August security patch immediately for those who pre-ordered the Galaxy Note 7 (and those who are soon to buy the new handset). The QuadRooter vulnerability affects not only the Galaxy Note 7 but also devices such as the LG G5, Galaxy S7 and Galaxy S7 edge, the OnePlus 3, Nexus 6P (as well as the Nexus 5X and Nexus 6), LG G4, LG V10, OnePlus 2, OnePlus One, as well as the HTC One, HTC One M9, and HTC 10.

New handset owners can take advantage of the Note 7 August security patch by visiting Settings>System>System Updates>Check for system updates. Make sure your Galaxy Note 7 has at least 50% battery before proceeding with the update, otherwise you’ll have to wait to recharge it first before downloading the security patch. 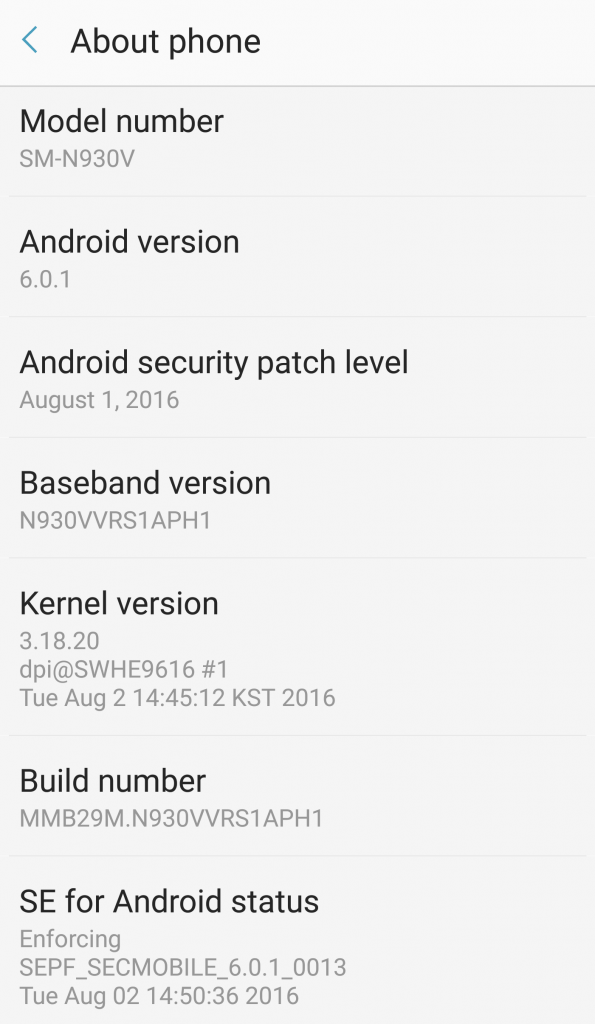