Samsung is always looking to bring something creative and new to the smartphone game, and this can be seen in the Galaxy S6 edge, for example, that provided color-coded contacts that would cause the phone to light up a certain color when a certain color-coded contact called. It was a pretty cool feature, though some rode it off as superfluous and insignificant in the smartphone race. Well now, the Korean giant is back with a feature known as Smart Glow that it looks to bring as a new feature to its Galaxy smartphones — starting with the Galaxy J2 (2016) first.

According to the source, the Galaxy J2 (2016) shows a color ring (in this case, white) around the camera lens, which alerts users as to incoming calls, missed messages, emails, and other notifications, too (including text messages from family and friends or even acquaintances). LED notifications have been a staple feature on Samsung Galaxy smartphones for some time, with “red” indicating that the phone’s battery is low, green indicating the phone is fully charged, blue to show that a text message or email message is waiting, and even white to show that some news apps have breaking news to present. With the end-to-end encrypted Telegram app, for example, you can customize the LED notification color to orange even, should you want to have a change in the usual LED notification colors for your smartphone.

Smart Glow will also work toward assisting users with selfie photography. Samsung’s directions for this feature involve helping users know when their face has been detected for a selfie shot, at which point the phone will beep and the Smart Glow ring will change to blue — taking a photo 2 seconds later.

The Smart Glow feature is currently found only on the Galaxy J2 (2016), a new device from Samsung that features a 4.7-inch display, 1.5Ghz Spreadtrum 8830 processor, 2GB of RAM, 16GB of storage with a microSD card slot for expandable storage, 5MP front camera, 8MP back camera, and a 1,500mAh battery.

Samsung says that Smart Glow will come to other Galaxy smartphones, though it’s unknown as to whether or not the upcoming Galaxy Note 7 will see it, but the Galaxy S8 in 2017 should. 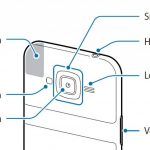 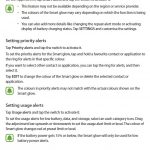 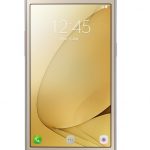 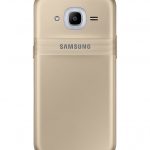 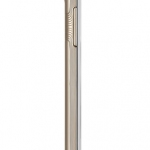