League of Angels, as you may know, is a free to play MMO that falls along the lines of a JRPG. It has turn-based combat, instanced dungeons, lots of crafting, mini-games and some PvP thrown in for good measure. Of course, while it’s always fun to keep on going with one game and building up progress, sometimes a gamer needs to take a break and try something new.

Therefore, we’ve compiled a quick list of some top games like League of Angels for you to check out. So without further to do, we give you:

Top Alternatives to League of Angels 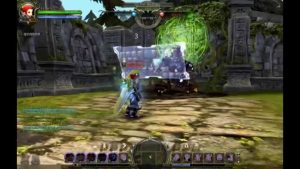 Dragon Eternity is pretty unique in that it’s a cross-platform game, with both mobile device and Browser gamers playing together and of course, log-in on either and have your progress saved. Like other MMO RPGs, you have a rich fantasy backstory to play in, with a choice in one of two factions, a relatively simple Class System, a lot of items and equipment, and of course, turn-based combat. Dragon Eternity is especially targeted to casual gamers, so if you don’t feel like the kind the kind of time required in a AAA release, this is a great alternative. 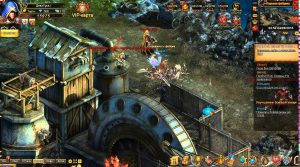 Shadowbound does really when with story-driven experiences, providing a rich and colorful world to play through. The game itself has lots and lots of content, from different types of combat, interesting events, some good customization and of course a PvP arena. The class system is basic, with only three classes to choose from, but they’re all solidly done and great fun to play.

Uniquely for MMOs, you can recruit mercenaries to play in your party, which works well for both casual and hardcore players that want to min-max. All in all, there’s a lot of potential to spend hours of fun in this game, so you definitely should check it out. 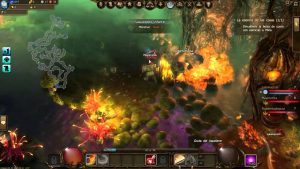 For people who prefer a traditional MMORPG, Drakensang is a good option, taking some inspiration from Diablo, and having a pretty open world to explore. In addition to that, there’s a good class system, with the ability to slot different classes for different needs as you play. Aside from that, there’s a lot of loot to be found, so it does take the looter approach when it comes to RPGS.

All in all, it’s a good hack and slash game within the MMORPG genre, so if you’re into that, then you might want to mosey on down and see what the deal is. 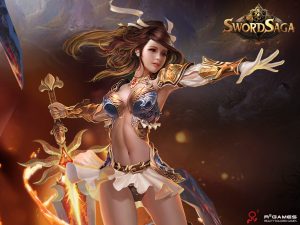 The main strength of Sword Saga is in its instanced dungeons, which provide the majority of play. Class choice is simple, with three to pick from and all of them fulfilling traditional RPG roles. Combat isn’t that fantastic, but it’s more than made up for by the good story telling and captivating game-play.

If you enjoy an MMORPG with a good story, then Sword Saga is a good choice.

The only downside to Nova Genesis, is that it is quite similar to other games in it’s, but thankfully that isn’t necessarily a bad thing. Offering a fresh perspective, and flashy graphics, it has a pretty interesting and new setting for you to play if you’re a fan of this sub-genre. The game isn’t open world, and follows a linear level system, and the combat itself is pretty simple.

Given the good parts of Nova Genesis, you can easily look over the pitfalls and really have an enjoyable time, especially if you like this type of genre.

So what do you think of our list, are there any more games that should be on this list? Let us know in the comments.