Pebble teases with a “wait for it” Twitter message

Smartwatch maker Pebble is back at it again with a big announcement. Though details are scant, the company took to Twitter with a mysterious social media post: “Everything’s better with friends. Invite the crew to pebble.com May 24 at 10AM ET,” with the hashtag #TheClockIsTicking. 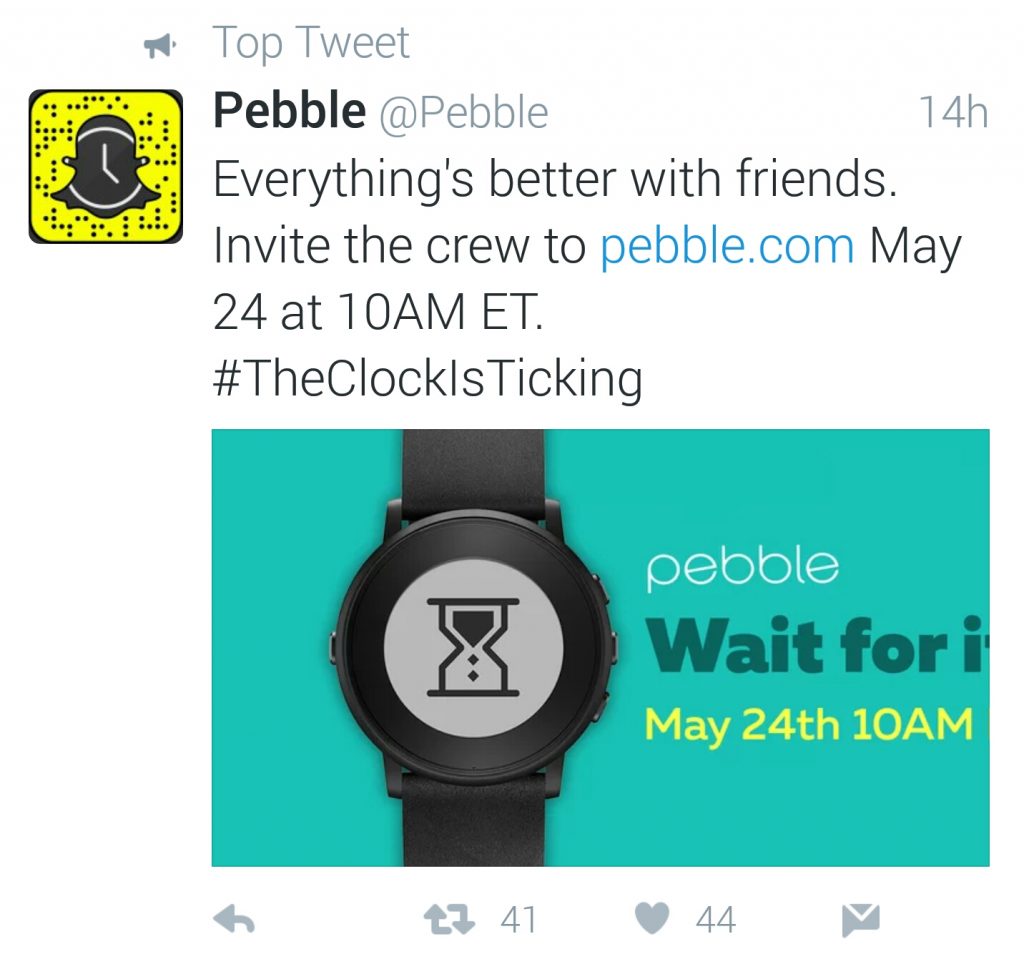 We don’t know what could be meant by this, except to say that the Twitter Message shows a Pebble watch with an hourglass on it and the words “wait for it,” which don’t tell us much. It could be a new smartwatch, something to add to the Time Steel and the Time Round (it could be a transformation of the Classic smartwatch, for all we know). The other mysterious thing is that it says “everything’s better with friends” and “invite the crew,” signaling that there may be something social media related about the announcement. It could also be an exclusive preview of something that is on the way, or a sale at the site in which those who provide their email at the Pebble site could find themselves in on a new sale with major discounts, and so on.

Usually, with messages like these, there’s little to understand or digest. We know that the company has had to lay off 25% of its workforce lately due to tight funds, and that the company is also supporting Chinese company Powerstrap at Kickstarter with the launch of Powerstrap’s new Pal Smart Strap that adds GPS and 7 days of additional battery life to the current Pebble smartwatch.

The “everything’s better with friends,” though, could be a message that, similar to the LG G5 announcement at MWC 2016 is all about modularity with its smartwatch (adding things and replacing components). If so, this would fit the new Pal Smart Strap we mentioned above. And yet, there’s little to know beyond what we’re given. If anything, the company will make its announcement known in just about 10 hours, so I guess we’ll know something then. Stay tuned.

Pebble teases with a “wait for it” Twitter message