Microsoft has just announced that it’s Database software – Sql Server is coming to Linux. This is the first time that Microsoft is allowing it’s SQL server to run on another platform other than windows. It’s a notable shift implying that Microsoft is prioritizing the sale of its database software (SQL server) over the sale of the operating system running beneath it. As of now, Linux powers one-quarter of all services running on Microsoft’s Azure cloud service though users cannot run Microsoft software on those servers. This is one particular area where the impact of SQL server availability on Linux will be profoundly felt.

Why Furries Make Excellent Hackers
What Is the Worst Credit Score?
MICRO BUSINESSES

Currently, SQL server version for Linux is available for preview through the full release is planned for mid-next year. The move to have SQL Servers available on Linux will mean fewer sales of Windows but according to Satya Nadella – Microsoft’s CEO, the company’s strategic asset is not the server operating system but data. The CEO is trying to boost Microsoft’s sale of the database while taking customers from top vendor Oracle whose share market was twice that of Microsoft in 2014. Introducing a Linux database will also help Microsoft to target high-performance systems and sell more to existing customer who use more than one operating system.

Microsoft has in the past supported several flavors of Linux to its cloud service – Azure. With this move, it has probably noted the high growth rate of Linux over the last few years. According to a research firm Gartner, 2.4, million Linux servers were shipped in 2011 .The number rose to 3.6 million servers in 2014. In the same period, Windows saw a drop of servers shipped from 6.5 million to 6.2 million. Linux and open-source database market generated revenue of $4.4 billion in 2014 while Windows database generated $6.9 billion. Nadella notes that Microsoft now can go after a big market that they never participated. 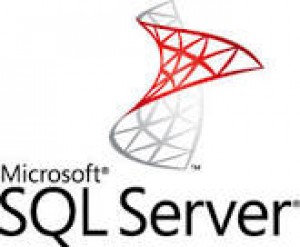 As of now, Microsoft is facing stiff competition from open–source database option and commercial options from companies like Oracle. The current market also has new option including NoSQL database companies e.g. MongoDB and technologies like Hadoop. By expanding, they will become more competitive with companies not being in a position to write-off SQL Server because of preference for Linux or Windows licensing cost. Microsoft is also offering technologies in database service in the cloud that many users prefer.

Microsoft of late has been willing to risk Window’s market share to make their presence elsewhere felt.It has already developed applications and software that are running on competitor’s devices such as Google’s mobile operating system and Apple and by this current move, they show their willingness to reach more and more customers.