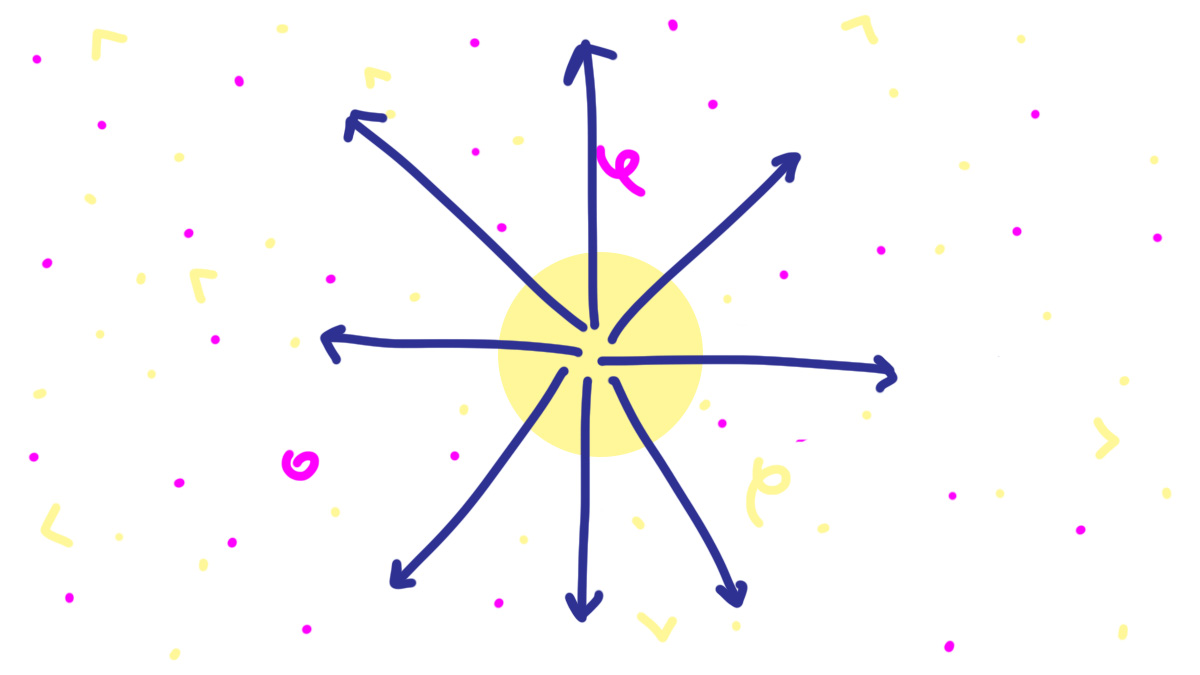 The percentage of U.S. GDP spent on Health care continues to rise, reaching 17.9% in 2017. At the same time, health insurance premiums have increased as much as 60% in the individual market in some states. The federal and state insurance exchanges have failed to rein in costs. Now, with the rollback of the mandate that individuals must purchase health insurance, the number of uninsured in the country will climb. Meanwhile, continued federal funding of the subsidy for insurance for the poor is uncertain.

It’s time for a better idea that addresses both cost and quality. That better idea is expanding the successful Medicare Advantage program to both Medicaid and employer-covered populations.

This Medicare program has a proven track record in preserving quality and generating customer satisfaction. If all Americans were covered by the program, selection bias — insurers seeking to cover healthier, more profitable people and shun the sicker and more expensive — would be eliminated (since everyone is in the same risk pool). And health care costs would be better managed because the Centers for Medicare and Medicaid Services (CMS) would accelerate value-based payments to providers and cost shifting from Medicare-covered populations to populations covered by employer-sponsored commercial insurance plans would be eliminated. (Because Medicare and Medicaid underpay providers and don’t cover the full costs of treating their populations, commercial plans are forced to pay more than their fair share to cover this shortfall.)

Before going into the details of how this approach would work, let’s first understand the problems that need to be solved.

The reasons health care costs are out of control are many, but there are two important ones. Let’s start with the insurance problem. The Medicare and Medicaid programs underfund the cost of care in most of America. A few states, because of quirks in the Medicare law of 1965, fare better than others. Regional prices were based on what the existing costs were in various markets when the law went into effect in 1966, adjusted by cost of living for those communities. From the beginning, if a hospital was efficient in a low-cost market, the Medicare payments were much lower than those made to high-cost inefficient hospitals in high-cost markets.

This problem has not been addressed in over 50 years because high-cost inefficient markets happen to be in states with large populations and political clout such as New Jersey, New York, and Florida. The legislators from those states would not win reelection if they voted to redistribute payments fairly. This is one reason cost shifting from government payers to commercial payers is even greater in states such as Iowa and Wisconsin. It makes a difference when a hospital in Iowa is paid by CMS as little as 50% of one in New Jersey. But even in New Jersey, Medicare is the second-worst payer after Medicaid, so there is still cost shifting. This cost shifting is a never-ending game that employers have rightfully been complaining about for many years.

Accountable care organizations, a prominent feature of the Affordable Care Act (known as Obamacare), are making the matter worse. They are aggregations of hospitals, doctors, home care agencies, and other care-delivery components. Medicare contracts with these entities to deliver coordinated care for the Medicare fee-for-service beneficiaries, which has led to the mergers of many delivery systems. Few independent hospitals or physician groups are left, and there is no competition in some markets. The consequence is the bigger delivery systems have more leverage in negotiating prices in the commercial marketplace. Evidence suggests that the resulting high prices are a major contributor to increases in the overall cost of U.S. health care. (There is no evidence, however, that bigger means higher-quality, more-efficient care.)

The other important problem is perverse financial incentives. Hundreds of thousands of deaths occur in hospitals and outpatient settings every year due to medical error. On top of that, millions of people are injured. But the financial incentives actually reward the errors. Commercial insurers continue to pay for mistakes and poor care by paying providers based on utilization of procedures and hospital admissions, no matter what the reason for service is. This is called fee for service, and it’s literally killing us.

CMS has made some inroads in changing the fee-for-service model and moving toward a pay-for-value model by applying penalties for hospitals that have high error rates. Hospitals that have more acquired infections during a patient hospital stay, for example, get paid less than hospitals that have low infection rates. Hospitals also get docked for patients readmitted within 30 days of their last hospitalization. (The Trump administration has diluted some pay-for-value programs such as the bundled-payment initiative, but for the most part, CMS is continuing to roll out these programs.) As these value-based payments become part of the mainstream, it is forcing health care systems to utilize principles of enterprise excellence, which require daily frontline problem solving and constant prioritization of projects by leadership to improve the cost and quality of care.

Unfortunately, value-based payments are not reaching many of the large self-funded employers. They simply contract with national plans that continue to pay on a fee-for-service platform, encouraging more utilization of expensive hospitals and outpatient surgery centers, not better health outcomes. Some self-funded employers have taken steps to reduce costs such as establishing on-site clinics and instituting incentives for healthy behaviors. And some companies such as Serigraph in Wisconsin have found that giving employees control over — and responsibility for — their health care spending with high-deductible health insurance can save the company money. Most employers, however, are not so aggressive.

What is an alternative to this mess? One idea is to look to a program that has been working: the Medicare Advantage program. It has grown rapidly and now covers more than 30% of all Medicare beneficiaries. It also has one of the highest customer satisfaction rates of any health insurance plan. The dominant type of plan in the program has a health maintenance organization, or HMO, format and is administered by commercial insurers, who compete on the basis of service, provider networks, and quality. The important pay-for-value features CMS has introduced are embedded in the program. Commercial insurers contract with CMS and are generally satisfied with the financial arrangement and contract processes.

The program should replace both state Medicaid programs and populations currently covered by employers.

Medicaid. CMS would continue to assure that participating health plans that now cover Medicaid and employer populations meet the stringent quality requirements already established for existing Medicare Advantage plans. It’s no secret that Medicaid, which is administered completely differently in each of the 50 states, has out-of-control costs and low provider participation. Rolling Medicaid into Medicare Advantage would create a single standard for the plan and increase provider participation.

Employers. All employers with whom I have talked see their health insurance costs as a big risk to their business. But they are concerned about giving up control over administering their own health care benefit plan. I believe if they were given a proven, reasonable alternative to administer benefits and control health care costs, they would change.

Here’s how Medicare Advantage could be structured for employers: Employers would pay a payroll tax. It would be capped and would need to be less than the average of the percentage of payroll that employers currently pay for commercial insurance. A tax starting somewhere at 20% to 21% of the total payroll bill would save most employers a lot of money. (Even the companies that do a good job of managing health care spending still pay upward of 25% of their payrolls for health insurance.)

The employer could offer different Medicare Advantage plans through either public or private exchanges. The employer would pay into a pool administered specifically for Medicare Advantage. Or it could contract directly with insurers to offer plans. This might be advantageous for employers who want to offer the same plan at multiple business sites across the country.

What are some of the ramifications of this approach? The infusion of new dollars would provide the answer to the Medicare insolvency problem and, at the same time, stabilize employers’ health care costs. The federal government would negotiate prices for implants, devices, and drugs, which would reduce the wild variation in prices. There would be one ultimate contractor (CMS), thereby significantly reducing administrative expenses. Pricing throughout the markets in the United States would be standardized based on current differences in regional costs, not what was happening in the mid-1960s. Difference in payments for Medicare and non-Medicare treatments would be eliminated, bringing many providers back into the market for former Medicaid patients. Importantly, the government could move the nation away from fee for service faster by building incentive systems that allow providers to focus on improving health and reducing utilization of hospital and other expensive services.

The monopolization of providers in some markets would become irrelevant because the government would establish a standard pricing system. Providers in markets where there are monopolies might get paid less, but they are significantly overpaid today. Provider mergers would happen for the right reasons (to improve the patient experience and health outcomes), rather than the wrong ones (to create behemoths that wield huge pricing power). Accountable care organizations could still compete as broad networks of providers, but they would be competing on the right factors, such as quality and service, rather than price, since that would be preestablished. Commercial insurers would be able to compete on service, quality, and provider networks and maintain reasonable profit margins.

The main argument against Medicare Advantage for all is it may reduce patient choice. It is true that insurers create networks of providers for their Medicare Advantage offerings that don’t include every doctor or hospital in America. But the rapid growth of this product in the market and the high consumer satisfaction it has garnered suggest most Medicare beneficiaries are getting their needs met.

Any improvement in the cost and quality of care will require patient involvement: We know that as much as 70% of health care costs are driven by life style choices. CMS has not built incentives into the present Medicare Advantage plans for beneficiaries to make good personal choices, but it should — and by using carrots, not sticks. When I was CEO of an integrated delivery system in Wisconsin, we had a single health plan premium price with a 25% employee match. This match could be lowered significantly if employees stopped smoking, lost weight, or better managed their chronic disease (for example, high blood pressure or diabetes).

The new system I am proposing would not be that big of a stretch for providers. They currently receive close to 60% of revenue from government sources. And a recent survey by the American Medical Association suggests that 58% of physicians in the country would support such a government-paid system.

I do not think health care will reform itself. A bold new experiment beyond Obamacare is required, or we will simply revert to having 50 million uninsured people in this country and drastically rising commercial premiums for the rest of us. None of us can afford that.

This post first appeared on 5 Basic Needs Of Virtual Workforces, please read the originial post: here
People also like
How come so many Christians don’t really know God?
When does Botox Kick in for Your Patients?
30 Epic 50s Hairstyles for Men That Are Popular Again
iHerb – 38% off LactoBif Probiotics
Why PPE Is Crucial for Health and Safety in the Workplace