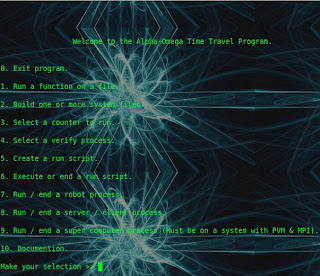 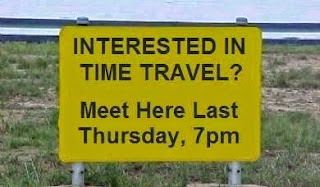 This post is my briefing to my countries intelligent services on my work. And is a briefing to the rest of the world as well.

Ray Hudson and Darby Phillips here you go. Here is your briefing.

Well, today I was playing with my check-sum hacking slash time travel software and I realized my methods could lead to new forms of encryption and new ways to use, store, and retrieve computer data for new and advanced applications as well as for very advanced communications and very advanced data processing.

My BNS by itself is a bad ass encryption system that can hide an unlimited amount of data in a very very small Number. I create tables that allow me to code and decode data with BNS. By itself it could function as a new encryption file system. BNS should be the choice for mankind to use to keep his data when he leaves earth and ventures into outer space. I had released a book and my research on it. Everything else I have about it is propitiatory intellectual private property.

BNS works by taking a number. For this example I will use 15 digit numbers only. It can take that number and give it another number of equal size as a point of reverence.

The CON here is if I spend 8 hours storing data in this number it will take 8 hours to decode that data. The only limit to BNS is time itself. So, that is BNS in a nutshell. Now, if that 15 digit number was to fall into enemy hands without the tables used to code BNS they would not be able to decode that BNS number. Now, I have the most advanced way in world to make those tables but that is my own personal private property. But, BNS is a damn good encryption and data storage system.

Now, my check-sum hacking which I use  for time-hacking and temporal-communication is another matter.  First of all I can take any computer file and make it what ever weak and strong check-sum I want. Thus hiding any data the file previously contained. This file would be treated as my counter file. I could roll it to a file containing a story about Mary Poppins.

Now, that does not mean the disk can not be scanned for deleted files and recover those deleted files. But, without that the file itself can not be decrypted without my encryption/decryption software and the original weak and strong check-sum. Again, my encryption/decryption software is private property and I have no plans to release it to anyone. Its also the reason the encrypted computer system it resides on will never connect to the Internet.

Now, any programs I will or have released to the public will only take a known file and make it a weak and strong check-sum only. And, putting that weak and strong check-sum back into my software will recreate the file. It will not by itself directly act as a encryption system decryption system. But, I have the means myself to write software that can use my check-sum methods to act as a encryption/decryption system. All I have to do is tweak my current code. I could do it in under an afternoon and make it work.

But, also, the person using my software can keep their config files. The config files will act as a file backup. Once the files are backed up to check-sums they no longer have to keep the original files if they do not wish too. My software can restore those files from the config files should they ever need them.

And now there is my time-scanner software. I use it to mathematically calculate the weak and strong check-sums of computer files I don't have but that I want. And those files can exist anywhere in space-time. My time-scanner software will mathematically calculate those weak and strong check-sums and make them into configuration files for my reconstruction programs. My reconstruction programs will construct those files.

So, here are the classifications of computer software that I have.

All windows and linux

And last all this can be parallelized to run on a parallel computer. How this would work the parallel computer would work on one weak and strong check-sum at a time but bot programs would work in sections of the file individually to restore the file. The master program would assign each bot a section to work on. The bots would make their changes to that section and report the difference change back to the master program. The master program would keep the changes that were beneficial and ignore the changes that were not beneficial. Thus allowing a check-sum to be restored to computer file in record time. And, there could be thousands of mater programs with their bots working on constructing thousands of computer files at a time with a parallel computer.

So, with a parallel computer a massive data, and intelligence collection could be undertaking with a time travel program.

Using the A/B algorithm a parallel computer could work with itself in both the future and the past to find answers to computer simulations.

This concludes my briefing to the intelligent services in my country and around the world on my work here at Time Travel Institute (The real one).

Reactor1967 reporting from Time Travel One Station. Over and out.