iPad these days is yet another new cool thing for everyone around. It is just like a mini computer isn’t it?  Take it everywhere, and your work will be done in just the right ways.But it doesn’t have support for the million dollar instant messaging application Kik. As far as the Apple devices are concerned the app is only available for iPhones. But then why fear when here we are here to help you out with Kik on your iPads. I have brought for you the steps you need to follow for downloading Kik on your iPad. For those who are yet to use Kik on your Smartphones, well you should download and have a look at it. However, for the iPad users, it is a little bit of an issue since the download isn’t available on the website officially. You need to follow a few steps. 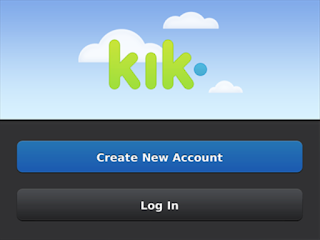 However, it is quite a surprise that Kik developers chose to skip iPad in the list of devices it will support. But we have been wondering since quite a while whether or not there are any plans to incorporate iPad in the official list. Kik has explained and stated very clearly that there is no chance for iPad or other devices for having Kik newly found on their devices. It is surprising though, but then may be the developers are convinced that the trick below will work just perfectly.

Most of you people must have had Kik once in a while on your Smartphones, and now that you have used it once you need it on your iPad as well, isn’t it? Though there isn’t any official way out, we have got you a trick to work it out. However, there are advantages of using a bigger screen and having everything as just a replica of what you use on your Smartphones,
there is one huge downside as well. The thing is that Kik is meant to support just iPhones as far as the apple devices are concerned, and so that is how the resolution of the app is. In short despite the pad, you will have the size as that of an iPhone screen only.

Here is how you can get everything sorted:

· From the app store on your iPad, search for Kik.
·  Now if you got to the list of apps purchased earlier, Kik will be among the options and you can download it from there. However, this isn’t always the case and there are often problems if the settings aren’t set the right way.
· You might end up searching the app for iPad but in vain it will be. Don’t worry, cause there is always a way out.
· You will find an option which says “device”, tap on it and choose iPhone.
·Now you need to change apps want for iPad to those for  iPhone  and install it the usual way.
Once downloaded you will have to log in and sign up like always. When you are done, you will see the size of the app same as that of an iPhone. Now you need to set the app for your iPad; for this, look up for the “2x” option at the corner of your screens bottom right. With
this the size will be doubled, but resolution might seem to be grainy.

9 Speech to Text Software That will Increase Your Productivity

Unboxing the NEW Brother The Luminaire sewing and embroidery machine!