The first thing I noticed about Alldaymall® 7 Inch is the fact that it's really thin. Not paper thin or anything, but comparable to Razr products being that it's about a centimeter in thickness.
The colors are quite typical of budget tablets; it has a dark gray finish with black trim around the screen.
One thing I wasn't too crazy about because I'm so used to my budget tablets being Coby Kyros design, would be that the inputs are in awkward spots. For example, the AC power jack input it located at the very top of the tablet as is the USB input. It just seems weird.
The power button is on top (when I'm used to it being on the side as well) and the volume button is on the side of the tablet. (right side)

Alldaymall® 7 Inch runs on android 4.0, but it can be upgraded and I believe mine is running on 4.1 or something along the lines.
The one thing I wasn't crazy about was how big the icons are. I mean, they're huge and seem more suitable for a 10-inch tablet, however, this isn't the case. I've also noted that there aren't any options to change the size of the icons whatsoever.Anyway, unlike the craptacular Coby Kyros mid 7042, this tablet DOES NOT HAVE ANY ISSUES WITH CRASHING.
Apps work really well on Alldaymall® 7 Inch. Apps such as Netflix, Youtube (which is not per-installed), Angry Birds, Temple Run, Fruit Ninja HD (which is per-installed), Fish game and others run just fine with the only flaw I can possibly think of being that if you play a game while using a live wallpaper and the screen goes to "sleep", once you tap the program again, the screen will be a weird color (equivalent to that of a negative photo), until you do a quick exit and tap the game again to play it. This was minor at best and it wasn't a tablet-breaking experience. This minor quirk also didn't "freeze" the tablet or cause it to restart.
It's just an excellent firmware with 4.0 plus interface that works as described.

This tablet is really fast. The speed is comparable to the Coby Kyros 4.0 or perhaps even some high end tablets.
The only downer is that at times after web pages load, you'll often have to touch the screen an extra time or two because for "some" web pages, it has a slight delay. It's really not much to speak of but still worth noting. Games run like a charm. I played Fruit Ninja and it's really fast, the graphics have no lag, there's no input lag or anything.
Netflix was slightly different because it needed a little extra time to start, but once it started, I was able to watch movies and shows, exit and re-initialize the program and actually the second time I re-opened Netflix, it loaded slightly faster for some reason. The start up time is somewhere around 20 seconds or less in some cases.

Alldaymall® 7 Inch features Google Play and it's very easy to setup. Basically, if you have a google account (g mail), you'll enter your gmail with password and it syncs. Nothing more needs to be done. In addition to syncing with Google, you can also add your regular emails to keep in sync with everything.
Personally, I'm not that crazy about Google play and I sort of prefer 1mobilemarket, but in Google play, you have all the apps you could possibly ask for with the exception of the few that are signature apps such as Amazon Kindle (my favorite)...
Alldaymall® 7 Inch also has a sound recorder, camera/camcorder (yes, you can do skype and such, but the camera is just ok. Make sure you have enough light or at least tweak the camera settings for Skype), it comes with what's called a 2160p pvideo player which actually has really good quality for streaming videos off an SD card or downloaded videos. I haven't tried the music player but there's one per-installed, it has voice search capability, I'm assuming a GPS/satellite Addy that comes with Google play. I have the slightest idea how it works, and it also comes per-installed with some games.

Now, onto the touchscreen which I love. It's fast, it's responsive, however, you can't calibrate it. It's no big deal because it's sensitive enough. The only delay you'll have with the touchscreen would be when web pages are loading.
One of the odd things about this tablet is actually the screen, because I'm not sure what it's made off, but it isn't slick like the other tablets I own. It feels dry, and it doesn't smudge for me.

The sound is good, but it doesn't have an equalizer or any tweaks to boost the volume. You may want to download an app called 'Speaker boost' if you want loud volume. Of course, it sounds great with earphones/headphones or any external speakers.

The first thing I noticed about this tablet was how bright it was. It's extremely bright to the point of calling it slight over saturation. Similar to if you turn your TV's brightness all the way up. This has no effect on videos but it does bother the battery life.

The battery life itself was really bad until I turned the brightness all the way down. (don't worry, it's still going to be bright) and downloaded an app called "Night Mode" which helped the battery life. Initially, however, the first few minutes of fiddling around with the tablet, the battery was dying by the minute. I can't estimate how long the battery life is but I've tested it without charging it for the past 2 and a half hours and it's still kicking at around 50 percent and lower. (Keep in mind that initially, I DID NOT download an app to tune the screen brightness)

Really, that's about the only con I could think of because I really like this tablet. It's fast, it was cheap (62 dollars), the placements are a little on the weird side, but the fact that it's so cheap and is comparable to my high end tablets, I'd definitely recommend buying this. Just keep in mind that the battery life is probably not the greatest, but you really can't beat the features for such a cheap price. 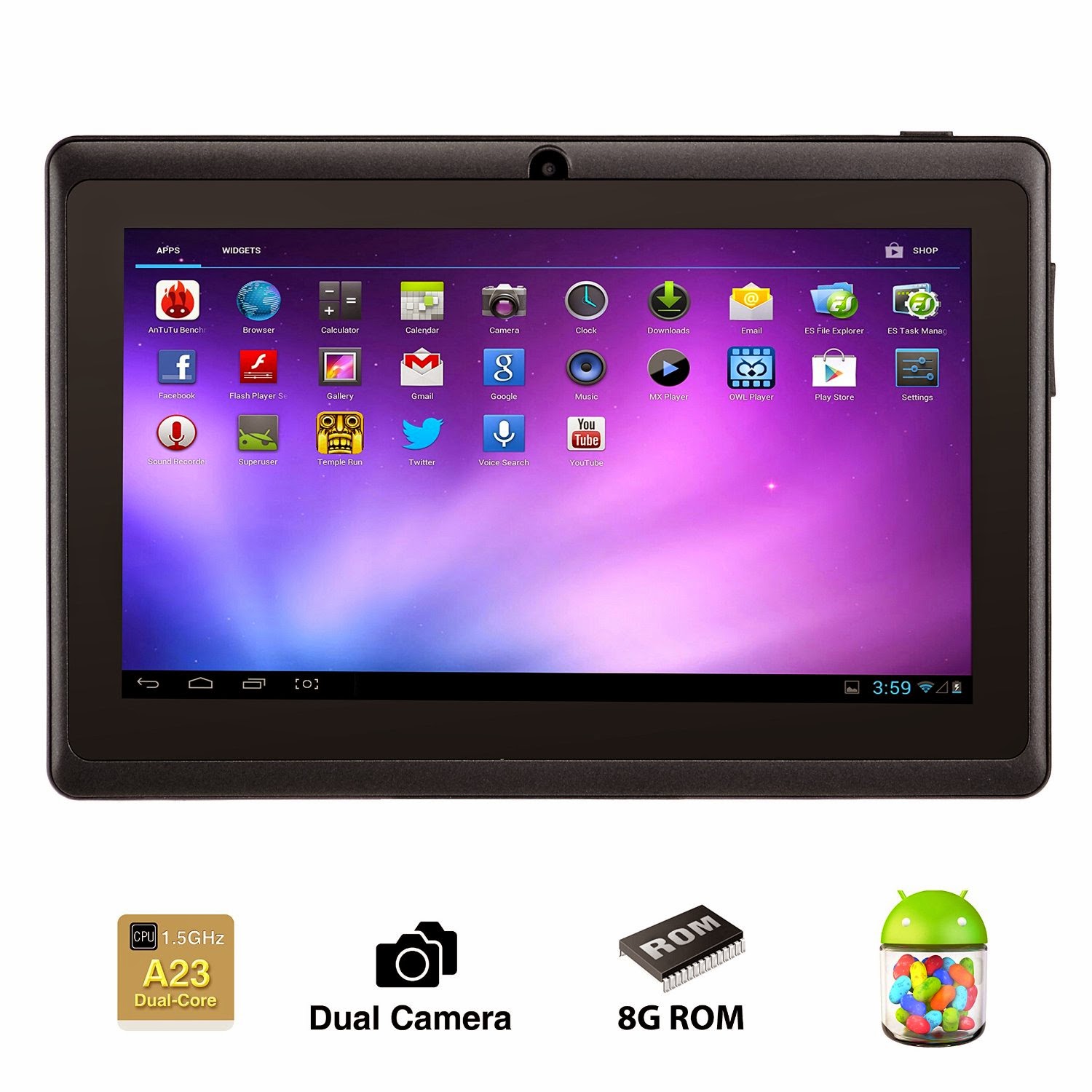 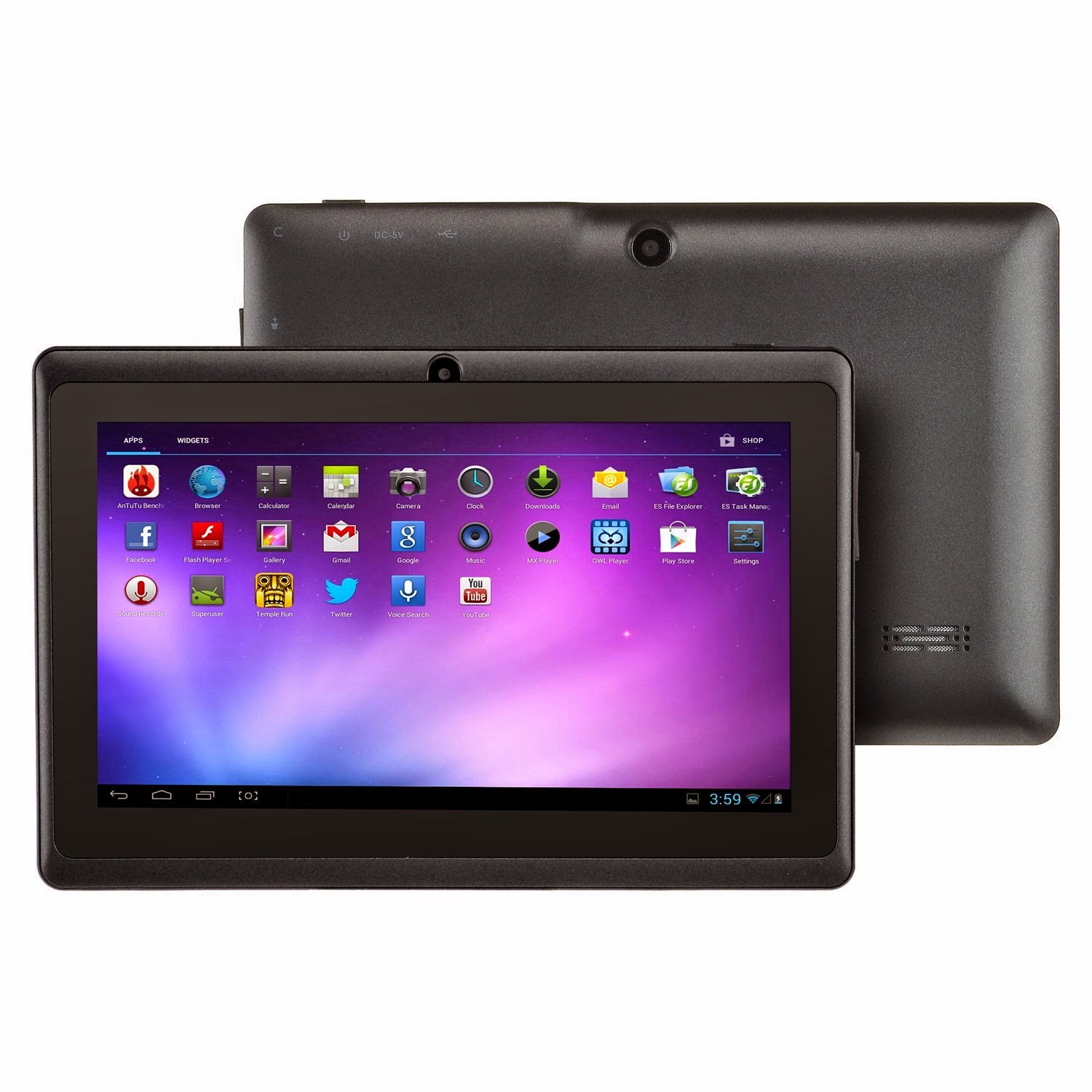 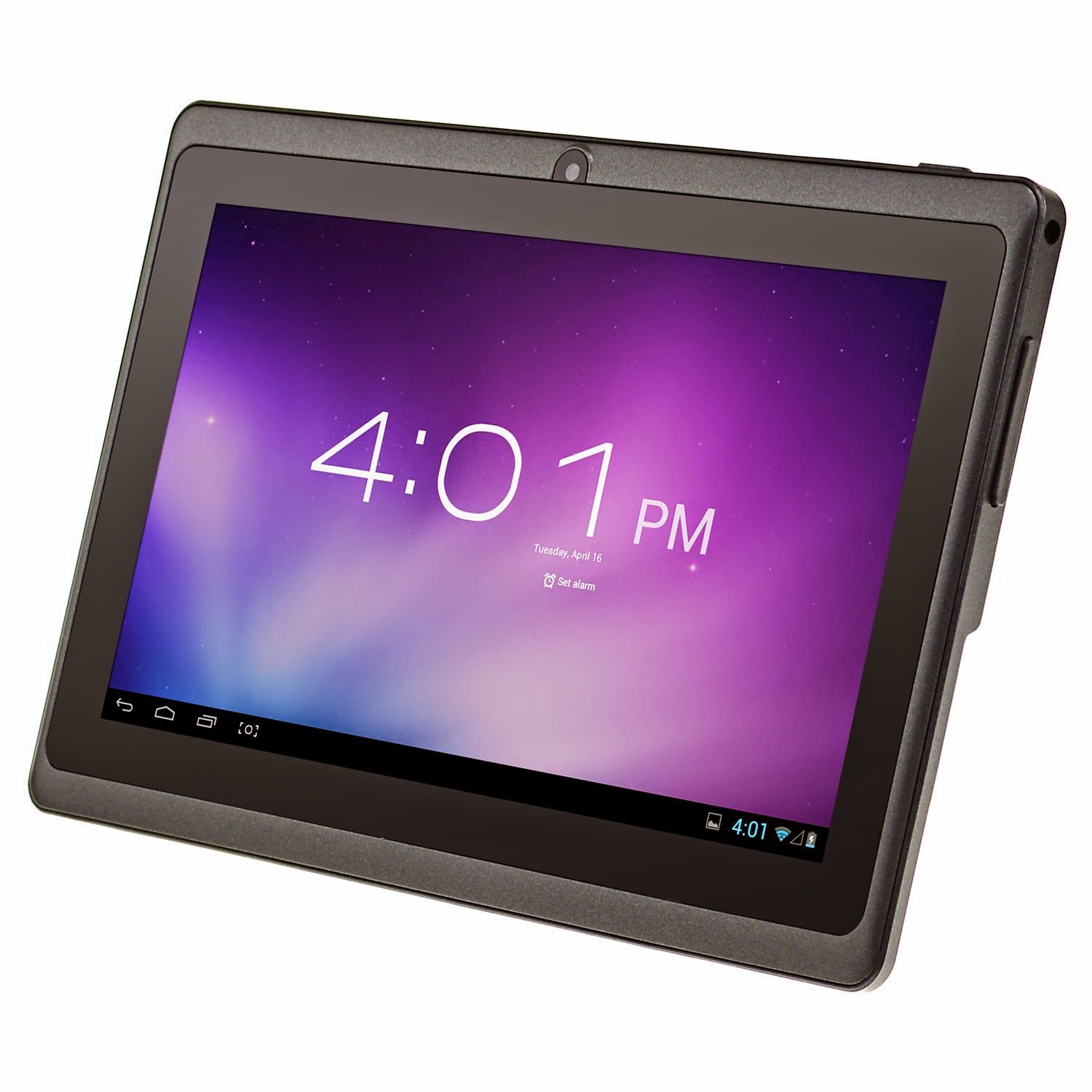 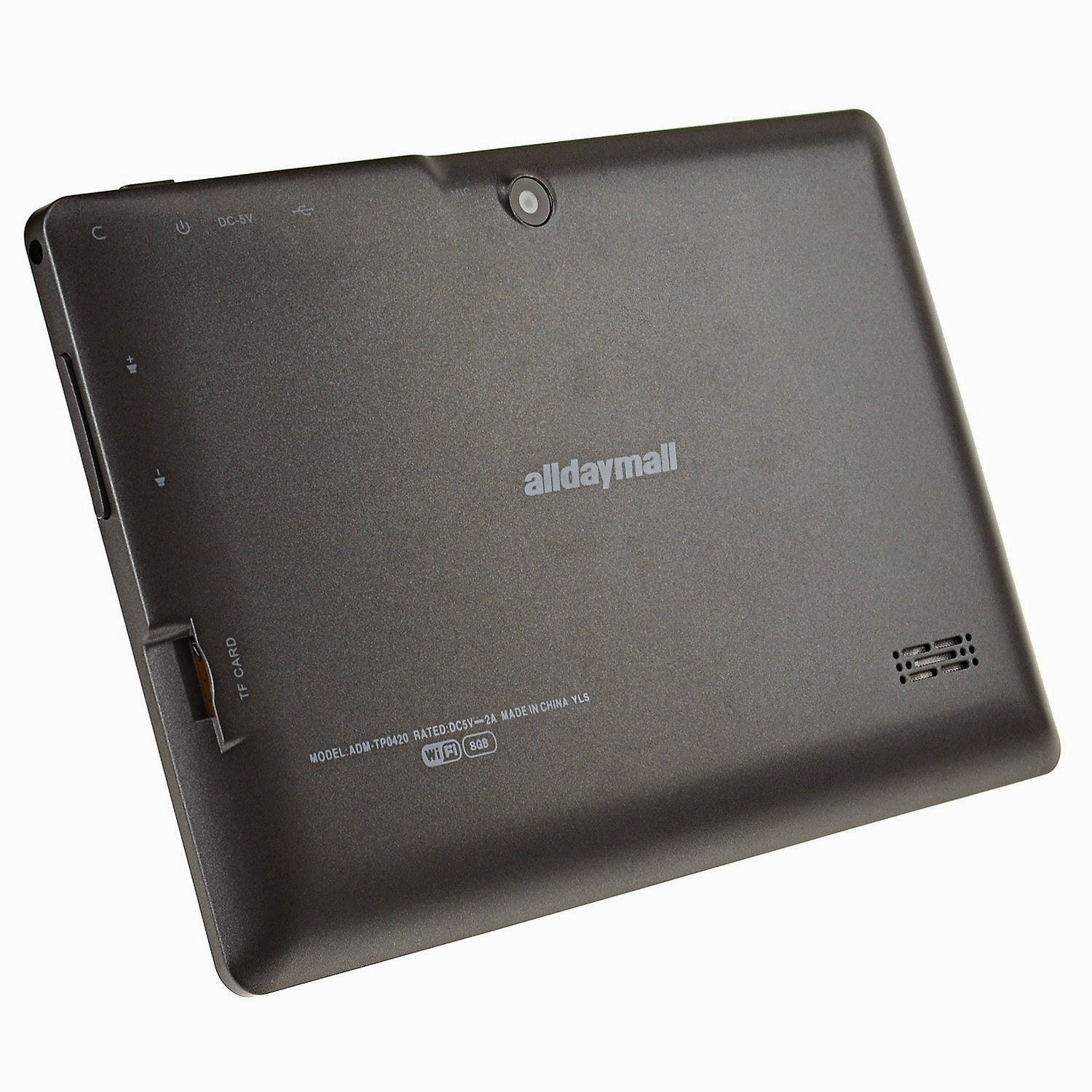 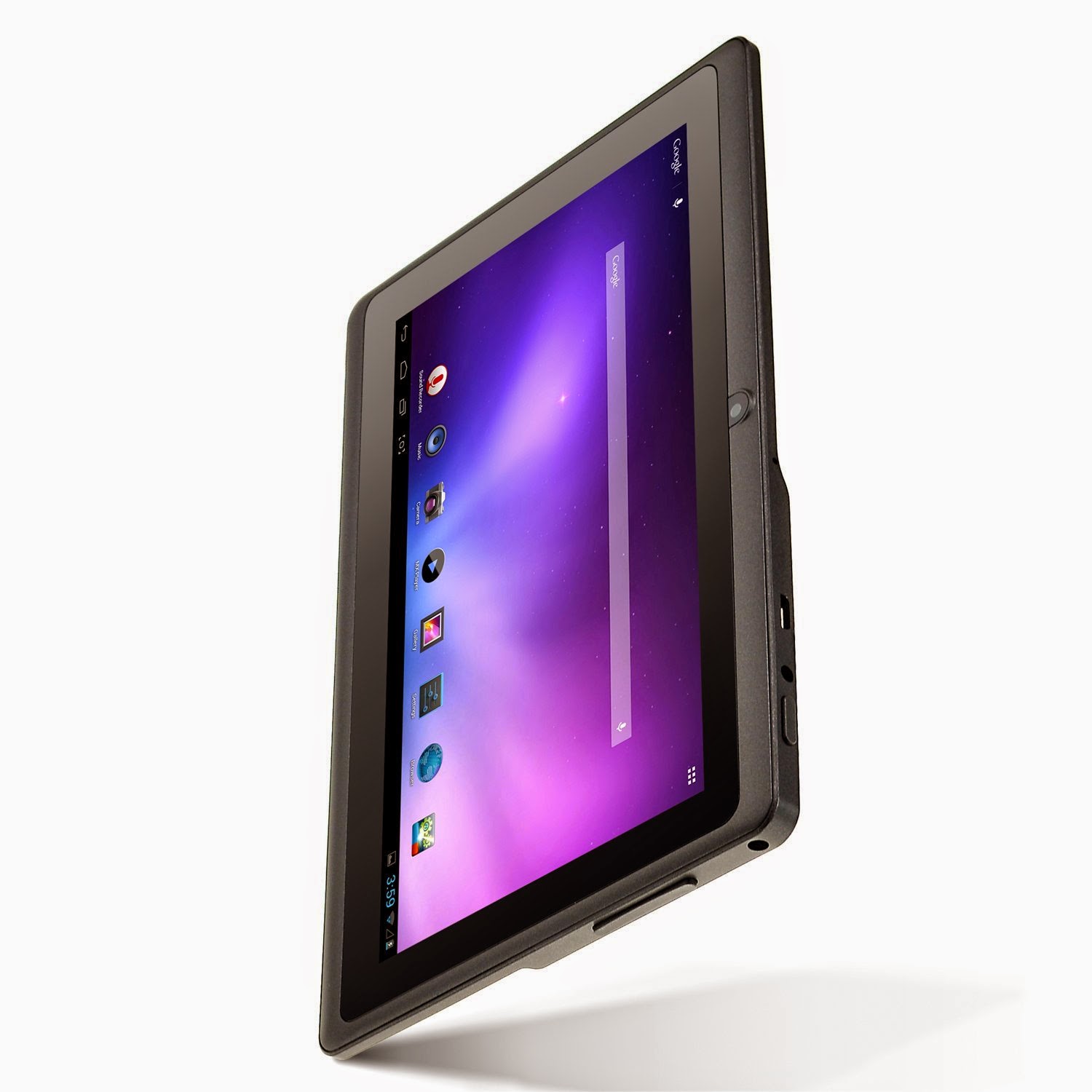