Do you unplug your computer during severe storms

Do you unplug your Computer during severe storms? If not, you may want to start. 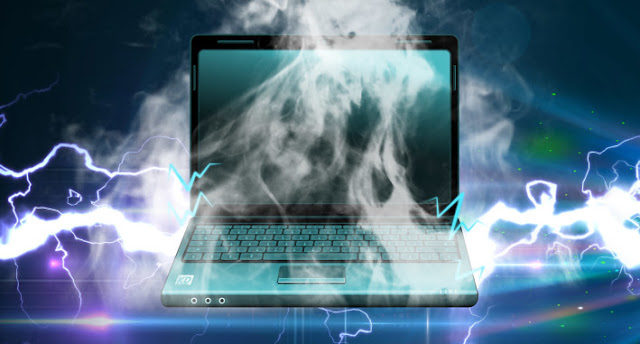 It’s long been known that frequent Electrical storms and power outages can damage electronic devices or full-out destroy them, and that includes computers. Anyone who claims otherwise is lying or misguided. The worst part is that power outages aren’t the only concern.

E-Win – Latest Offers
Column: Dear Rick Caruso: Running the…
4 Job Interview Tips: How to Make a G…
Are Crypto Signals Worth It?
How technology is giving beauty indus…
What are the risks of electrical failure? How do they impact your computer? And what can you do to protect your computer from being fried?
The electricity flowing through your home is not constant. Ideally it would be, but the reality is that electrical currents can sometimes drop in voltage and other times surge with extra power. All of these can have undesirable effects.
When power completely shuts off, it’s known as a blackout. These tend to occur due to issues beyond your control (e.g., power station disruptions, damaged electrical lines, etc.) but sometimes they can be self-inflicted (e.g., by shorting or overloading circuits).
And then there’s a similar issue called brownout, which is when your electrical voltage experiences a temporary drop without fully blacking out. If you’ve ever seen your lights dim for unknown reasons, it was probably due to a brownout. Brownouts can be intentional as a way to reduce electrical loads and prevent blackouts, though they can be unintentional as well.
On the other side of the spectrum, we’ve got the power surge, which is when an appliance receives more electricity than intended for at least three nanoseconds. Surges can be caused by a number of factors, including short circuits and electrical line malfunctions. If the increased voltage only lasts one or two nanoseconds, it’s a power spike, which is most commonly caused by lighting. 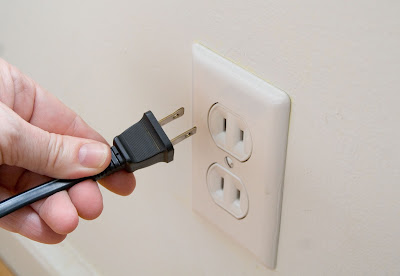 The only fool proof way to protect your computer against electrical anomalies is to unplug it completely until the danger has passed. Seriously, it has to be physically disconnected. Flipping your power switch to “off” isn’t going to cut it. This is the only method of protection with a 100 percent success rate against power outages and power surges.
That being said, some of us are probably going to ignore the storm and stay plugged in regardless. It wouldn’t be the smartest move, but definitely understandable. In that case, there are two semi-effective alternative methods.
Against power outages, you’ll want an uninterruptible power supply (UPS). This apparatus contains a backup battery that will continue to provide power to your computer even when your power goes out. Most UPS devices only last a few minutes, but that should be enough time for you to issue a proper shutdown.
UPS devices can also come equipped with surge-protected outlets. If you live in a building or location that frequently experiences outages a UPS will be a strong investment. If you need help picking one, Off Grid has a wide range to choose from. 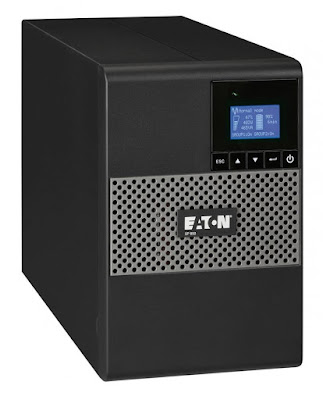 Sudden changes in electrical voltage can cause real damage to your system and/or your hardware. Don’t fall into the trap of thinking it would never happen to you. Protect yourself early, protect yourself adequately, and don’t forget to back up your data!


This post first appeared on Small Business IT, please read the originial post: here
People also like
E-Win – Latest Offers
Column: Dear Rick Caruso: Running the Grove isn’t as easy as running the city
4 Job Interview Tips: How to Make a Great Impression
Are Crypto Signals Worth It?
How technology is giving beauty industry a makeover

Do you unplug your computer during severe storms