Which is better value for money – HTC Vive or Oculus Rift?

If you’re planning on buying a high-end Virtual Reality Headset, then you’re probably not too concerned about money!

What Marathon Running and Successful …
BCH has Latent Potential to Rise by 1…
Green Plastics? A Review of Medium De…
How To Stay Focused And Motivated In …
Teenage defibrillator game dangerous …
But, let’s just say you are putting price first, rather than looking at all the different features and experiences Oculus Rift and Htc Vive will offer. Here’s a rundown of how these two VR headsets compare on value, past just the sticker cost…
HTC Vive – $799 /  ± R 12 000
Apparently the HTC Vive will include everything you need for a complete virtual reality experience, minus the kitted out PC. Here’s what it includes: 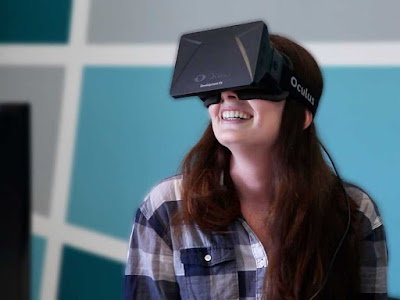 o   One head-mounted display with front facing cameras
o   Two wireless base stations
o   Two position-tracking controllers
o   Bundled game: Job Simulator
o   Bundled game: Fantastic Contraption
HTC’s approach resembles what Microsoft originally attempted to do with the Xbox One. By bundling Kinect cameras, Microsoft hoped lots of games would include motion-tracking and voice controls by default. Likewise, HTC and Valve are aiming for a big range of games that follow your feet and hands around!
Oculus Rift: $599 / ± R 9 000
Oculus has chosen to take the minimalist approach with its Rift headset and it comes in a lower price than the HTC Vive. Here’s what’s in the box: 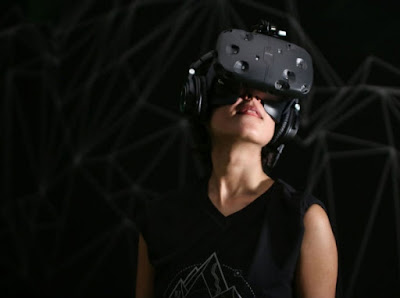 o   One Oculus Rift headset
o   Desktop IR LED-tracking sensor
o   Xbox One controller
o   Oculus Remote controller
o   Bundled game: Eve Valkyrie
o   Bundled game: Lucky’s Tale
Oculus plans to sell its hand-tracking touch controllers in the second half of this year. Not only that, but you’ll be able to stick a leap motion controller to the headset, though it’s unclear how much app and game support this accessory will get in the long term.
The Oculus Rift seems like a slightly better value, but with diminishing returns as you spend more for the full VR experience, its best to just be wise and bet on the system you believe in most, regardless of the cost.
Need some friendly IT advice? The Computer Guyz can help you out! Pop in at one of our branches in Cape Town or Centurion and we can offer anything from general IT support and repairs to website design and hosting.

Which is better value for money – HTC Vive or Oculus Rift?