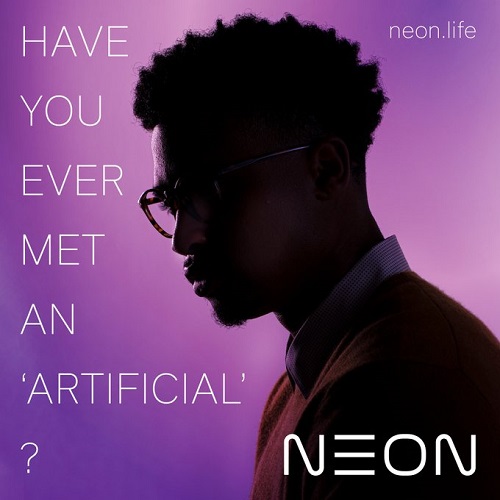 Samsung will showcase a new Artificial Intelligence product named Neon at the annual consumer technologies event CES 2020. Neon, as reported, has nothing in common with the company’s A.I.-powered digital assistant Bixby.

Little is known so far about Neon on the product’s social media pages. The pinned tweet for Neon’s official Twitter account, meanwhile, is just three words that form a cryptic message.

Supporting the “Artificial Human” teaser is a series of posters bearing the tagline “Have you met an ‘artificial’?”, with some of them in foreign languages.

According to speculations, Neon is a more advanced version of Bixby  as Samsung has described the product as an “artificial intelligence being” that may become a user’s “best friend.”

Samsung Technology and Advanced Research Labs, or STAR Labs developed Neon. Leading the unit as its President and CEO is Pranav Mistry, who is best known for his work on the Sixth Sense augmented reality technology and the Galaxy Gear smartwatch.

Many observers still can’t figure out how Neon will be different from Bixby, and how it will be an improvement to the shortcomings of Samsung’s digital assistant. However, they won’t have to wait for long as Neon is set to be unveiled after just over a week at CES 2020.

The annual trade show will officially open the exhibition floor of the Las Vegas Convention Center on January 7.