There are basically 4 major GSM Network and internet service providers in Nigeria and we have them as MTN, Airtel, Glo and 9Mobile for Etisalat, though 9mobile is on the verge of being sold and Glo is looking likely to be the network provider to buy out 9mobile.

But it is surprising to know that out of these 4 Network Providers, one particular network is always in the news for the wrong reason.

Yes, we cannot deny that Glo is the true and self-acclaimed grandmaster for data, which they have used over the years as the only selling point and a way to make up for their other not so-good services especially when it comes to internet services. 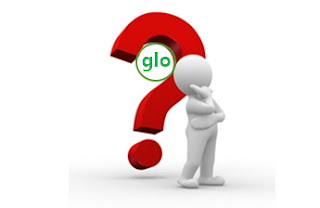 It is only Glo network that people complain about that they are unable to use to access certain websites both on desktop and mobile devices and this particular issue has been lingering for months now and no end in sight.

With other networks, you can easily access all websites regardless of the site being on Wordpress, Blogger, Drupal etc. platform but with Glo you will not be able to access certain Blogger sites on desktop and on mobile devices respectively.

Now the question that many should be asking is why always Glo? What is that other network providers are really doing that Glo needs to learn from?

The truth is that when a particular network is always been called out for wrong reason then we must say that it is high-time the stakeholders in that company declared a state of emergency on the services they render to the public and they should as a matter of urgency rally round to set things in order for better and quality service delivery to their customers.