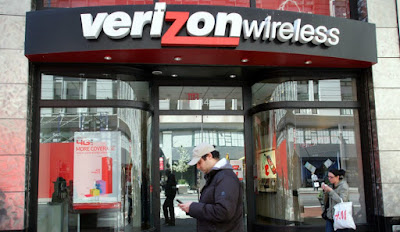 Verizon Wireless seems to be changing its tunes very soon. The cellular service provider has decided to issue a software update. This software update will affect its remaining customers using the Samsung Galaxy Note 7 phones.

What is actually cooking?

Samsung had issued a worldwide Note7 recall during the month of September 2016 because of battery issues. The compact body of the Note7 was causing some of those smartphones to catch fire in many parts of the world. An overheating problem was also identified. The company somehow came up with some solutions to the problem but, those solutions did not work at all. Samsung even tried to solve the problem by giving replacement units to the customers who returned their phones to the company. But even the replacement units had their own problems. This forced Samsung to issue a second global recall of the Note7 and permanently stop its production. Almost 93% of Samsung Galaxy Note7 owners returned their phones to Samsung and to their respective cellular phone service providers.

The largest cellular phone service provider in United States had initially refused to issue this update for its customers using the Samsung Galaxy Note7 phone because it will be a huge inconvenience for those that chose not to switch to some other phone.
Verizon Wireless has Delayed This Update

However, Verizon Wireless Cell Phone Service users will not get this update because the company has delayed it. The company wants its customers using the Samsung Galaxy Note7 phone to be able to stay connected to their personal and professional contacts, first responders and all sorts of medical emergencies during the holiday travel season. This news has been confirmed by the largest cellular phone service provider in United States on its Note7 Recall website. Verizon Wireless customers having Samsung Galaxy Note7 will get this update either on 5th January 2017 or a little later.

What about the Rest of the Carriers in US?

Other leading cellular phone service providers in United States such as AT&T, Sprint and T-Mobile, are also pushing this specific software update from Samsung for their customers having the Note7 phone. T-Mobile cell Phone Service users may get this update on December 27, 2016. Talking about AT&T cellular phone service subscribers, they will get this update on 5th January 2017 whereas Sprint will push out this new software updates for its customers on 8th January 2017.

It looks like Verizon Wireless cell phone service users must gear themselves up for returning their expensive Samsung Galaxy Note7 smartphones to their carrier. Verizon Wireless is already going through a topsy-turvy time in the wireless sector and this update from Samsung has suddenly come like a bolt from the blue for the company. Nothing can be said about the impact of Verizon Wireless’s decision to provide this update to its customers. Only the time will tell. Keep coming back here as we will keep on updating you in this regard.