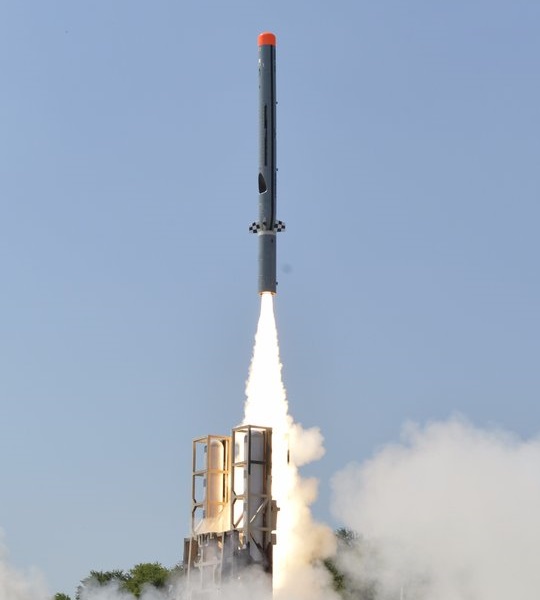 The missile has the capability to loiter and cruise at 0.7 Mach, at altitudes as low as 100 m. The flight test achieved all the mission objectives completely from lift-off till the final splash, boosting the confidence of all scientists associated with the trial.

The missile majestically cruised for a total time duration of 50 minutes, achieving the range of 647 km, even though it is designed for a 1000 km range.

The guidance, control and navigation system of the missile is configured around the indigenously designed Ring Laser Gyroscope (RLG) and MEMS based Inertial Navigation System (INS) along with GPS system.

Currently Indian arsenal consist of the Indo-Russian BrahMos supersonic crusie missile with a range of 290 km. India had tested an extended 400 km range version of the BrahMos in March 2017.