A novel technique to manage diabetes non-invasively using static electric and magnetic fields has been developed by a team of scientists at the University of Iowa. Their new discovery has already successfully managed “2 major hallmarks of type-2 diabetes” in mice.

Proudly presenting their findings to the world, Calvin Carter, one of the lead authors of the paper, “Exposure to electromagnetic fields (EMFs) for relatively short periods reduces Blood Sugar and normalizes the body’s response to insulin. The effects are long-lasting, opening the possibility of an EMF therapy that can be applied during sleep to manage diabetes all day.”

We are exposed to EMFs abundantly from telecommunications, mobile devices, microwave ovens, navigation systems, medical applications such as MRIs / EEG and so on. But the effect of EMFs on our biology is still to be completely understood.

“Early literature pointed to a quantum biological phenomenon whereby EMFs may interact with specific molecules. There are molecules in our bodies that are thought to act as a tiny magnetic antenna, enabling a biological response to EMFs. Some of these molecules are oxidants, which are studied in redox biology, an area of research that deals with the behaviour of electrons and reactive molecules that govern cellular metabolism,” says Prof. Carter.

The research proved that the effect of EMF changes the levels of oxidants and antioxidants in the liver making the body more sensitive for insulin and prolong activation of antioxidant response. The function is supported by small magnetic antennae in the liver which are actually tiny reactive superoxide molecules.

“When we remove superoxide molecules from the liver, we completely block the effect of the EMFs on blood sugar and on the insulin response. The evidence suggests that superoxide plays an important role in this process,” says Prof. Carter.

The two lead authors of the study were researching on two different studies when they exchanged some of the mice that Prof. Carter was testing for his study on the effects of EMFs on brain and behaviour.

Stating her surprise, Sunny Huang, co-lead author of the study, “It was really odd because normally these animals have high blood sugar and type 2 diabetes, but all of the animals exposed to EMFs showed normal blood sugar levels,”

This simply should not happen as these mice were genetically modified to be diabetic! 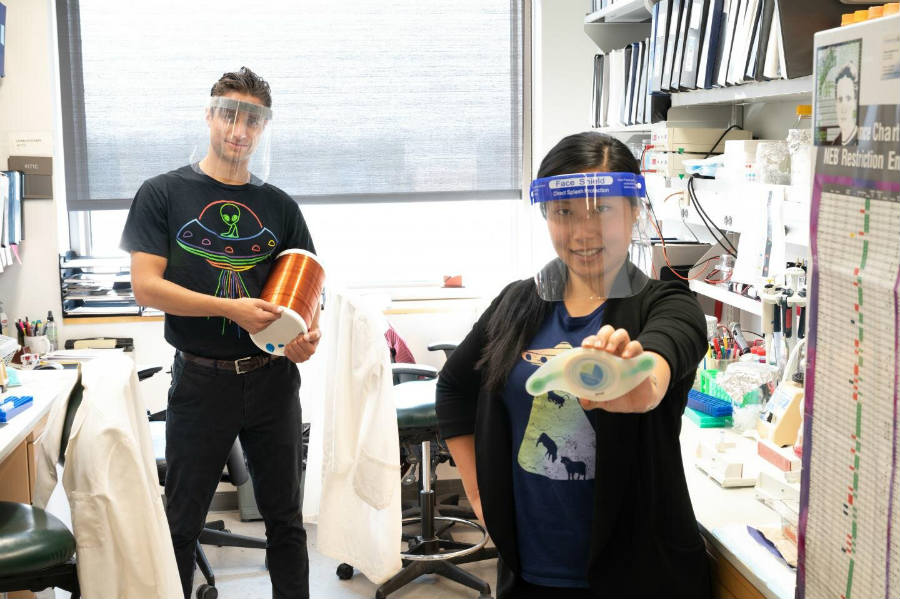 The blood sugar levels were successfully controlled in three different mouse models with type-2 diabetes with a dose of wireless static magnetic and electric fields.

The dose which is about 100 times more than that of the earth, reversed their insulin resistance when applying for three days continuously during sleep! The mice did not display any adverse effects from the EMFs.

They have already tested the effect on human liver cells and observed positive results on insulin sensitivity. And they hope to get human participants to test their model while remaining within the WHO guidelines on safer EMF levels.

The team is currently studying on larger animal models. The researchers hope their discovery would certainly open doors on new ways to treat and manage diabetes effectively and help especially those who find the current treatments unmanageable.

“Our dream is to create a new class of non-invasive medicines that remotely take control of cells to fight disease.” Prof. Carter.

The research has been published in the journal, Cell Metabolism.