Marvin Lee Minsky (born August 9, 1927) is an American cognitive in the field of artificial intelligence (AI), co-founder of MIT 's AI laboratory, and author of several texts on AI and philosophy.

Minsky won the Turing Award in 1969, the Japan Prize in 1990, the IJCAI Award for Research Excellence in 1991, and the Benjamin Franklin Medal from the Franklin Institute in 2001.

Minsky is listed on Google Directory as one of the all time top six people in the field of artificial intelligence. Isaac Asimov described Minsky as one of only two people he would admit were more intelligent than himself, the other being Carl Sagan. Patrick Winston has also described Minsky as the smartest person he has ever met. Minsky is a childhood friend of the Yale University critic Harold Bloom, who has referred to him as "the sinister Marvin Minsky." Ray Kurzweil has referred to Minsky as his mentor.

Minsky wrote the book Perceptrons (with Seymour Papert), which became the foundational work in the analysis of artificial neural networks. This book is the center of a controversy in the history of AI, as some claim it to have had great importance in driving research away from neural networks in the 1970s, and contributing to the so-called AI winter. That said, none of the mathematical proofs present in the book, which are still important and interesting to the study of perceptron networks, were ever countered.

Minsky was an adviser on the movie 2001: A Space Odyssey and is referred to in the movie and book.

Probably no one would ever know this; it did not matter. In the 1960s, Minsky and Good had shown how neural networks could be generated automatically—self replicated—in accordance with any arbitrary learning program. Artificial brains could be grown by a process strikingly analogous to the development of a human brain. In any given case, the precise details would never be known, and even if they were, they would be millions of times too complex for human understanding.

In the early 1970s at the MIT Artificial Intelligence Lab, Minsky and Seymour Papert started developing what came to be called The Society of Mind theory. The theory attempts to explain how what we call intelligence could be a product of the interaction of non-intelligent parts. Minsky says that the biggest source of ideas about the theory came from his work in trying to create a machine that uses a robotic arm, a video camera, and a computer to build with children's blocks. In 1986, Minsky published Robotics, a comprehensive book on the theory which, unlike most of his previously published work, was written for a general audience.

In November 2006, Minsky published The Emotion Machine, a book that critiques many popular theories of how human minds work and suggests alternative theories, often replacing simple ideas with more complex ones. Recent drafts of the book are freely available from his webpage. 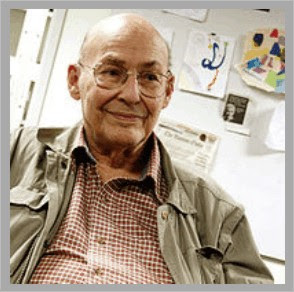 Minsky is an actor in an artificial intelligence Koan (attributed to his student, Danny Hillis) from the Jargon file:

In the days when Sussman was a novice, Minsky once came to him as he sat hacking at the PDP-6 (computer).
"What are you doing?" asked Minsky.
"I am training a randomly wired neural net to play Tic-tac-toe,”
Sussman replied.
"Why is the net wired randomly?", asked Minsky.
"I do not want it to have any preconceptions of how to play," Sussman said.
Minsky then shut his eyes.
"Why do you close your eyes?" Sussman asked his teacher.
"So that the room will be empty."
At that moment, Sussman was enlightened.

What I actually said was, "If you wire it randomly, it will still have preconceptions of how to play. But you just won't know what those preconceptions are." --Marvin Minsky