MAHE Pro Vice Chancellor to Take Over as President MUJ 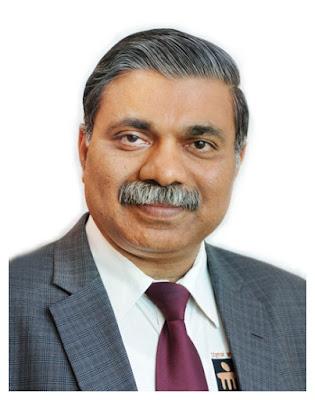 Dr. G.K. Prabhu, Pro Vice Chancellor of Manipal Academy of Higher Education has been appointed as President, Manipal University Jaipur (MUJ). He will take charge on February 14, 2018. Dr. Prabhu has held a number of posts in MAHE, Manipal. In September 2015, he was chosen to head Manipal Institute of Technology. And, while still holding the Director’s post, he was made Pro VC (Technology and Management) in April 2017. He was responsible for the development and implementation of Manipal University’s Strategic Plans for its Engineering and management institutions.
Prior to becoming Director of MIT, Dr. Prabhu served as the Registrar of the University for seven and half years. Dr. Prabhu started his career as Lecturer in Electronics and Communication Engineering, MIT, Manipal in 1989. Since then, he has served the institute in various capacities such as Head of the Department of Biomedical Engineering, Associate Director (Research & Development) and Deputy Registrar (Technical), Manipal University.
As an acclaimed teacher, he carved a niche for himself. He is passionate about research and has several publications in reputed national and international journals. He was honored with the “Shri Shyam Lal Saxena Memorial Award” from the National Academy of Medical Sciences for his published work in Biomedical Engineering in 2007.
Dr. Prabhu is an active member of the “Biomedical Engineering Society of India” (BMESI), a professional body and was the Secretary of this association during 2002-08. As Director MIT, he has led several student focused initiatives, including initiating the upgradation and modernization of the MIT campus and infrastructure. His open-door empathetic approach and management style continue to win him admiration and plaudits from his colleagues, faculty and students. For his several achievements and his contributions to the local community the District Administration has honored him with the ‘Udupi District Kannada Rajyostava Award’ in November 2017.
Dr. Prabhu completed his schooling in Karkala, where he belongs to. He obtained his B.E. degree in Electronics and Communication Engineering from the Bapuji Institute of Engineering and Technology, Mysore University in 1989. With a passion for applying engineering principles to solve problems of medicine and biology, he pursued his M.Tech in Biomedical Engineering in 1994 from Manipal Institute of Technology, Mangalore University with a first rank and completed Ph.D. in 2001 from Indian Institute of Technology, Madras.

CorelDRAW Photo Sale: Up to 30% OFF
Kanye West Reacts To Kim Kardashian A…
5 Best Back Shavers: Buyer’s Guide & …
Never again will I destroy all living…
Develop a Cooking Recipe App Like Tas…

MAHE Pro Vice Chancellor to Take Over as President MUJ