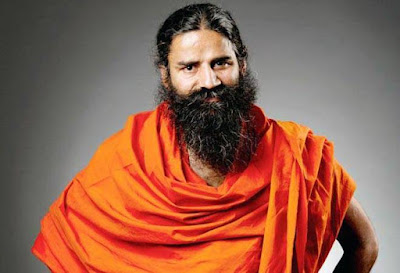 Baba Ramdev’s Patanjali Ayurved is India’s fastest-growing consumer products brand and has unnerved its competitors with the skyrocketing sales of its products. After giving a tough competition to multiple Fast-moving consumer goods (FMCG) giants in India’s domestic market, Patanjali Ayurved is believed to be in talks with Amazon, Flipkart, and BigBasket, among others for partnerships that will boost its sales on the internet.
Baba Ramdev during his company’s annual press conference on May 4 in New Delhi had said that this year, the company would focus on e-commerce as one of the growth drivers. Though Patanjali has its online presence on its site www.patanjaliayurved.net, the company wishes to reach a wider audience and spread its reach with the help of e-commerce giants in the market.
Acharya Balkrishna, a close aide of the Baba Ramdev has left no stone unturned to make Patanjali products a huge hit in Indian market and in markets abroad.
Patanjali plans to open exclusive stores online on each of these platforms. “We are working on those lines, but it’s not yet finalised,” Balkrishna informed. Balkrishna, who has over 50,000 followers to his Twitter handlealong with Ramdev have their major contribution in the success of Patanjali. Balkrishna said, “Ecommerce is becoming an important channel, and we don’t want to miss the opportunity to address customer’s needs online. We will work on the logistics and make the experience better for our customers.”
Patanjali’s plan of overseas expansion is in line with the government’s Act East policy. The policy emphasises ties with India’s immediate neighbourhood and in the Asia-Pacific. Patanjali has already set up its production units in Nepal and Bangladesh and it is the first time Patanjali is reaching out to consumers from East Asian countries.
Growing at a rapid speed, Patanjali’s overall turnover in the financial year 2016-17 stood at Rs 10, 561 crore. Out of the total profit earned, Ramdev said Patanjali Ayurved alone accounted for Rs 9,346 crore and Divya Pharmacy Rs 870 crore. With this, Ramdev’s Patanjali group has become the third-largest FMCG player in the country which has conveniently surpassed other major competitive firms like Nestlé India (Rs 9,159 crore) and Godrej Consumer (Rs 9,134 crore) and Dabur (Rs 7691 crore).
While announcing the company’s turnover earlier this month, Ramdev said that in India, FMCG has meant MNCs so far. “We at Patanjali have broken that monopoly,” We are not a corporate house. Our products have no chemicals and are priced at ranges that are affordable to people”, he added. The yoga practitioner said that the company will create more entrepreneurs and shall have a distributor’s network of 6,000 now.