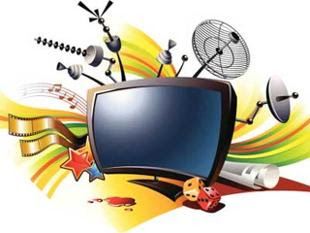 India’s largest online entertainment ticketing company Bookmyshow has announced that it has acquired Nfusion for an undisclosed amount in an all cash deal. This comes at a time when BookMyShow after redefining the movies and events ticketing space, is well on its path to become the ultimate entertainment destination for users.
Nfusion was set up in Middle East in 2009 by Shoaib G.M. Khan, Sivagurunathan S and Prabhakar Reddy as a HD video-on-demand platform which allowed its users to stream videos online. While Shoaib (alumnus of BITS Pilani), designed, built and managed the end to end media platform, Prabhakar (alumnus of BITS Pilani and Harvard Business School) led the Product, Monetization and Business Development at Nfusion. Sivagurnathan (alumnus of BITS Pilani and IIM Bangalore) designed and managed the information security and infrastructure for Nfusion's media portal.
Nfusion’s scalable tech solutions, especially CMS (content management system), will be key to the success of BookMyShow’s foray into Audio Entertainment. The acquisition not just provides BookMyShow a robust tech platform but also an experienced team which will provide a fillip to BookMyShow’s audio entertainment offerings. While the Nfusion team will be headed by Shoaib, Sivagurunathan will lead the Architecture and Devops teams at BookMyShow.
Parikshit Dar, Director, BookMyShow said, “We have already established our video content vertical and are now excited to foray into audio entertainment through our offering ‘Jukebox’. The Nfusion team has brought with them immense experience, innovation capability as well as expertise in building and managing scalable tech solutions.  With them and our music label partners, we look forward to offering the widest variety and possibly the best curated audio content to our users.”
Through Jukebox, BookMyShow already offers free music downloads to its users. Anytime users book movie tickets on BookMyShow, they are rewarded with music credits which can be redeemed to download their favorite songs on the Android or iOS app. Currently, BookMyShow offers over 1.5 million songs to choose from and has already been witnessing 300% growth m-o-m in the number of downloads.
To lead this vertical, BookMyShow has appointed Aditya Kuber as Associate Vice President – Audio Entertainment. He will report to BookMyShow CEO and Founder, Ashish Hemrajani. Aditya’s role will be instrumental in driving partnerships with music labels and distributors, creating exclusive audio content for BookMyShow users, and product marketing. He brings with him over 17 years of experience and has a demonstrated history of working across media, publishing, digital, and advertising.
BookMyShow had earlier acquired Chennai based online ticketing player TicketGreen in 2013. The company then acquired a majority stake inBengaluru-based social media analytics start-up Eventifier in 2015 and Chennai based fan relationship management (FRM) solutions provider, Fantain Sports Pvt. Ltd. in 2016. In 2017, BookMyShow acquired Hyderabad based online movie ticketing platform MastiTickets, invested in Pune based DIY platform Townscript and also acquired Mumbai based local food and restaurant recommendation engine Burrp.