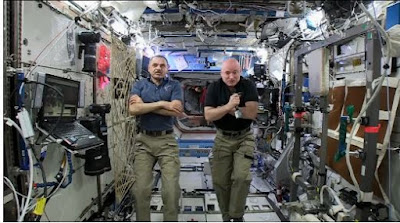 Screenshot of Cosmonaut Mikhail Kornienko (left) and Astronaut Scott Kelly (right) during the live interview from the International Space Station on November 17, 2015.
Source: Aol.com
On November 17, 2015, Astronaut Scott Kelly and cosmonaut Mikhail Kornienko gave a live interview from the International Space Station (ISS) to AOL.com. The interview which lasted almost 8 minutes highlighted some of the current conditions the men where experiencing during their mission. Kelly and Kornienko  have spent twice as much time than a typical ISS crew member and have spent also eight months aboard the station as part of a one-year mission, to more understand the effects that weighlessness has on the human body.

One of NASA's future goals is towards the travel to the planet Mars and with this mission, effects on a human's mental state during long periods of time in harsh environments can be analyzed. Kelly recently completed his second space walk on November 6th and took his first ever space walk on October 28th.  Kelly has currently spent the longest time in space than any other American. 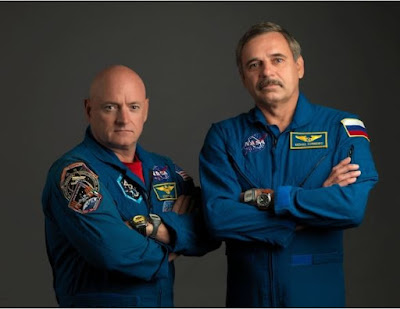 Astronaut Scott Kelly and cosmonaut Mikhail Kornienko.
Source: NASA
The Kelly and Kornienko were interviewed by editor Alicia Maye of AOL.com. During the start of the interview Maye asked where they currently where located and Kelly replied with "We're over the Southern Hemisphere" and "going along the west coast of South America," and "heading South along the Andes."
When Maye asked if they were feeling any effects from the 234 days they had spent on the ISS during the time of the interview, Kelly replied with he was sure about the muscle mass he may of lost or the radiation that he might have received while there and that they both wouldn't know the full effects until they get back home. Korinenko, through an interpreter said that he had, "better near vision, that he wasn't sure why and that scientist would tell him later. Kelly also said that he noticed that a "year in a long time," and that he felt that he lived his "whole life up here."
The men showed some cool tricks in their environment, like flipping with no hands and at one point in the interview at crew member floated past. Kelly said that the floating around makes some of the things that they have to do a bit harder but also provided a bit of humor saying that the environment was good for moving heavy things, than on Earth.  Maye asked a question from Twitter from topic #AskScottKellyOnAOL. The question was a inquiry on how the men stay mentally strong during their time in space. Kelly stated that NASA has a "good selection process and training," and that he felt "pretty well prepared." He also stated the sometimes he is "not 100% all of the time," but he "puts the whole thing in perspective," and that he will "be home someday" and that they do their "work with enough enthusiasm and energy to get job done."
Much of their work includes running tests and collection data through use of imaging and ultrasounds as described by Kelly. He stated when asked about the ideal qualities for a candidate going on a journey to Mars, that ideally someone with a science and engineering background. Also having a military and operational background is good. He said that when things break down on the ISS they are the ones to fix them and though they have help on the ground it still is good for a person of kind of the "jack of all trades" to be in that kind of environment. There is a doctor on board the ISS and as Kelly mentioned if the doctor gets sick then they have to be the doctor, there is also a gym as stated by Korinenko.
The full interview can be found on the AOL.com website.
Here are a few more screenshots taken from the interview: 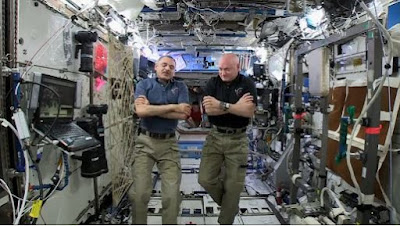 Korinenko floats the microphone over to Kelly. 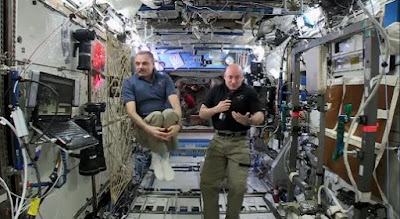 Korninenko shows his weightlessness.
Since Kelly been living on the ISS, he has been very active on Twitter, posting pictures of the Earth and other science related features form his view.
Here are a few of those tweets:

Nothing like a little #aurora to get things started. Good morning from @space_station! #YearInSpace pic.twitter.com/xMDGoWqXoy
— Scott Kelly (@StationCDRKelly) November 17, 2015

#FlashBackFriday Last Friday #spacewalk. Seems like I've held this position all week but on the inside. #YearInSpace pic.twitter.com/Qudm2MSUKW
— Scott Kelly (@StationCDRKelly) November 13, 2015

Day 212 Getting my game face on for #spacewalk Thanks for sticking w me #GoodNight from @space_station! #YearInSpace pic.twitter.com/F1vKUZdTPV
— Scott Kelly (@StationCDRKelly) October 26, 2015

If you are thinking of becoming an astronaut, NASA recently opened up their Astronaut Selection Program and they are presently accepting applications.

The ISS is constantly moving about in space and ISS AstroViewer is a great site to track the station's current location.
The date set for the trip back home is set for March 2016. 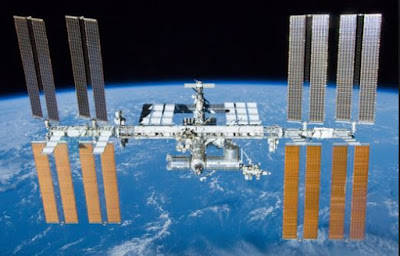 Self Motivation: How to Keep Moving F…
SAP promotes Verena Siow to President…
Is ‘ Yellowstone’ on Netflix or Hulu?…
Best List of End of School Year Pictu…
Best 4K Space Wallpapers to Download …

Which Scott mountain Bikes You Should prefer?